Institutional changes In Italy: Two reforms that make the difference

The Oxford University Italian Society, in collaboration with the Italian Embassy in London and the Blavatnik School of Government, is honoured to announce the visit of Hon. Maria Elena Boschi, Italian Minister of Constitutional Reforms and Relations with Parliament, who will deliver a lecture titled 'Institutional Changes In Italy: Two Reforms That Make The Difference'.

The lecture is free and open to all.

The event will be streamed live and recorded on the Blavatnik School of Government YouTube channel. 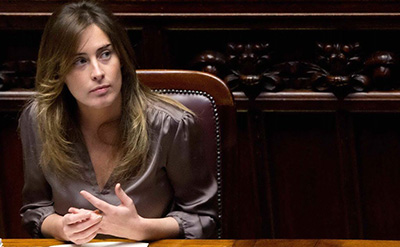 Hon. Maria Elena Boschi was elected as MP in the Italian Parliament in March 2013 and was named Minister in February 2014. She has a law degree from University of Florence and is a lawyer specialising in business. She was on the board of directors of Publiacqua, a public utility in Tuscany, until June 2013.

In this online conference, disabled philosophers present their cutting-edge research on disability and social change, and examine the relationship between philosophy of disability and the tradition and discipline of philosophy.