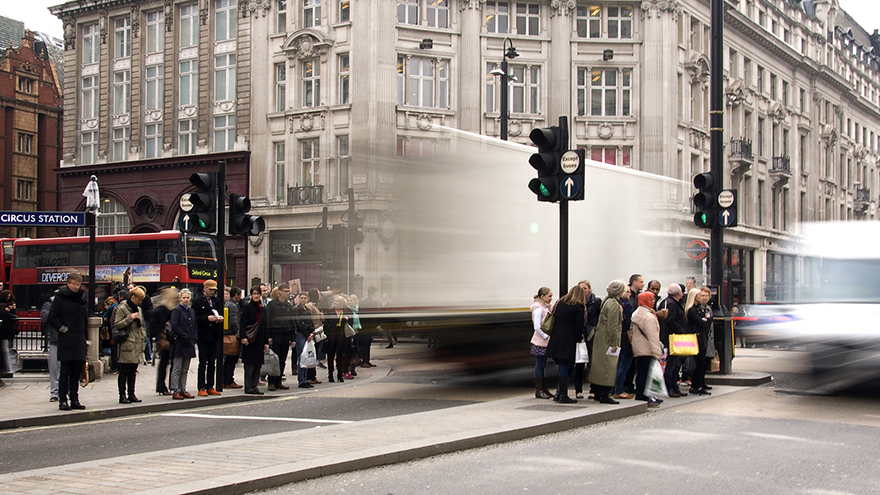 If you happen to visit Egypt and find yourself in the famous Tahrir Square, you might be puzzled: how could this space accommodate two million protesters? In fact, the square looked different at the time of the Arab Spring, up until the new military government ringed its central part with an iron fence. A similar transformation happened with the Pearl roundabout in the capital of Bahrain where demonstrators used to gather — it was turned into a traffic junction. In my hometown, Moscow, the square where millions called for the end of Soviet rule in 1991 now houses an hideous shopping mall.

For a pro-liberty movement to raise its head, Twitter is not enough: face-to-face contact is crucial. That is why when oppressive governments want to destroy civil society, they destroy public spaces. Street markets, green squares and lively parks (think of the iconic Hyde Park corner) are places where citizens meet, negotiate and slowly learn to trust each other. Joseph Stalin knew it well, hence he made sure that city dwellers had no public spaces to socialise in. The results were devastating: chronic mistrust that post-communist societies are yet to overcome. Today, 30 years after the fall of the Berlin Wall, the levels of social capital in Dresden and Leipzig are still lower than in Munich and Hamburg, which bears its economic as well as political costs.

One study shows that residents living in walkable neighbourhoods exhibit at least 80% greater levels of social capital than those living in car-dependent ones. That is something to consider, given that only a half of Brits know their neighbour’s name. The economic benefits are also clear: improved walking infrastructure can increase retail sales by 30%. London has witnessed it on Oxford Street where the creation of a Tokyo-style pedestrian crossing led to a 25% increase in turnover in the adjacent stores.

In the 20th century, the world has fallen in and out of love with urban utopias. Le Corbusier’s “Radiant City” with its enormous avenues and gigantic block houses is probably the most famous (or infamous) proposal — look for gloomy pictures to get an impression on how Paris would look like if his ideas were put to practice (or just imagine Barbican extended to the size of a city). American journalist and one of the founders of modern urban studies, Jane Jacobs, challenged these ideas in “The Death and Life of Great American Cities” while praising spontaneous order in urban development.

What was common for the socialist urban projects? They glorified the automobile as a means of transportation. In contrast, the most appealing examples Jacobs presented in her book were all neighbourhoods with intense pedestrian flow. Besides boosting community life and helping cities to prosper, she argues, walkable cities are also safer ones. More pedestrians means more “eyes on the streets”, which lowers the need for police surveillance (Britain has almost 6 million CCTVs, one for every 11 people).

That’s all fine, but who pays? It’s true that large-scale urban redevelopment projects can be very expensive. However, engaging with private capital has proven to be a viable strategy both in and outside of the UK. One inspirational example comes from right across the Channel. In Rotterdam, local architects proposed a pedestrian bridge that would link two parts of the city separated by a railroad. When the local government refused to fund it, they launched a public crowdfunding campaign and raised enough money to complete the project. This is a perfect example of how social capital can bridge aspirations and reality — sometimes even literally.

Many citizens are sceptical about large-scale urban projects, and for a reason: the most ambitious of them are being implemented in a top-down-way. Take Barcelona’s car-free ”superblocks” or Paris' mayor’s pledge to halve the number of private cars — both faced strong opposition from residents. Back in the sixties, Jacobs warned against one-size-fits all solutions. In one of her public speeches she pointed to the corner grocery store as a sign of commercial diversity in a city — and soon began to receive projects where planners literally allocated slots for corner grocery stores. Such “patronising conception”, she argues, is not something a modern city needs.

Of course, there will always be NIMBYs (“Not In My Backyard”) opposing any changes to the city landscape but YIMBY is the new black. Few years ago, when I was serving as an elected official in Moscow, I was the only outspoken YIMBY in my district. Once at the public hearings I was even accused of being bribed by the developer — just because I supported a private park project! Here, once again, we face the problem of trust, and it is hard to blame people for being distrustful when social ties are so weak. This vicious circle — no public spaces so no social capital, no social capital so no public spaces — should be finally broken.

This article was originally posted on The Adam Smith Institute on 28 February 2018.

Vera Kichanova is an alumna of the Blavatnik School of Government (MPP Class of 2016) and carried out her Summer Project placement at Zaha Hadid Architects where she is now working as urban policy researcher. She is a recipient of the John Blundell Studentship. She was the first Russian libertarian to be elected to public office and is currently working on her doctoral dissertation on market urbanism at King's College London.
Health Public sector
...
Development