Why don’t we trust our leaders? 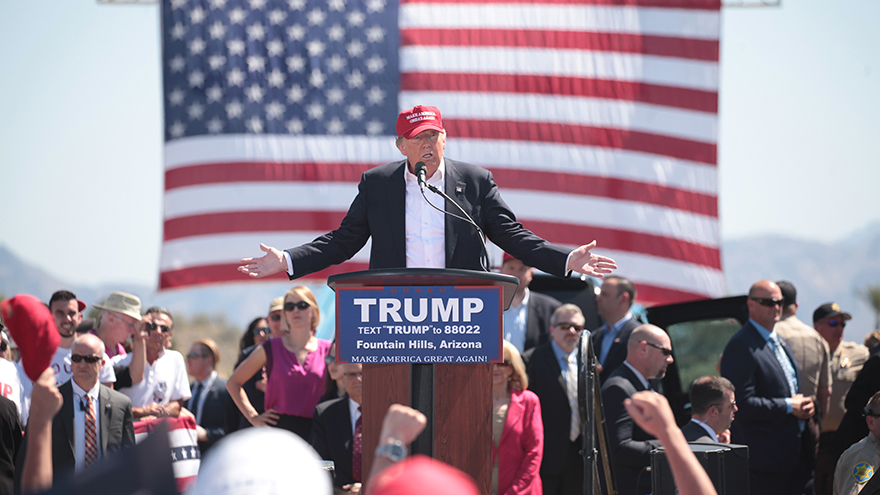 In developed democracies today, political leadership is increasingly up for grabs. Voters, clearly tired of the status quo, want change at the top, leaving even major parties’ establishments struggling to install leaders of their choosing.

In the United Kingdom, Labour Party MPs have been stymied in their efforts to unseat Jeremy Corbyn as leader. In Japan, the ruling Liberal Democratic Party’s preferred candidate for Governor of Tokyo, Hiroya Masuda, lost in a landslide to Yuriko Koike. As for the United States, the Republican Party wanted virtually anybody except Donald Trump to win the nomination for the presidency; yet Trump it is. And while the Democratic Party is being represented by the establishment choice, Hillary Clinton, her competitor, Bernie Sanders, put up a much stronger fight than virtually anyone anticipated.

The message to the establishment is clear: we don’t trust you anymore. But some of the leaders voters do trust could pose a very real danger – to their supporters, their countries, and the world.

Trump – with his admiration of dictators, unabashed racism and sexism, ignorance regarding the issues, and mercurial temperament – stands at the top of this list. Those who led the British campaign to leave the European Union – such as Conservatives like Boris Johnson (now the country’s foreign secretary) and Nigel Farage, the right-wing populist leader of the UK Independence Party – are similarly disparaged for recklessly jeopardising the future of the UK and the EU alike.

If mainstream leaders want to change voters’ minds, they should look carefully at what leadership really means. Here, it is worth recalling the insights of US General George C. Marshall, who contemplated the topic as he worked to rebuild the US military in the 1940s.

Marshall argued that leadership is a matter not of rhetoric, but of character. In particular, leaders must display three key qualities to win the trust needed to lead effectively: purpose, impartiality, and competence.

Purpose, in his view, meant putting the greater good ahead of one’s own interests. This kind of leadership still exists. A shining example is Jo Cox, the young British MP who was murdered during the Brexit campaign, whose leadership in advocating for the rights of refugees was recognised across party lines.

But, in many cases, politics has become a matter of self-promotion – and a race for ratings. In today’s celebrity culture, politicians must be “personalities". They campaign like contestants on a reality TV show. Trump, with his clownish looks and showbiz resume, is probably the ultimate example of this shift. (The Huffington Post even decided last summer to publish coverage of Trump’s campaign in its entertainment section.)

The problem is not only that this can lead to the election of utterly unqualified leaders. It is also that, once elected, even qualified leaders can struggle to shed the personal elements of their decision-making, and serve the country impartially instead.

The slippery slope is exposed in a memo – recently disclosed as part of the UK’s Chilcot Inquiry – written by former British Prime Minister Tony Blair to former US President George W. Bush in the run-up to the Iraq war. The note begins, “I will be with you, whatever.” He was talking about leading his country into war. Yet his language suggests that his personal bond with Bush somehow took precedence over his duty as Prime Minister.

Leading with purpose, rather than personality, is closely related to the impartiality that Marshall thought essential. Once in office, leaders must act with fairness and candour. They must resist the temptation to use official power to benefit themselves, their families, or their cultural identity group, and refuse enticements, however powerful they may be, to offer special access or protection to friends, funders, and lobbyists.

Maintaining a high standard of impartiality is not easy, but it is far from impossible. President Pedro Pires of Cape Verde was awarded the 2011 Ibrahim Prize for Achievement in African Leadership, for transforming his country into “a model of democracy, stability, and increased prosperity.” Pires retired from office without even a house to his name; he worked for the people, not to amass personal wealth.

The third criterion for good leadership – competence – is not just a matter of how much knowledge a leader already possesses. As Marshall noted, it also consists in leaders’ capacity to learn from their mistakes and to prepare themselves and those around them for important decisions. Chilcot’s verdict on Britain’s lack of preparation for the Iraq War and its aftermath is damning in this regard. So is the Brexiteers’ lack of any plan whatsoever for how to proceed after the referendum.

It is time to revitalise good leadership. Voters need to see candidates who show purpose, impartiality, and competence. If they don’t, they will continue to vote against the establishment that they believe has failed them – even if it means voting for turmoil in Europe or a reckless narcissist in the US.

Ngaire Woods is Dean of the Blavatnik School of Government and Director of the Global Economic Governance Programme. This article first appeared in Project Syndicate on 03 August 2016.
Democracy and politics Public sector
...
Global cooperation