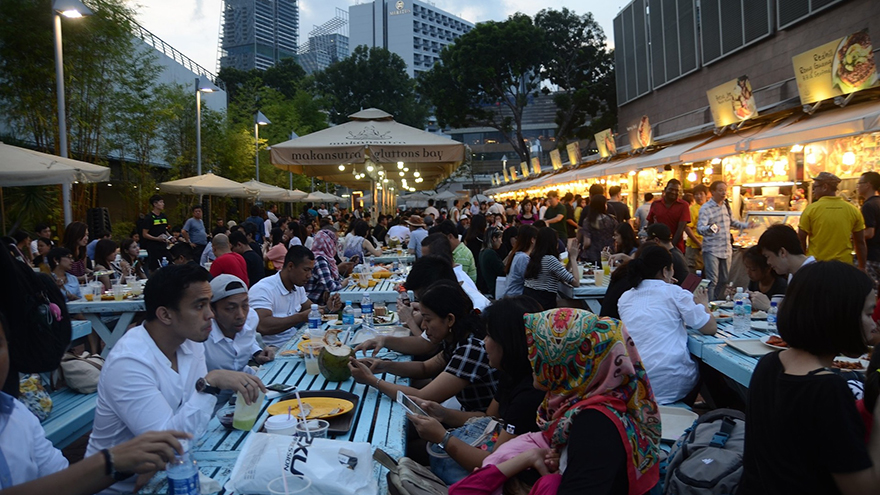 Some twenty years ago, Paddy Chew selflessly withstood a torrent of hate when he publicly came out as the first Singaporean HIV-positive individual. Amidst the cloud of uncertainty around the epidemiology of HIV back in 1998, Paddy implored his fellow Singaporeans to extend their compassion towards people living with HIV as he knew one thing for certain: “This disease does not discriminate – people discriminate.”

In January 2019, Singapore’s Ministry of
Health announced that an
individual had gained unauthorised access to the personal information of
14,200 people living with HIV. It was the Ministry’s biggest breach of patient
confidentiality to date. As of today, the person behind the leak remains
uncooperative and has repeatedly threatened to leak the HIV registry to the
public. There is a palpable sense of fear among one of Singapore’s most
vulnerable communities as they agonize over his next move in his mental game of
chess against the authorities.

If anything, this quagmire has exemplified how in the twenty years since Paddy came out, nothing much has changed in our national mindset. Myths over transmission have been debunked, pharmaceutical advances have substantially increased life expectancy and quality of life for people living with HIV, and pills that almost eliminate the risk of infection before intercourse (pre-exposure prophylaxis) are readily accessible. Yet, for most people living with HIV, the notion of being outed is unthinkable and they continue to harbour deep-seated fears of being stigmatised. This undergirds the fact that the fear between them and the wider general population is mutual; it runs in both infected and uninfected blood. *

The genesis of serophobia (the term that
describes the irrational fear HIV-negative individuals have towards people
living with HIV) in Singapore can be loosely dated back to April 1985 when The Straits Times, Singapore’s de facto national newspaper, reported that
HIV had finally reached our shores and three Singaporeans were found to be HIV-positive.
Back then, our fear of HIV stemmed primarily from lack of information. No one
knew definitively what caused AIDS, how to identify people living with HIV or had
clarity on the non-sexual modes of transmission.

This uncertainty stoked a sense of stigma
against people living with HIV in Singapore. In 1997, a Straits Times reader wrote a letter to urge people living with HIV to
“be hygienic when eating together”. Seven years later, another reader
admonished barbers for failing to change razors between customers, thereby facilitating
the transmission of HIV. The senselessness which mired Singapore was far from
unique and many other nations similarly grappled with the deep dark unknown
that was HIV. Across the Pacific Ocean, the New
York Times mistook HIV for a type
of cancer while the Daily Mail in
the UK labelled it a “gay plague” in the 1980s.

But the lack of information is not enough to
explain the serophobia that continues today in Singapore. After all, most
epidemics emerge in the public eye with little information on how they
originated or can be contained. If we move past the facile attribution of fear
to lack of information, we find that HIV has all the cornerstones of a moral
taboo. The good majority of Singaporeans who have never had to deal with the
virus otherise people living with HIV for partaking in actions that might increase
their likelihood of contracting the virus, and since these behaviours are
predicated on moral grounds, the fear becomes legitimised.

The most classic wrong a person living with
HIV can commit is to be gay. Throughout the years, Singaporean media has disproportionately
associated HIV with male homosexuality. The media identified “being gay” as a key
characteristic of the “most likely make-up of Singaporean Aids victim(s)”;
magazines did a special feature on “Rebecca the transvestite” who had
contracted the virus and approved a reader’s letter cautioning the general
public against succumbing to the “high-risk ‘gay lifestyle’”. This rhetoric was
similarly adopted by the government with then Senior Minister of Health Balaji
Sadasivan stating that “the gays” were a bigger concern than heterosexual men
who have casual sex. All this despite the chorus of voices from the medical
community asserting that, contrary to popular belief, heterosexuals formed the
overwhelming preponderance of people living with HIV in Singapore.

Furthermore, no constructive conversation
about HIV can be made without recognising the venereal nature of the virus. As
with all STIs, HIV is automatically associated with the vice of promiscuity. In
1991, then Minister for Health Yeo Cheow Tong likened those who had casual sex
with prostitutes as gamblers who had put their lives at stake in return for an ephemeral
pleasure. With the sanction of the government, Singapore entered an era of
sanctimony against anyone who did not conform with societal norms of sex and/or
sexuality. The average Singaporean in a long-term, monogamous relationships found
that he/she could adopt the moral high ground requisite in otherising those who
practised different lifestyle choices. Anyone who was gay, engaged in casual
sex or worse, both, was made a pariah. *

Following the data leak in 2019, the
Ministry of Health has provided psychological support for affected individuals.
It is heartening to know that today’s government has moved past profiling people
living with HIV, acknowledges the severe consequences of the leak and puts their
mental health at the forefront. But that is not enough. We should be striving to
free Singapore from serophobia as no one deserves to be discriminated
against for being infected by a virus.

Because societal attitudes are longstanding
and difficult to change, the government must be proactive in tackling the fear
that has allowed the general public to treat people living with HIV as
sub-humans. This involves reviewing the institutional factors that generate serophobia.
For a start, the government should incorporate protection clauses for employees
who currently have no recourse if their employers dismiss them for their
HIV-positive status, even if it is irrelevant to their quality of work. Next,
they should review if the infamous Section 23 of the Infectious Disease Act (which
mandates all at-risk individuals to declare their potential HIV-positive status
to their sexual partners before intercourse) has had any effect on transmission
rates, and consider less shameful alternatives, such as punishing only those
who intentionally spread the virus. Beyond these two most salient issues, the
government should review other policies such as the insurance void for people
living with HIV whose status excludes them from coverage in most plans, the Immigration
Act’s prevention of HIV-positive foreigners from working in Singapore, and the
pricing mechanisms behind medication.

Public health is not simply a matter of physical health. It concerns mental health too. It is high time for the government to acknowledge their encouragement of the serophobia that persists till this day and to take action to better protect people living with HIV among us – be it through attitudinal shifts or more humane policymaking.

Michelle Wang Shuting is currently studying for a Master of Public Policy at the Blavatnik School of Government.