When corruption scandals open the doors of power for women 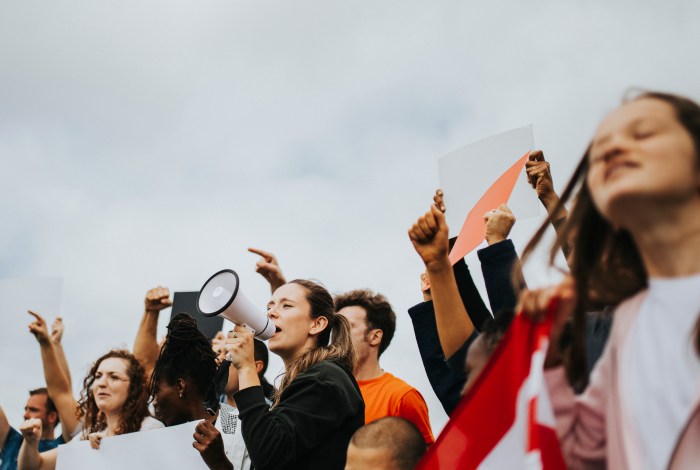 Whenever a corruption scandal hits the headlines, public attention tends to gravitate towards identifying the resources that have gone missing and the scoundrels responsible. Corruption often triggers collective moral outrage, and, at least where the problem is not systemic, it can motivate citizens to hold public officials to account.

But there is
another, often hidden, side to every scandal. Compared to clean management, corruption
is almost always regressive: it distributes public resources so as to
exacerbate existing inequalities in society. It also reshapes access to power.
Many of the ways in which it does both of these things are gendered.


For example,
political parties that seek voter support through clientelism, which often
involves corrupt acts such as vote buying, indirectly shut out women. In
Thailand, generating and maintaining the necessary in-group trust that
facilitates coordinated, illegal acts within the closed network of a party requires
performing social norms that indicate a particular, dominant kind of masculinity.
In Argentina, female legislators elected to the federal congress usually
represent small, new parties, or medium-size parties that appeal to voters by
advocating for public policy change. By contrast, women are disproportionately
absent among politicians from the big, traditional, ‘machine’ parties, which
offer clientelistic benefits. The biographies of the blokes who make it suggest
that they frequently earn candidacy by stuffing their
résumés with jobs involving dividing up the spoils of patronage. Yet
gender stereotypes work against women getting that experience early in their
careers within the party.


But does
corruption always push out women, even in a country where clientelism is
commonplace? My research explores this question in local governments in Brazil.
In one set of analyses, I look at data from random audits. These audits were
conducted by experts in the comptroller general’s office, almost immediately
after a municipality was selected in a televised, national lottery. Rather than
use this corruption data to assess exactly how much voters withdraw their
support from corrupt mayors who are seeking re-election, I focus on who gets
newly available votes. When a corrupt male mayor runs again, and a municipality
has a local media outlet to inform citizens of his wrongdoing, a woman standing
against him tends to do especially well. And women in this context do better
the closer to the next election the scandal hits. Moreover, if revelations of
corruption appear during the period when political parties are selecting their
mayoral candidate, the odds that the party picks a woman rise. None of these
effects occur in municipalities without local media.


In another
set of analyses, I looked at rerun elections, and find similar results. In
these cases, something illegal happened in the run-up to the original election,
or on election day itself, which led an electoral court to order a do-over. Again,
in Brazilian mayoral contests, I find that this can lead to women candidates
achieving greater success. If in addition to deciding to rerun the election, the
electoral authorities prohibit a mayor accused of vote buying from competing,
there is an uptick in votes for women – though not for wives of cancelled
incumbents, as voters expect them to continue as their husbands did. Accusations
of corruption are pretty routine in many places, so banning a candidate signals
that there is substance to rumour. Here it is not media that informs citizens
about corruption, but the very act of having to vote afresh. In Brazil, voting
is compulsory for the literate between 18 and 70 years of age, so people notice
that something is amiss when an election is out of sync with the normal
calendar – and nearby municipalities are not also holding one.


What explains
these sudden lurches in citizens’ support for female politicians? There is
plenty of research that shows that both men and women trust women more than
men. Standard economics experiments test how much money people would send to an
anonymous individual, when induced by the promise that any amount the other
person returns will be multiplied. When participants are told that the other
person is a woman, they tend to send more money because they trust a woman to send
more back.


In a few
countries and cities around the world, police forces have deliberately
recruited more women – or, in a few cases, only women – as traffic officers, in
an attempt to curb bribery, and to increase perceptions of legitimacy. A survey
about Mexico City’s female policy recently found that people perceive women as
more trustworthy because they hold three gender stereotypes: they think that
adding more female police officers will combat corruption because women are
somehow predisposed to honesty, because women are understood to be innately risk
averse, and because women are outsiders to male police officers’ established
personal and professional networks.


One niggling
question is whether female powerholders actually behave less corruptly. This is
somewhat open for debate. Scholars long moved past essentialist ideas of women
as purer beings than men. But socialisation is powerful and there is some
evidence that women face extra social sanctioning for ethical transgressions. Once
in power women who seek to represent the needs of women with less power, often
channel resources into public services that women especially depend on, or tend
to access on behalf of their children. This can mean cutting petty bribery in
healthcare and education. In Brazil, the few women who are elected mayor spend
more on healthcare—particularly prenatal care—and less on hiring temporary
workers around election time than men in the same position.


Corruption can block women from power, then, but revelations of corruption, and the resulting wish for trustworthy office-holders, can propel women forward – in an unusual example of gender stereotypes working for, rather than against, women as powerholders. The double-edged sword is that the women who win power in these circumstances may be those who play to traditional expectations, and broadly reinforce gender stereotypes. Many traditional stereotypes that are unrelated to incorruptibility impede women’s professional progress. So when the salience of scandal abates, it is possible that women’s symbolic representation, and odds of political success, may be back to square one.


Anna Petherick is Departmental Lecturer in Public Policy at the Blavatnik School of Government.