Governments and other public institutions are under pressure from social movements but have lost the confidence that their public service values are complementary to that energy and worth defending, writes Kirsty McNeill. 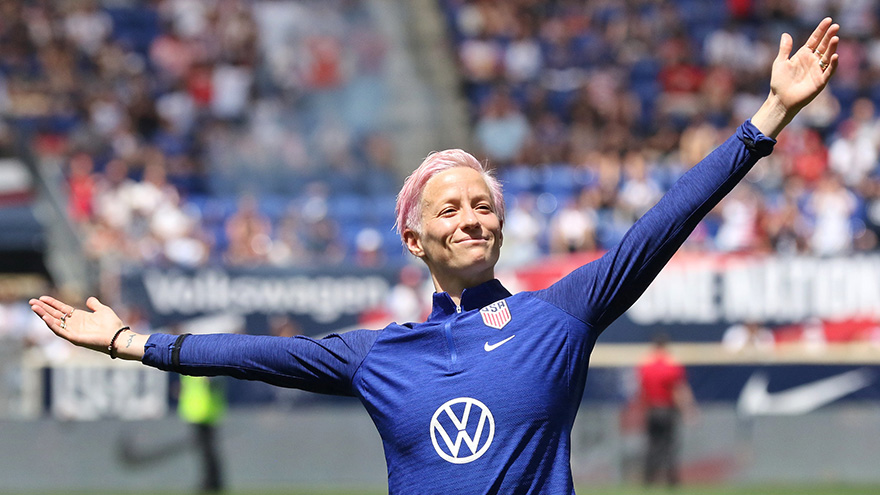 Megan Rapinoe after a game earlier in the year (Jamie Smed/Flickr).

It’s not even the end of July but we already have the most iconic photographs of the summer, possibly the year. In the first Megan Rapinoe stands with her arms outstretched, dominating not just the pitch on which she has displayed such extraordinary talent but the global media conversation about activism and equality. In the second, the embrace of Oscar Martinez and his daughter who drowned trying to reach the USA is a shaming confirmation of policy failure.

Between these two images lies the reality of our era’s ‘movement moment’ – a time where governments and other public institutions are under unrelenting pressure from movements but have lost the confidence that their public service values are worth defending as a necessary complement to the energy of the street.

Movement-building, of course, is not new, but it is both more ubiquitous and more effective than ever before. We know, for example, from the global coverage of both Rapinoe and Martinez that publics around the world are paying ever more attention
to what activists and influencers are saying. Vice-President Pence might argue migrants are receiving ‘excellent care’ but the picture of a drowned child and the unbearable testimony from other children in migrant detention tell a different story. President
Trump is picking a fight with an athlete but new polling suggests her affiliation to campaigns for equal pay, against police brutality and for LGBT liberation has given her a platform that is more than a match for his bully pulpit.

We only need to look at the global #MeToo or School Strike for Climate campaigns or more localised uprisings from Hong Kong to Sudan to know that the increased confidence of social movements is coinciding with a crisis of legitimacy and trust in many of
our established institutions. The anger on the populist right is even more visible, with deep currents of Islamophobia, ‘men’s rights’ activism, xenophobia, antisemitism and authoritarianism finding expression both online and in increasingly sophisticated pan-European and transatlantic networks.

While the world views of these different movements may be mutually antagonistic, the impact on established institutions is the same. Policymakers face questions about their motives and their efficacy from both sides and their instinct is to rebut by pointing to the instrumental benefits of good government. It shouldn’t be.

They should focus instead on reasserting three core intrinsic benefits of public institutions:

Last year I spoke on a panel alongside Julia Unwin, chair of the Civil Society Futures Enquiry. She referred to big NGOs like Save the Children as ‘the charity FTSE’ – organisations which might have started with an ethos of voluntarism but are now a qualitatively different thing. In many ways she’s right and any of us in large established institutions need to be conscious of the length of our shadows. That is even more true now we are in a movement-moment and the old ways of doing things are giving way to a more horizontal, leaderful, creative approach. But as we acclimatise to the benefits of the new – particularly given we face the same tactics and techniques being used by authoritarian and hate-filled movements as by those who want a freer, greener, safer and more equal future – we must not be silent about the strengths of the old. Rejuvenation of confidence in the public service ethos – in expertise, in culture-creation and in dialogue – is what this movement moment demands of public servants now.

Kirsty McNeill is the Executive Director for Policy, Advocacy and Campaigns at Save the Children. She’s spent a career at the intersection of public pressure and public policy, helping to build mass movements in the social sector and serving as a Special Adviser in Number 10 Downing Street. Today she’s on the boards of the Holocaust Educational Trust and the Coalition for Global Prosperity and is a member of the European Council on Foreign Relations.

This blog is based on the talk Kirsty McNeill recently delivered to the Blavatnik School’s Executive Public Leaders Programme participants.