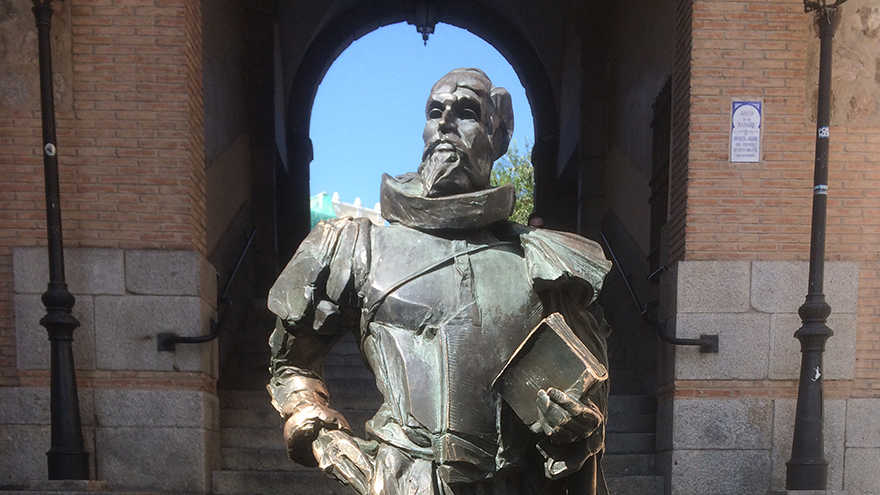 Doing a doctorate is a long, often solitary, and complex quest. While the process is usually gratifying and interesting, sometimes it is also stressful. The ultimate goal of doctorate students is to become independent researchers, capable of conducting rigorous investigations that contribute to the understanding of pertinent social or natural phenomena. The thesis project is a means to this end, rather than the sole objective of a doctoral programme. However, the completion of a doctorate ends up with a successful defence of a thesis before a panel of experts. In this sense, as many doctoral students hear from their supervisors, “the best thesis is the finished thesis”.

A few days ago, I submitted my thesis for examination. I thought the day would never come. But I finally managed to cross the “finished thesis” threshold four years after I commenced the DPhil programme. During this time, I faced many of the usual difficulties that doctoral student faces: anxiety about the future, financial inflexibility, and even health issues. I wrote these lines to share with current or potential DPhil/ PhD students my thoughts about the pitfalls that one has to overcome to make it to other side.

DPhil students have to surpass all sorts of challenges along the way. Some of the difficulties are directly related to their research, such as dealing with endogeneity and spuriousness while testing the association of two variables, or making sense out of piles of qualitative evidence (interviews, archives, direct observation etc.). Overcoming these challenges requires building research skills, diligence, patience and good guidance from supervisors. Strengthening those basic abilities are the core objective of a doctorate and represent real tests that students must surpass.

However, there are other challenges that may appear in the path that are not directly related with research and that may be even more difficult to deal with. Carrying out a long-term project that requires being sceptical about evidence and avoiding to take things for granted may end up generating anxiety and insecurity at a personal level. For example, a well-known problem that many doctoral students face in their journey, and many people who undertake new projects in competitive environments, is the so-called “imposter syndrome” which make competent and capable people feel that they are actually a fraud and that can generate feelings and conducts that inhibit progress in work.

During the DPhil/ PhD path one may end up believing there are problems (“I am not good enough”) that are actually just the product of one’s imagination. These non-existent challenges (other than in one’s mind) can actually become real problems when they are not dealt with properly and can end up in self-sabotage.

How to avoid these illusory traps? Enter Don Quixote. In the novel written by Miguel de Cervantes, the character of Don Quixote is described as a man who dreams of being a knight that brings justice to the world, while entering into all sorts of deceptive adventures. Don Quixote often attributed his problems to external factors, such as wizards and demons, rather than facing reality. A lesser-known character in the novel is Sansón Carrasco, a bachelor from Salamanca University who tries to bring Don Quixote to his senses and eventually achieves it by the end of the novel in a forceful way.

In the remaining paragraphs, I will try to imitate bachelor Carrasco and provide five pieces of advice to help others unmask Don Quixote as I did with my own Don Quixote condition.

Don Quixote started his journeys with unrealistic expectations. He dreamed of castles, princesses and great feats. Sometimes students begin their work with high expectations about their thesis, dreaming of Nobel Prizes and titanic contributions to the existing literature. Carrasco’s advice: The doctorate work requires meeting certain quality standards, but it will probably not be the best piece of written work that you will ever complete. After all, a student is an apprentice, not an expert in research. Hence, it is sensible to establish from the start more grounded expectations about the DPhil outcome.

2. Identify the real priorities and focus on them.

Don Quixote confused modest inns with castles, windmills with giants and puppets with foreign armies. Carrasco’s advice: During the DPhil/ PhD road it will be important to identify which problems are real, which are the priorities in each stage, and to avoid confusing the normal travails and difficulties of a doctorate with dead-end streets. Focusing in real problems linked with the research and avoiding illusory problems will help to advance the work.

3. Plan ahead and get the skills and tools that you need.

Don Quixote sometimes attempted to accomplish athletic achievements. However, he never achieved them because he was simply ill-suit or under-equipped to undertake them. He did not train to be stronger or faster and instead had a sense of entitlement that prevented him from preparing properly. Carrasco’s advice: There are myriad opportunities to get the required training, it is just a matter of taking advantage of them. Your department will certainly offer pertinent courses for learning about research methods or tools, but it is sensible to look beyond. It may be worth to check other departments or even visit another university during the summer to acquire very specialised knowledge. Moreover, there are good quality online courses, some of them free-of-charge for Oxford students, like the ones available at Lynda.com

4. Make sure you are in good company.

Don Quixote was accompanied by an unintelligent and self-interested person, his squire Sancho Panza. Sancho greedily plays along waiting for his reward. Carrasco’s advice: Make sure that you have good travel partners for the doctorate expedition. Aside from your supervisors, there are other sources of sensible advice that will come in handy. Your colleagues in the DPhil room will face very similar encounters and may share with you their own experiences. Just knowing that your peers have to deal with the same problems may help you understand and normalise your tribulations. Additionally, I found that keeping friends that were not part of academia helped me to stay grounded.

Once Don Quixote came across real lions and he demanded their handler to unlock the cages so he could prove how courageous he was. No one was asking him to prove any point nor to look brave, he dragged himself into trouble. Carrasco’s advice: Challenges created by oneself are common among DPhil students. An example of such situation is the “imposter syndrome”. How to unveil it? There are multiple strategies to interrupt patterns of this syndrome. I will underscore one of them that was particularly helpful for me: talk with others about your feelings. Do not let that these beliefs stay within and, if in need, seek support.

I started writing this post a year before I submitted my thesis. It was a means for becoming aware of the type of difficulties I was facing. It was also a way of dealing with my insecurities and using them constructively. I do not think that the doctoral experience is a bed of roses. But, if the DPhil/ PhD road is hard in itself, one should not make it harder. One of the lessons that I learned from my DPhil is that one should try to recognise and avoid illusory pitfalls and focus on the real challenges that appear on the way. In my case, seeing the light at the end of the tunnel was possible thanks to the support of many people, including my supervisors, colleagues, administrative staff, friends and my wife. To all of them, thank you for helping me unmask Don Quixote!

Juan David Gutiérrez is studying for a DPhil in Public Policy at the Blavatnik School of Government, University of Oxford.
The School