Turning politics inside-out – where do you stand? 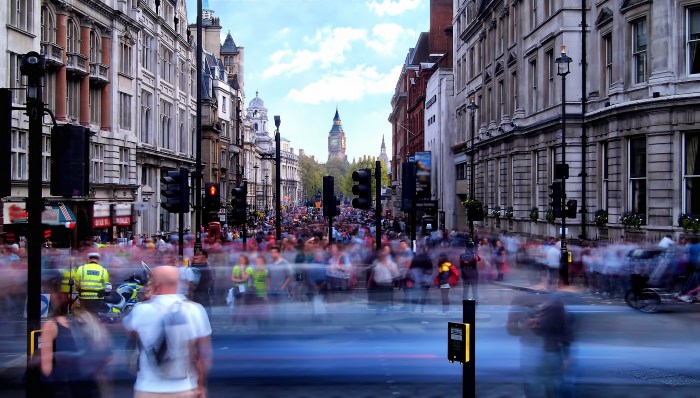 Christina is an engaged, capable and professional young woman. She excelled in her university studies and had the pick of employers for her first job. A strong commitment to her community led her to work for her country’s government, where she has progressed rapidly through a set of increasingly challenging civil service roles.

But recently, she has noticed that the conduct
of public life is changing. Politicians are closing ranks. The tenor of debate is
increasingly hostile. Highly partisan parliamentarians are striking
uncompromising positions and shouting down those who oppose them. Outside
parliament, an increasing number of her friends are protesting. They want a
different politics and a government that listens to their concerns.

Christina has a simple question: “Can I make
more of a difference from the inside or the outside?”.

Of course, she’s far from the first person to
ask this. Political philosophers and those committed to making change happen have
debated it for centuries. There is, however, a renewed urgency around the
question in this populist age, in particular for younger generations. Trust in
institutions has declined, often encouraged by populist attacks on their
legitimacy. Resurgent social movements have steadily gathered new activists among
those under 40. This leaves many young people who are dedicated to making a
difference in their communities asking Christina’s question. Three
considerations might help them.

First, they need to know themselves. In public
life, different roles require different temperaments. A senior civil servant
recently summarised it for a group of graduate students at the Blavatnik School:
“Are you a campaigner who gets excited about ideas and values or a pragmatist
who most enjoys getting things done?” The more powerfully ideas and values
motivate an individual, the more difficult they will find life as a civil
servant, since they are obliged to follow the direction of their political masters.
If they really want to get things done, though, the levers of state authority provide
powerful instruments to make change happen when compared to the often demanding
and drawn-out course of campaigning from the ‘outside’.

Second, aspiring changemakers need to prioritise the type of change
they want to make. They must develop a view of how change can happen and
what role they can play in the process. If the change they want to see is so
radical that incremental steps by government are unlikely to achieve it, they may
decide they have to work from the outside to reimagine and then reshape the
system. For many issues, however, the size of the state and scale of its
activities readily allows those who work inside it to have a positive impact on
a substantial number of lives.

Lastly, they need to take a view about those
for whom they work. In all political systems there is a structured relationship
between those who compete for and hold power (the rulers) and those who serve
them (the functionaries). This codified relationship provides both a moral
boundary, which can insulate the functionary from the actions of the ruler, and
a professional boundary, which allows the functionary to draw personal worth
from their activities. So, for example, a government lawyer can take pride in
providing timely, well-reasoned advice to ministers on the legal risks of a
course of action even if, in the end, ministers elect to take a course with
which they personally disagree. They have discharged their professional duty
and may not feel morally implicated by the ministers’ choice.

Yet not everyone finds this separation of
agency comfortable. And even those who in normal times do may still face
challenges in serving a government. If a political leader takes actions that
are illegal or inconsistent with the constitution of a country, public servants
might consider that this is a different type of decision than a policy choice.
Under these circumstances, they could feel compelled to resign and challenge
the government from the outside, rather than continuing to be insiders
implicated by these actions.

These three distinctions may help some who
feel confronted by this quandary – and yet perhaps the choice between inside
and outside is not so stark.

Bringing about change and mobilising others
requires compromise and the ability to listen to the views of others, whether
you are trying to win votes in the next local election or work for a small charity
trying to influence government policy. There are critical roles to be played by
both insiders who understand the reasons that move campaigners to take to the
streets, and outsiders who understand the constraints that those in power face
and find ways of working within them.

For all its dramatic appeal, the ‘inside or outside’
dilemma may be a false choice. This polarised era tends to pitch people against
each other. The urgent task may not be to choose where we stand but to find
better ways to work together, regardless of who is inside or outside.

Calum Miller is Chief Operating Officer and Associate Dean (Administration) at the Blavatnik School of Government.