Tip of the iceberg: public sector leaders on the shift to remote work and what more is to come

The People in Government Lab’s Sally Leach shares public servants’ perspectives on creating a hybrid working culture built on understanding staff and their needs – and one expert’s thoughts on the pressures and opportunities around government contracts in this shift to a new way of work. 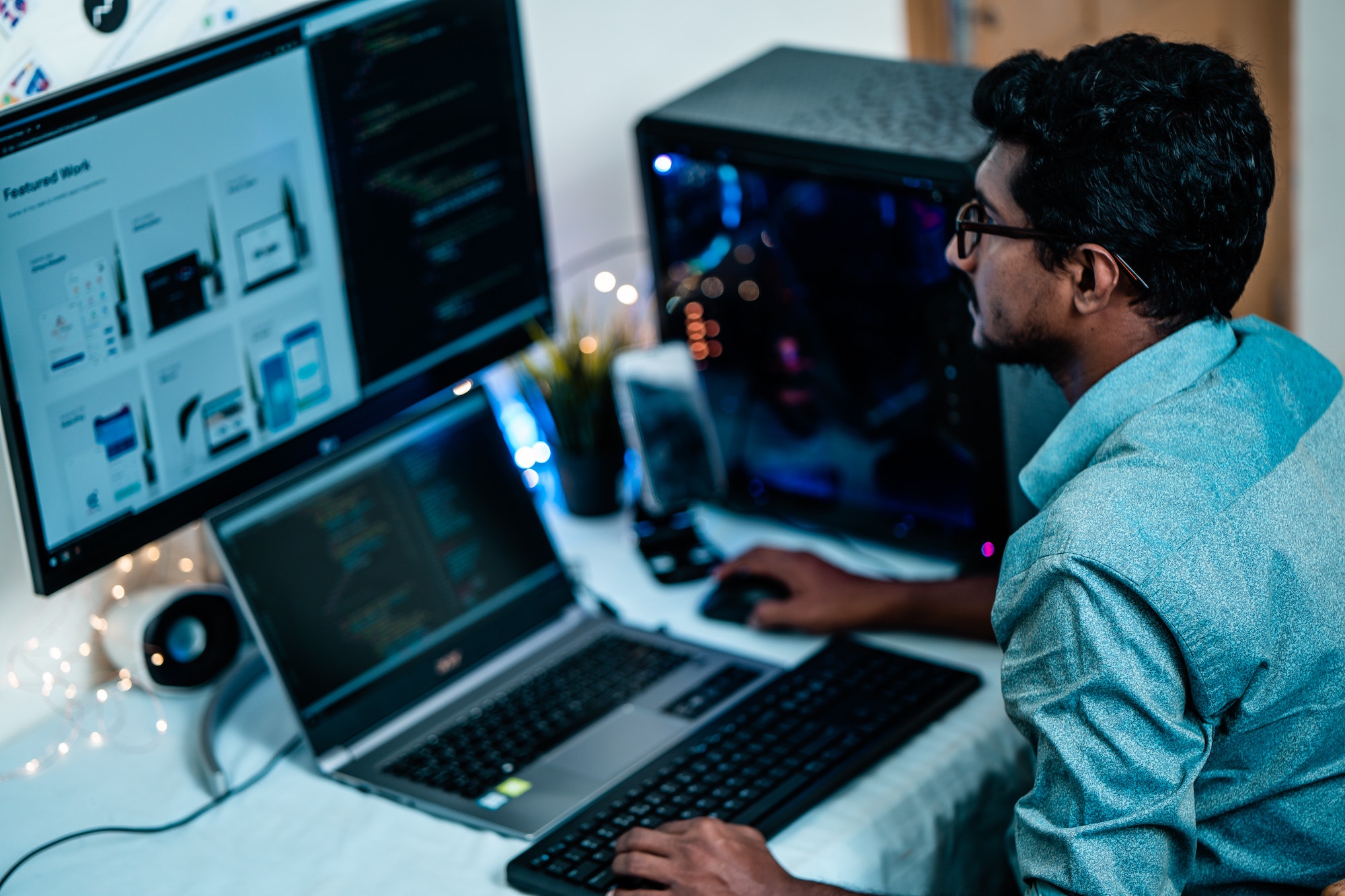 Photo by Firos nv on Unsplash

Late last year, the People in Government Lab and the University of Chile joined together to host a seminar on the future of remote work in public organisations. The first session – covered in an article published by Global Government Forum last week – focused on research into public servants’ appetite for flexible working post-pandemic and best practice for managing remote teams, including the need to rebuild social capital.

The seminar‘s second session brought together five civil servants from agencies in the UK, Brazil and Chile to discuss the lessons learned from remote working so far, the current challenges, and how to prepare for a future in which working practices will continue to evolve.

Solange Garreaud, former director of the general directorate of the civil service and president of the Senior Executive Service (SES) council, Government of Chile, began by drawing a distinction between positions and functions. She argued that when transitioning to remote work, it is important first to consider the functions executed within the organisation, rather than relying on current structures which are assimilated to individual positions.

Coupled with the difficulties of transferring certain services online, this may mean significant transformation for some teams. In starting teleworking at the onset of the pandemic, the government of Chile found huge disparity in the ease of transition for different services, with some needing only a few adjustments, while others had to be completely reinvented. One of the current challenges in Chile, she explained, is to establish a regulatory framework for these transitions, while acknowledging that some functions and services will need to be redefined.

Garreaud also spoke of the resources needed to advance remote working – investment in management, economic and physical provisions – and highlighted the need for improved internet access. A government survey in Chile found that a low percentage of the population had sufficient internet access for remote work, especially in rural areas. One of the lessons for her, then, was the need to promote realistic expectations of future work arrangements, accepting that not all people will be able to work from home.

Shift from crisis mode to a future focus

Focusing more on the social impact of remote working, Suzanne Semedo, head of culture, diversity and wellbeing at UK communications regulator Ofcom and her colleague, senior people data and insight lead Timmy Cheung, shared their experience of a shift from crisis mode to a future focus as restrictions have relaxed. This change, which involved an emphasis on culture and wellbeing, has enabled Ofcom to build successful remote working practices. The challenge now is to establish a vision for the organisation in which hybrid working is seen as part of a competitive advantage.

Semedo and Cheung found great benefit in appointing HR leads to spearhead the change to remote work, while focus groups and data analysis have helped them to understand how to improve. Ultimately though, when it comes to understanding whether a remote work system is effective, their approach has been to ask two simple questions: Does it ensure that people are looked after? And does it deliver the work promised?

Building on this focus on organisational culture, Luana Faria, the founder and head of LA-BORA! Gov, the innovation and human capital lab at the Ministry of Economy in Brazil, explored how to encourage and motivate remote working employees. She highlighted the need for a trusting environment, giving employees greater autonomy and recognising excellence. To enable this trust, Faria urged organisations to develop human competencies and soft skills, to show vulnerability and to be authentic, and to view remote working as an opportunity to change and to build relationships. Since it is impossible to separate professional and personal lives when working from home, creating a safe place at work is essential to increasing performance and productivity. This can be difficult if remote work is still seen as a benefit rather than an alternative working model, with pressure on remote workers to show better results or constantly prove they are really working – despite the evidence we now have that a hybrid model tends to be more effective than purely office-based work. For Faria, therefore, the main challenge is to normalise flexible working patterns and for leaders to view public servants as partners in creating solutions for the future of work.

Sam Nutt, digital & data innovation researcher at the London Office of Technology & Innovation (LOTI), brought practical examples of how the needs of individual organisations can affect the nature of hybrid work. Working on a local government scale, he has seen a strong connection between citizens and civil servants which needs to be maintained via in-person contact through touchpoints in the local area. This connection means that local government cannot work remotely in the same way that central government does, though the former has nonetheless become much more effective through hybrid working.

For Nutt, the priority moving forward is to develop new strategies for evaluating performance and understanding staff, rather than relying on pre-COVID habits. This will require more varied means than just surveys, for instance through focus groups, workshops, and researching the end-user experiences of people from different backgrounds, to make government the best it can be for citizens and civil servants alike. Nutt urged government departments and agencies to be as deliberate as possible about moving towards their aspirations for the workplace and to aim to be inclusive and equitable organisations by design. If governments can take a leading role on flexible working models, they could have a transformational effect on the world of work, extending to the private sector – an ambition not to be feared as a challenge, but embraced as an exciting opportunity, he said.

In his closing remarks, Richard Weber, director of the Industrial Engineering Department and professor of operations research at the University of Chile, reflected on the wealth of knowledge built up around teleworking in the public sector, both through collaboration between Oxford University and the University of Chile and through the experience of public sector workers that had been demonstrated in the seminar’s earlier sessions. There were two challenges, he said: first, to share these findings with the public sector in other countries to create a global knowledge base; and second, to extend that knowledge to other sectors of the market.

Weber also saw several opportunities in the future of hybrid working. One is the opportunity to include those for whom typical nine-to-five jobs had been difficult – those with disabilities or care responsibilities, for example, who benefit from working flexibly at home – though support is still needed to ensure that these groups are not marginalised in hybrid settings. A fresh approach to the organisation of offices is also possible, with new concepts and designs being born. And then there are opportunities to enrich teleworking through digital technology and artificial intelligence. Imagine, for example, the possibility of automatic translation, through which you could converse online with someone speaking another language without the need for a middleman. This and more will soon be possible through AI to expand the experience of remote work, Weber said.

A global shock and its impact on government-contracted work

Diogo Costa, president of the National School of Public Administration (ENAP) for the Federal Government of Brazil, considered the impact of remote work as a global phenomenon, with a focus on contract working and public administration. Last year, ENAP hired international contract workers for the first time to redesign its academic management system. The work was organised through a contract with a Brazilian company and outsourced to India. The benefit of this arrangement was greater productivity at lower cost, however the new experience also brought significant shocks to ENAP. Over the course of the contract, the demand for such workers increased globally, while the value of Brazilian currency decreased; the contracted company was unable to keep the workers and the contract was eventually suspended, causing a disruption to ENAP’s development. This story, Costa explained, is an example of new competitive pressures being experienced across the world – and they are here to stay. In the same way that globalisation brought a shock to the world’s economies, so the shift to remote working is having a global economic and structural impact. This in particularly noticeable in the public sector in areas where skills are more universal, such as business analysis and code writing.

The consequences of this shock are, firstly, an increased demand to legally protect certain sectors and, in some countries, a continued shift to a two-tiered system of public employment, balancing nation-specific bureaucratic positions at the core of government with contracted, remote working positions requiring universal skills and knowledge, Costa said. Governments, especially English-speaking ones, or organisations with experience in international working relationships, stand to profit from this change. Managers, too, may benefit, if they are skilled at managing remote work, as they are able to choose from a pool of the world’s best talent. On the other hand, areas such as Latin America, in which English language skills are less prominent, are more likely to struggle with these changes.

Costa concluded that remote work has created a new world, with a remarkable boost to both competitive pressures and opportunities. It is one of the shocks that will define economic development in the 21st century, both in the public sector and the broader economy – and its long-term impact around the world is yet to be seen.

This article originally appeared on Global Government Forum on 20 March 2022.