The second largest state in the US also has the highest number of counties. Collecting and coding policies for 245 counties has been (and still is) a mammoth effort worth making, writes Kaitlyn Green. 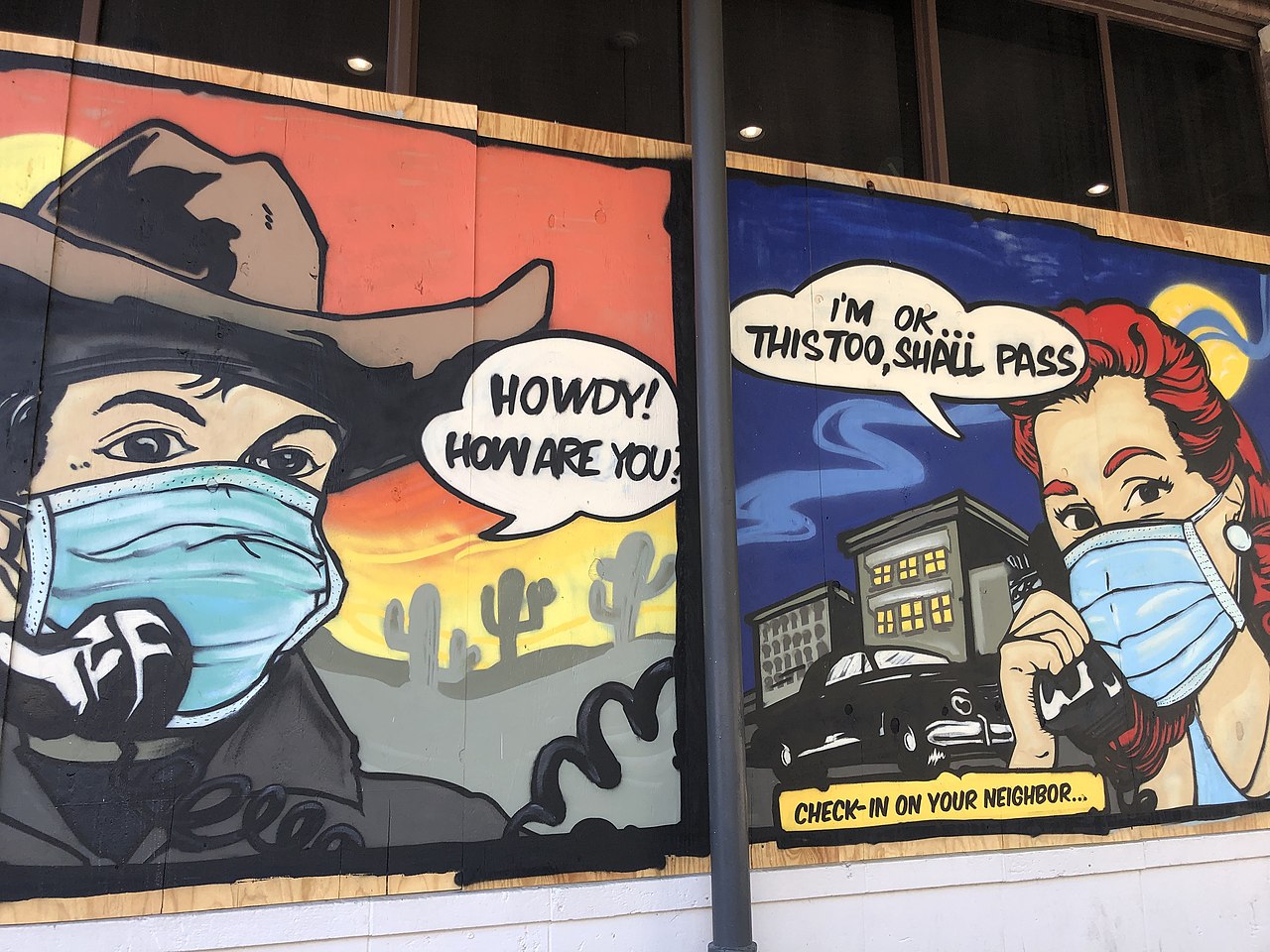 Artists' murals on boarded up storefronts on 6th Street in Austin, Texas

The Oxford COVID-19 Government Response Tracker continues to find that, at every level of government, there are new and interesting COVID-19 policies worth capturing. The University of Texas at Austin (UT) COVID-19 Modeling Consortium is undertaking an impressive extension of the tracker by working to capture and record county-level COVID policies in Texas.

In the US, counties are subdivisions of state governments, with populations that range from 100 people to over 10 million people. Texas counties have accumulated since its history under Spanish rule. As the population of Texas grew and its borders were redrawn, counties were established to ensure that the people of Texas were no farther than a day’s journey on horseback from their county courthouse.

Counties derive their authority from their respective states. Texas, a state with a slightly larger landmass than the whole of France, has the highest number of counties for any state in the US. The 254 counties of Texas divide an especially large and diverse geographic area into smaller political subdivisions of a state that has the tenth highest GDP in the world (behind Italy, and followed by Brazil, New York, and Canada).

In January 2021, Dr Lauren Ancel Meyers, Director of the UT COVID-19 Modeling Consortium and Professor of Integrative Biology and Statistics and Data Science, and her team led the creation of a course for UT students dedicated to collecting historical policy data of the 254 Texas counties using the Blavatnik School's website-based tracker. The winter storm that hit Texas in spring 2021 caused major disruptions to the UT team’s efforts, as power outages lasted for days, and critical infrastructure was damaged.

Yet the UT team perseveres. The coding effort has since shifted from the classroom to an enormous volunteer effort, consisting of approximately 70 volunteer coders dedicated to developing the Texas county policy data. In addition to the immense coding effort, the student coders are also part of a large professional development effort, led by Mo Johnson-León and Logan Powell, strengthening their skills as future scientists and citizens.

During the coronavirus pandemic, most county-level policies in Texas are decided by a county judge. Pursuant to the judicial article of the 1876 Texas Constitution, county judges, elected by popular vote, serve as the head of emergency management and are currently issuing county-level pandemic-response policies. Finally, given the state’s size and its vast rural areas, Texas’ health systems are divided into Trauma Service Areas (TSAs). These TSAs were created in response to state legislation passed in 1989 to improve resource management to provide trauma services to all citizens in Texas, including those in rural areas where travel to the nearest capable hospital can exceed an hour.

During the pandemic, Texas used TSAs to determine the level of healthcare utilisation by coronavirus patients to decide when certain state-level coronavirus response policies became active. TSAs provide another geographic dimension to how governments determine their responses and interact uniquely with the role of county judges as the head of emergency management.

These political divisions of authority, and conflicts arising in the Lone Star state, make the publication of the UT-OxCGRT team’s efforts highly anticipated. Texas Governor Greg Abbott signed an executive order in May 2021 banning local jurisdictions from requiring people to wear masks. This has resulted in several of those jurisdictions either suing the state or altogether ignoring the executive order (and consequently being sued by the state). Meanwhile, the people living in these jurisdictions await court decisions to know if they are required to wear a mask.

The concept of the Oxford Coronavirus Government Response Tracker continues to prove worthy. Although the collaboration between Oxford and University of Texas was a bit of kismet (Dr Thomas Hale and Dr Meyers happened to be collaborating on a project together in the fall of 2020, while the US Subnational team was led by Laura Hallas, a graduate of UT), the project continues to look beyond where we are to where we could be. As the world’s foremost coronavirus policy tracker, the Oxford Coronavirus Government Response Tracker project works to advance its application across the world.

Kaitlyn Green is a Research Assistant for the Oxford COVID-19 Government Response Tracker, where she leads data collection efforts for US subnational jurisdictions and supports related project planning and analysis.

Special thanks to Dr Becky Kester, Mo Johnson-León, and Logan Powell for their insight, support, and sharing of unique examples of Texas policy collected by the UT COVID-19 Modeling Consortium team.