Should millennials be cheesed off about house prices? 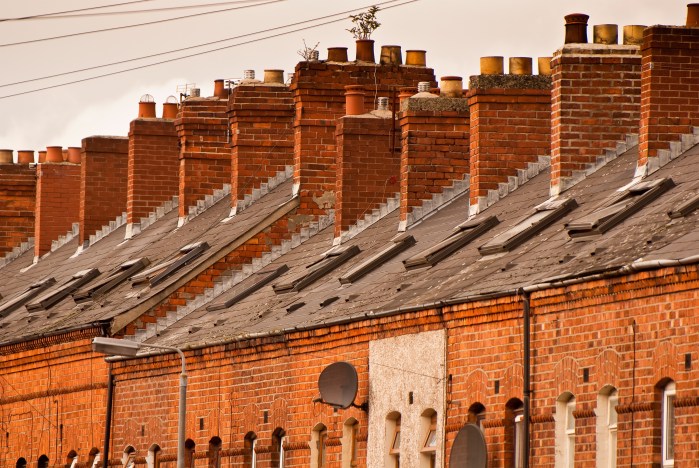 Most policy work on this problem has focused on the economic
prospects of the young. The historic assumption that living standards would
rise for each generation no longer holds. In the UK, millennials’
incomes are approximately identical to those of Gen Xers, born 1966–80, at the equivalent age. But housing costs are
significantly up, and so millennials’ spending on consumption is
lower. The situation is worse in Italy, Spain and Greece, where millennials’
incomes are lower than Gen Xers. In the US, the trend started earlier, so that
Gen Xers were affected too.


The problem of intergenerational justice is posed more
starkly yet by climate change. Diminishing biodiversity and pressure on
ecosystems deprives present generations of the interaction with and
participation in nature that has been the historical assumption for the normal
human life. It leads to loss of health,
livelihood, and of lives. Future
generations look likely to be grotesquely deprived of this, unless very
significant changes are made immediately.


It is not difficult to see that the problem of climate
change offends basic justice. Previous generations have made – are making – future generations worse
off. Even though this has not been intended, the problem is now
known about, and
it is negligence to ignore it. The effect may be not just a comparative
one, of making future generations worse off than they could have been had
growth been sustainable, but may be an absolute one. And it is a basic principle
of justice that, other things equal, one should not harm others.


But it is not so obvious why millennials’ stalled economic prospects offend against principles of
justice. Why is continual
growth a claim that one generation can make against others? Why should
the child’s life go better than her parents’? One source of the chagrin about
reduced economic progress may be the thought that there is a kind of
inevitability to progress – that history is the
chronicle of our slow but steady evolution towards better, more perfect societies.
This idea is widespread, as well as being curious, and innocent of any
encounter with reality.


John Rawls influentially addressed what the demands of justice
were between generations. He framed the issue in terms of an enquiry into how much each generation should save. A ‘just savings rate’ requires that each generation should ‘not only preserve the
gains of culture and civilisation, and maintain intact those
just institutions that have been established, but also put aside in each period
of time a suitable amount of real capital accumulation’.


Rawls observed that his basic method – of identifying the demands of justice on the basis of what a
self-interested individual would choose, if they did not know their actual
situation in a society – gives implausible answers
here. Behind such a ‘veil of ignorance’, but spread out through time, such a
person would not know whether they were a member of the first generation or the
twentieth. Being self-interested, they would want to make sure that the
worst-case scenario they could find themselves in would be as good as possible.
So, for this question, they would say that there should be no savings rate set
for the society. Why save, if you could find yourself a member of the first
generation, in which case you would be being told to make sacrifices that you
would never benefit from? But this is counter-intuitive. Most people think that early
generations should forego some consumption, to help improve the lives of later
generations.


So, Rawls needed to find a way to rig the result. His
solution was ‘that the parties [should] represent family lines, say, who care
at least for their more immediate descendants’. Caring for their immediate
descendants, those behind the veil of ignorance would nonetheless choose to
engage in some saving, because it would benefit their children and
grandchildren.


Rawls’ discussion has a striking implication, one which I
think is insufficiently noted. To make sense of intergenerational obligations,
Rawls has to appeal to affection, not just self-interest. Justice is often
construed – both in theory, and
especially so in the practice of standing on one’s rights – as consisting in claims that one person makes against
another. It is adversarial. On this adversarial picture, apart from the
unqualified obligations not to harm another, it is consent only that gives rise
to an expectation that someone should actively cooperate with or seek to benefit
others. But if this picture of justice-as-self-interested-claims is correct – and it is a common one – then millennials’ stalled economic prospects
are not the basis for any legitimate claim against previous generations. That
claim is legitimate if, and only if, different generations are united by bonds
of love and affection.


This point has a corollary. Insofar as bonds of affection
are the basis for intergenerational justice, this applies both prospectively
and retrospectively. Members of the millennial cohort are, I
think, increasingly aware of their obligations to future generations on
environmental issues. It is an open question how far baby-boomers, born 1946–65 and
now entering their long retirement, appreciate the economic privileges their
generation has uniquely enjoyed, and how the burden of providing for their
retirement is about to be imposed on a proportionately smaller, younger
workforce. Rebuilding a sense of intergenerational loyalty is an urgent task.


Edmund Burke famously wrote that society is a ‘contract
between those who are dead, those who are living, and those who are yet to be
born’. If what I am saying is correct, however, then even Burke understates the
case. His language of ‘contract’ is misleading, as a contract is what two
self-interested parties enter to enable a mutually beneficial
exchange. But the relationship between the generations seems more like a
covenant, in the theological sense – a
non-revocable agreement, which may bind independently of whether one has
individually consented to it, based on ties
of love and regard.


If this point is recognised and taken as seriously as it
should be, it changes one’s attitude to the past. Instead of the past being primarily
a target for one’s opprobrium – perhaps because
social attitudes were insufficiently enlightened – the
primary attitude becomes gratitude to one’s forbears. For those claims of
justice which depend on one’s forbears making sacrifices, you have the standing to make those claims
only if you reciprocate their sacrifices with
your gratitude. And
there is plainly a shrinking supply of gratitude to the past.


Tom Simpson is Associate Professor of Philosophy and Public Policy at the Blavatnik School of Government.