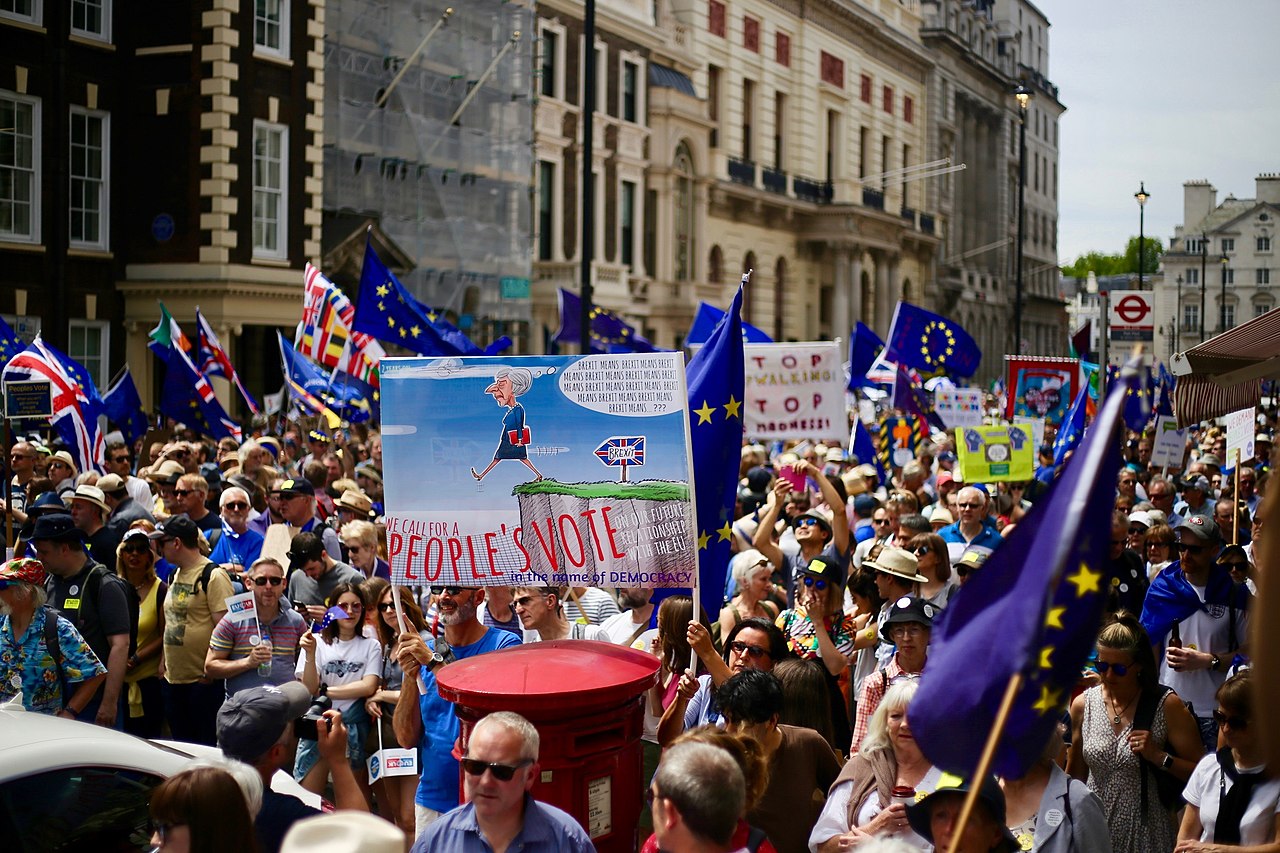 Now that British Prime Minister Theresa May, facing certain defeat, has postponed Parliament’s vote on the deal she concluded with the European Union last month on the United Kingdom’s departure from the bloc, the case for a “people’s vote” – a second Brexit referendum – is gaining ground. But is a referendum really the right mechanism for settling political issues that the people’s elected representatives cannot or will not?

Referenda give people a voice. That is their appeal in an era when people are angry and dissatisfied with the political establishment. But without rules, a referendum is little more than an invitation to a collective roar of anger. This must be distinguished from a national policy decision. The latter takes a careful weighing of everyone’s interests. That is not – and cannot be – the job of every citizen.

On some issues, what is good for one person might be very bad for others, and what is bad for others might end up being even worse for the individual. Most people do not have the time, interest, knowledge, access, or desire to gain a strong understanding of such considerations on issue after issue. Yet that is exactly what is needed to make decisions on behalf of an entire community.

This is the raison d’être of representative democracy. Voters entrust politicians with becoming informed – making full use of public servants, information, and analysis – and weighing alternatives with a long-term, big-picture perspective.

Politicians must then take their conclusions to a forum (Parliament) that is designed to represent different interests through competing political parties, constituencies, and representatives. They are held accountable for their choices by voters, other elected officials (in the form of parliamentary scrutiny), and independent media.

The danger is that politicians can use a referendum to avoid responsibility for difficult decisions. Even before taking power, Mexico’s newly inaugurated president, Andrés Manuel López Obrador, was using “informal” referenda on issues such as the cancellation of Mexico City’s new airport (which is already 30% built) and support for his ten main social and infrastructure programmes.

So how can countries ensure that putting public policy to a direct vote does not undermine the quality of decision-making in a representative democracy?

Of course, governments could simply not hold referenda. That is the case in Belgium, Malaysia, and Indonesia (where plebiscites were used during the intensification of authoritarian rule in 1985-1999). But if countries still want the option of referenda, they should impose formal rules that help to ensure that politicians cannot use them to dodge difficult decisions. For starters, countries should limit when they can be called (say, only with regard to constitutional amendments), establish a minimum threshold for turnout, and require a supermajority.

In Australia, for example, referenda can be used only under certain circumstances and can pass only with majority support in a majority of states (in addition to an overall majority). Such limits should be applied in the UK, with referenda requiring not just an overall majority, but also separate majorities within England, Wales, Scotland, and Northern Ireland.

Another way to avoid the pitfalls of referenda is to make them non-binding. Finland and Norway permit referenda only on this basis, while Australian politicians have the option of calling non-binding plebiscites.

This serves another essential feature of an effective referendum: ensuring that politicians take ownership of the policy response. In Switzerland, for example, a referendum might be used to get a sense of the public’s preference, but politicians must take responsibility for crafting the policy that best serves the national interest.

That was the case in a February 2014 referendum, in which a majority of Swiss voters and cantons expressed their preference for limiting immigration through quotas. But simply introducing such quotas would have violated the terms of Switzerland’s participation in the EU’s single market. So, in 2016, the government offered its own solution, enacting a law permitting employers to give priority to Swiss job-seekers (without limiting the free movement of EU workers to Switzerland).

When holding referenda, politicians must also take responsibility for the context in which people decide. They must ensure that the question it asks is well crafted and that there is time to deliberate and good-quality information. In Switzerland, a long-standing tradition of lengthy local deliberation and consultation creates a slow-moving but highly deliberative form of decision-making. Spring a referendum on people without such preparation and you get an instant reaction. In ancient Athens, the birthplace of democracy, citizens voted on the first day of debate to put to death the entire male population of Mytilene as punishment for their revolt against Athenian imperial control. By the next day, citizens had cooled off, and they voted for leniency.

In the UK, terms like “Brexit,” “no deal,” and “remain” have become heavily loaded, with campaigners for each priming voters to support their view. One way to help counter that priming – supported by past surveys – could be to direct voters, first, to consider what they actually know about the topic, including what they understand by the key terms. Politicians who argue for a choice among three options should be aware of the “compromise effect,” whereby people tend to choose the middle option, rather than considering each carefully.

The UK has held only three country-wide referenda in its history: one on European Economic Community membership in 1975; another on the alternative vote system in 2011; and the Brexit vote in 2016. But it now may be set to hold another highly consequential vote.

As referenda become more frequent, countries need to specify rules to ensure that politicians do not abuse them. This means making referenda non-binding, at least in most cases. It means providing the time, information, and opportunity for genuine deliberation across the electorate. And it should never let politicians (or their advisers) off the hook. They were elected to enact policies that will advance the national interest. They must be held to account for that.

This piece was originally published by Project Syndicate on 13 December 2018.

Ngaire Woods is the founding Dean of the Blavatnik School of Government and Professor of Global Economic Governance at the University of Oxford.
Democracy and politics Global cooperation