Protesting in the digital age 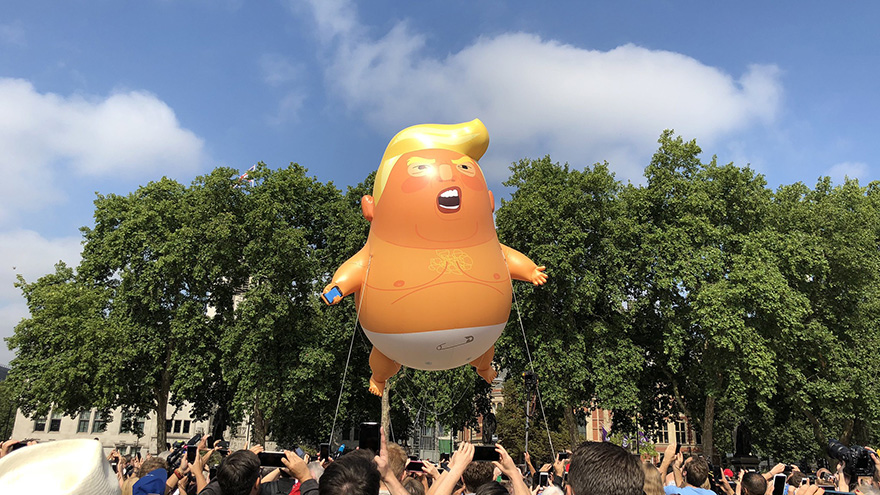 Elections and referenda are just two ways for people to have a say in how they are governed. Protesting is another, which is why rights of assembly and free speech are protected in most democracies.

And in many democracies nowadays, those rights are being used to the fullest. Climate activists and Brexit-related demonstrations have partly shut down London during the past month, and protesters are already making plans for US President Donald Trump’s state visitto the United Kingdom in June. In France, the Yellow Vests are out in force every Saturday.

Social media have made it easier to organise mass protests. Thanks to Twitter, Facebook, and Instagram, people with a common cause can instantly fuel each other’s outrage while sharing logistical details. But these modern-day demonstrations often lack the leadership and coalition-building skills that can translate collective grievance into real change.

True, large protests may help to push an issue up the agenda and increase public debate. But even in democracies, big crowds are often not enough to sway governments. Massive anti-war demonstrations in the UK and the United States in February 2003 did not stop the two countries from invading Iraq the following month. The 2011 Occupy Wall Street movement, which spread to some 900 cities worldwide, did not achieve any particular goal. Nor did the three annual Women’s Marches that took place between 2017 and 2019 in cities around the world.

A lack of clear leadership is partly to blame. Before the advent of social media, organising effective mass demonstrations took more time and effort. Activists would have to plan, raise money to place newspaper advertisements, create telephone rosters, and find rousing speakers to attract the masses.

All of this required leadership to assure people that investing their time, money, and connections in a protest was worth it. By contrast, the new social-media-driven “adhocracy,” for all its flexibility and efficiency, often lacks leaders who can mobilise people toward a well-defined, achievable goal.

Yet there have been successes. In Poland in 2016, well-organised protests persuaded the country’s parliament to reject a proposed near-total ban on abortion. Street demonstrations in several major Polish cities were accompanied by an online campaign and a women’s strike, with women refusing to attend school, go to work, or perform domestic chores. The organisers also mobilised supporters elsewhere in Europe, and applied lessons learned from other countries. Most important, the protesters articulated a straightforward goal – to prevent the new law from being enacted – and their campaign to achieve it benefited from effective leadership and careful planning.

Recent successful mass protests in Algeria and Sudan, meanwhile, highlight the importance of building coalitions with parts of a ruling regime. Demonstrators in these two countries also had clear goals, despite the greater dangers of taking part in street protests against authoritarian governments. When Algerians first protested against the ailing President Abdelaziz Bouteflika standing for a fifth term in office, they were not protected by “democratic” rights of assembly or free speech. And initial protests in December 2018 were rapidly suppressed.

By March 2019, however, some three million Algerians were reportedly in the streets. The protesters’ goal was clear: to force Bouteflika to step down. They succeeded not only because of their sheer numbers, but also because their persistence eventually led Algeria’s military to side with them and force Bouteflika from office. And in Sudan, three months of nationwide protests finally persuaded the army to oust President Omar al-Bashir.

These unlikely alliances between protesters and the military were crucial in both Sudan and Algeria. Many protest movements find it hard to forge coalitions with those in power, instead preferring the heady excitement of a full-frontal assault on a regime. But the most effective protests aim to co-opt some of the powerful in order to weaken a regime. Mahatma Gandhi’s campaign against British rule in India, for example, did not confront the colonial power head-on. Instead, and to the initial incredulity of his fellow insurgents, Gandhi began with a protest march against the British salt tax in 1930.

Social media generally make it hard to build such unlikely coalitions. Digital platforms are good at crowdsourcing dissatisfaction and magnifying it online, but they are more likely to polarise than to help a movement build bridges.

The adhocracy can quickly unite those who share a grievance, whether toward global capitalism or the UK’s plans to leave the European Union. However, it takes much more to unite people around a positive goal, and to mobilise them in ways that can achieve it.

Successful protests require effective leadership, whether individual or collective. And they need to go beyond speaking “truth to power” from the street. Change happens when well-led citizens find ways to speak truth through power in coalitions that are unlikely to be forged online. Digital tools can facilitate effective political organising. But they should never be viewed as a substitute for it.

This piece was originally published by Project Syndicate on 26 April 2019.