Politics is faith, not science 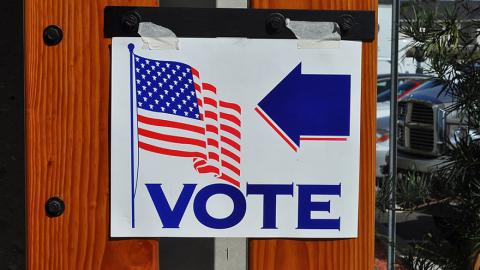 When citizens of the United States go to the polls next month, they will be engaged in an act of faith. They don’t know what will happen in the election or in the weeks, months and years after their election. Like believers lighting a votive candle in a church to pray for a particular outcome in their lives, US voters will be putting their faith in a party and a person.

Americans will be believing and hoping that their party and their candidates will bring about good things. But they don’t know what will happen in the world, how their candidates will react to events, or if their vote will really make a difference. Hoping and believing are religious states of mind and not scientific thinking. And most political actions – by voters and politicians alike – are more acts of faith than certainty.

The religious character of politics means it is not surprising that people have traditionally used religious language to describe political activity. People talk of having political “convictions” and holding to a political “creed”. The “party faithful” are the committed followers who stick with the party through thick and thin when others doubt and fall away. Politicians, like prophets, proclaim a “vision” of the future and ask people to believe it with them. As they do so, neither the politicians nor their followers know if it is really feasible. They know only that it is what they believe and hope to achieve.

But believing is not knowing. It is a form of assent to a personal experience of truth and some ideal representation of the world as it could and should be in the future. This vision of a perfected future is what theologians call an eschatology – a heavenly vision of completion at the end of time, which can begin to be experienced by the faithful in the here and now.

Politics operates on faith. Margaret Thatcher famously put a copy of Hayek’s Constitution of Liberty on the table at a Conservative Party policy meeting, saying: “this is what we believe.” She went on to begin her premiership by quoting an explicitly eschatological prayer from the steps of Downing Street, which asked that “where there is discord, may we bring harmony; where there is doubt, may we bring faith.”

In the UK in 2016, Remainers could not really know what would happen if the UK stayed in the EU but they believed that the EU would hold together and it would be best for the UK trade and security to stick with it. Nor did Leavers know what would happen if the UK left the EU. They still don’t know what January will bring, but they believe their lives will be better for its purer experience of national sovereignty and that, eventually, the UK will enjoy a more agile and expanding global economy than under EU terms.

The deep sense of truth which drives political belief might be the exhilarating conservative insight into the quintessential importance of individual freedom and personal initiative that is able to embrace socio-economic opportunities and create a common good. Or, it may be the more socialist conviction that human beings are at their best when working for each other in the liberating knowledge that we are all equally important in a world that should not be unfairly divided. A green political creed believes deeply that we must find a way to live in harmony with the natural world around us before it is too late.

These truths and ideals operate as articles of faith for political parties. Like religion, they are typically elaborated in metaphors and parables for the electorate in a party’s political rhetoric. Images like a “new deal”, a “third way” and “levelling up” are used to summarise and imagine political faith. Beliefs are also formalised in duller doctrines for political professionals, and  those who question them within the party may well be stigmatised as heretics.

So, how should professors of government and everyday policymakers respond to the religious character of politics? The religious nature of politics is not sufficiently recognised in schools of government or within the political, economic and legal sciences that tend to dominate them. But it could be.

There are three ways we might add value to our teaching and research.

First, we should be more realistic about how so much politics is an act of faith. We should  teach students about the dynamics of belief, and how it works to create and mobilise political movements and their policies. A module in the sociology of religion would offer useful credits in a Masters in Government or Public Policy.

Secondly, we should be more sceptical about political claims especially when they are based in one or two examples of policy success, which are then paraded like the “miracles” of old to prove the sanctity of political saints and economic gurus. We should help students to understand that politics is written and lived as much in hope as in proven experience, and so scrutinise hope alongside belief.

Finally, we should explore the value of political faith. Humans are lost and uncreative when they believe in nothing. The challenge for politics, as for religion, is to enable grounded beliefs that make sense of people’s experience in the present and then improve their ability to work creatively with one another in common cause. Politicians are best advised to offer people a political faith that is practical and demands involvement from us in our everyday lives – things to do not just things to dream.

Practical political belief will always build a more enduring political project than one which offers an ecstatic sense of a future magically delivered.