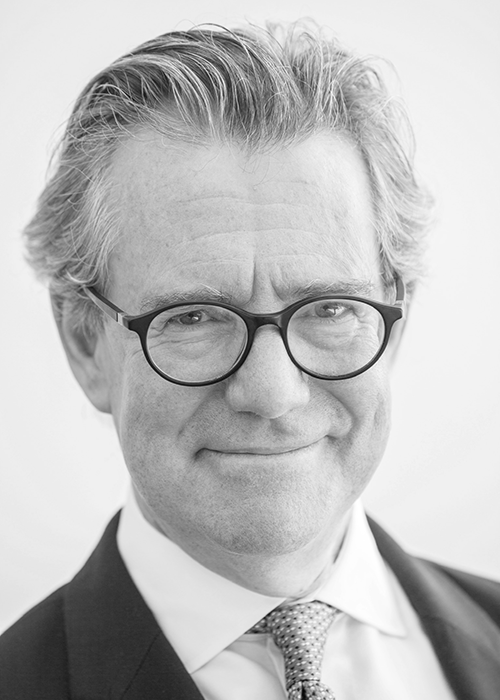 Between 2015 and 2020, he was Head of Policy and Humanitarian Diplomacy at the International Committee of the Red Cross (ICRC) in Geneva, where he led humanitarian policymaking and diplomacy on protracted conflict, migration, internal displacement, urban warfare, new weapons and climate and conflict. He also coordinated the ICRC’s delegation to the United Nations in New York.

Before joining the Blavatnik School, Hugo held positions at the University of Oxford and Oxford Brookes University, and visiting positions at the University of Oregon and the Graduate Institute in Geneva. He has held operational and policy positions with Save the Children, the United Nations and the Centre for Humanitarian Dialogue, and been a board member for Oxfam GB and the Catholic Agency for International Development (CAFOD).

Hugo’s research focuses on an analysis of the 21st century battlefield from outer space to intimate space and its implications for future humanitarian policy. It is commissioned and funded by the ICRC, British Red Cross, Norwegian Red Cross and German Red Cross.

His latest books are Humanitarian Ethics: A Guide to the Morality of Aid in War and Disasters in 2015, which thinks through the applied ethics of humanitarian action, and Killing Civilians: Method, Madness and Morality in War in 2007, which analyses the causes and ethics of civilian suffering in war.

In 2001, the MSc on Development and Emergency Practice at Oxford Brookes University, led by Hugo with Nabeel Hamdi, won a Queen’s Prize for Higher Education for its 'exceptional innovation in the education of humanitarian professionals'.

What use are the maximum demands formulated on the sofa? (Was bringen auf dem Sofa formulierte Maximalforderungen?)

Zeit
In the media

The New Humanitarian
In the media

Corruption and the localisation of humanitarian action

Humanitarian Practice Network
In the media

Should the old or the young be vaccinated first?