Politics and policy: My summer project at the UK Department of Health 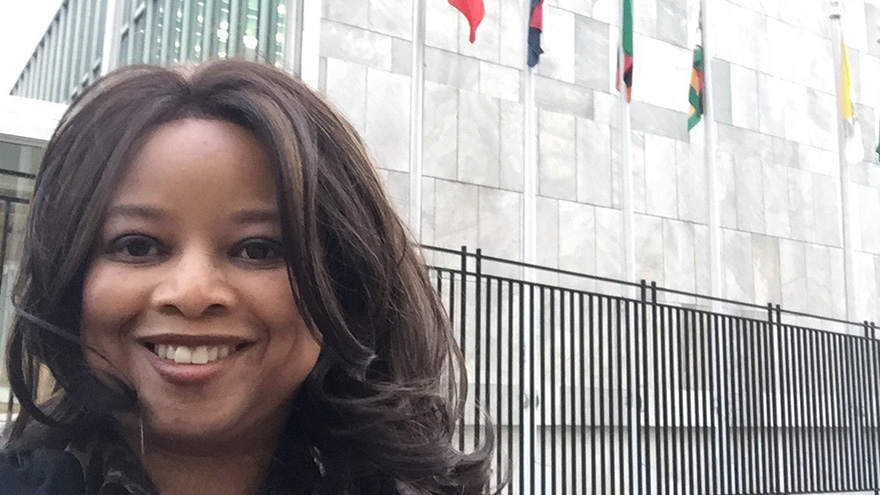 This past summer marked the 20th anniversary of my first visit to the United Nations (UN). I remember first walking into the UN complex during a family trip. We promptly joined a tour and were fortunate to be assigned a guide who was deeply knowledgeable about the inner workings of the institution. During the tour, she explained how diplomats and ambassadors conducted negotiations, business, and other affairs in the midst of pressing issues such as management of ongoing diplomatic crises, human rights issues, and conflicts in countries such as Iraq, Liberia, Haiti, Croatia and Georgia. It was an inspiring discussion, and I hoped that I would one day come to better know and be involved in the work of the UN.

Never in my wildest dreams did I expect that 20 years later I would have the opportunity to meet with former UN Secretary-General Kofi Annan (who assumed office in 1997, just a few short months after my initial visit to the UN) when he visited the Blavatnik School of Government.

As a bonus, I had recently learned that I would prepare policy recommendations for the United Nations General Assembly (UNGA) High-Level Meeting on Antimicrobial Resistance (AMR) as part of my summer project. After working for most of my career in the United States government, I was honoured to have the unique opportunity to work on AMR in the UK and in an international capacity.

I clearly remember my first official week at the UK’s Department of Health, my summer project location in London, because the entire office was following recent major political developments. Theresa May had just assumed office as Prime Minister at Number 10 Downing Street, across the street from our office. One after another, cabinet ministers resigned and new ministers were appointed. This was a very different experience for me, as in the United States I was accustomed to awaiting the outcome of Senate confirmation hearings before the start of terms for the heads of government departments. Yet, in just one day several cabinet ministers had been replaced.

Jeremy Hunt, the Secretary of State for Health, met with our team and other staff shortly after returning from meeting the new Prime Minister and reassured us that he would remain in his position and that our work would continue as usual.

All of these events were a stark reminder of the intimate connection between politics and policy, as the appointment of a new cabinet minister in the department might have had implications for the prioritisation of the work on AMR.

Fortunately, the new Prime Minister seemed supportive of the ongoing work on the issue, and Dame Sally Davies, Chief Medical Officer at the UK Department of Health, also highlighted that “[AMR] is a growing problem, and if we don’t get it right, we will find ourselves in a health system not dissimilar from the early 19th century.”

During the summer project, I engaged and negotiated with a vast number of stakeholders, including representatives from governments, international organisations such as the World Health Organization (WHO) and the United Nations Environmental Program (UNEP), non-governmental organisations, pharmaceutical companies, the agriculture industry, funding agencies, and academia. The project also involved collaboration with countries which had either drafted or were currently working on national plans for combating AMR – from the Netherlands (the lead country on the antibiotic resistance initiative), the UK and several EU countries, to the United States, Australia, Canada, Indonesia, Kenya, India, China and others.

During this time, I learned the importance of patience, flexibility, and effective cross-cultural awareness and communication. These conversations, along with my own research, helped me in formulating recommendations to the UK Government for consideration at the UNGA.

Countries issued statements on their positions at the UNGA meeting and signed a declaration of support for continuous work on AMR. It was very rewarding to witness the impact of the contributions of both my team in the UK and that of my home country, the United States, on a global scale. It was also interesting to attend the numerous “side events”, including an event moderated by the host of National Public Radio’s Science Friday, and the Forum on Sustainable Access to Effective Antibiotics moderated by a member of the President’s Council of Advisors Science and Technology Antibiotic Resistance Working Group.

In summary, the summer project has helped me broaden my international perspective on health and science diplomacy and policymaking while helping me re-evaluate my plans for how I can best serve in a government career. I am truly thankful for such a great opportunity.

Dorkina Myrick is an alumna of the Blavatnik School of Government (MPP Class of 2015) and a physician-scientist from the United States of America. She can be found on Twitter.
Health
The School
...
Global cooperation
United Kingdom (UK)