Not a centaur, but better: building FCDO into a powerful force for good and not for chaos 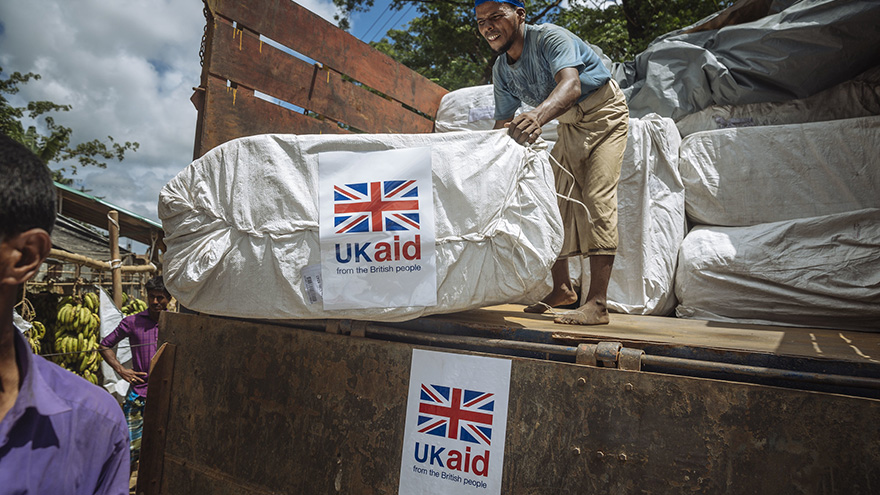 In announcing the merger of the Department for International Development (DfID) and the Foreign and Commonwealth Office (FCO), Boris Johnson has not created a centaur, with the hindquarters of a development agency and the head of a diplomatic service, but a puggle: an entirely new animal. Merging two departments does not create a “hybrid” department or a “super”-department; it simply creates a new department. The new Foreign Commonwealth and Development Office (FCDO) should have the ambition to be a new, fully-formed entity, and requires an approach commensurate to this. The creation of a new department offers an opportunity to improve the effectiveness of the UK’s development work, both in the interest of countries and people in the developing world as well as for the UK. Abolishing DFID is unlikely to have been a necessary (or even good) starting point for this aim, but it has happened. Pretending that DFID’s approach will simply now move under a new letterhead is misreading the tea leaves. Ian Mitchell has commented and offered concrete suggestions of what to retain and more. In our new note , and this blog, focus is on how to make it a success, better than what existed. And we think this is possible.


For the FCDO to genuinely represent a confident, outward-looking Global Britain as a force for good in the world, we argue that it needs:


What problems can the merger be used to solve?


The creation of FCDO reflects a real feeling in parts of Whitehall that the previous model did not work. It is tempting, but incorrect, to think that this is purely a political project. Three tensions stood out, all of which require more than a new letterhead to fix.


Merging DFID and the FCO does not resolve the issues around coherence of ODA spending across government. At heart, DFID’s existence was contested because other parts of Whitehall often saw it as ineffective from a UK interest perspective; equally other departments lacked the expertise or mission to make the most of ODA from a development perspective. The merger does not obviate the need for clear and shared specific objectives across Whitehall.


DFID and FCO have a clash of focus, and without finding the right balance the impact of the aid budget will be dramatically reduced, including for UK interests. DFID has historically allocated resources based primarily on where poverty and deprivation is highest. The FCO’s map is defined by UK interests and partnerships. It is clear that they don’t coincide: as the Prime Minister alluded to, Ukraine fits with the latter but the not former; Zambia fits with the former but not the latter. And they work to different time horizons. Development is a long-term project but the FCO’s goals in developing countries have often prioritised short-term, transactional delivery for UK interests: a contract for a UK firm, support for an international appointment. Merger alone does not resolve this.


Third, the expertise and culture with respect to development and ODA varies widely across Government. Recognising, harnessing and exploiting this diversity early on can massively increase the effectiveness of spending post-merger. DFID is packed with people with deep overseas and development knowledge and have experience in the design and delivery of complex programmes in challenging settings; FCO’s greatest assets are the diplomats for whom representing the UK interest overseas is second nature. They have much local knowledge, but little experience in managing large programmes on the ground.


How can merger work to solve them?


FCDO should develop clear long-term objectives and a strategy for its full global agenda, including poverty reduction, and the use of ODA across Government.


First, the FCDO needs to take the lead in setting clear objectives for what the UK government wants to achieve globally, including its development objectives, to give structure and coherence to the use of ODA and development expertise across government. Global poverty reduction is still enshrined in the International Development Act (IDAct) and clearly a key part of making Britain a force for good in the world. However  the other objectives of DFID and FCO–security, resilience (including to climate change), and prosperity–remain part of the mission statement, as long-term progress will have to be underpinned by broad economic stability and development to be sustained.


But choosing these nouns is not enough; they are a slogan, not a strategy. Turning them from words to action requires grammar, a structure that should come from  a concrete ten-year strategy that sets out the key global challenges that Britain wants to contribute to through diplomacy, development, and other tools – the job of the Integrated Review. FCDO should then concretely define how it and the rest of Whitehall can affect them, underwriting this with longer-term budget setting processes. There is precedent for this: successful FCO-DFID collaboration in the past, such as the Africa Strategy, has often built on a shared, long-term vision and strategy for change.


To implement this long-term strategy, FCDO needs to choose where it acts and what it does. In doing so, it should focus strongly on impact relative to objectives, with aid spending consistent with the IDAct and ODA definitions but also attention paid to diplomacy, influence, and multilateralism. One of DFID’s strengths has been the use of evidence to prioritise its actions and a strong focus on what works: this is the route to impact. The FCDO can deploy this capacity across the full set of objectives it pursues; and like DFID, it should evaluate and assess its approach to learn and improve over time. There is a risk that some within FCDO will be dazzled by the sudden riches that the aid budget brings. But simply spending does not buy results–that way lies the Pergau Dam, hardly a great success for British foreign policy.


Building a department, and a platform for ODA across the Government


For the FCDO to work it must become a fully functional department, working across Whitehall, with real accountability and contestability over its work and resourcing. That means retaining the expertise it inherits, and bringing it to bear on a new, well-articulated, cross-Whitehall mission. It was a mistake of successive Secretary of States at DFID to limit their staff’s involvement in helping to spend the resources of other departments, who would have benefited from collaboration and support. The emergence of FCDO is a way of fixing this properly.


The UK needs a high-quality, design-and-delivery platform to maximize the quality and impact of ODA spending–outward facing so the whole of Whitehall can use it. It can set common, transparent standards for use of evidence, IDA-compliance, monitoring and evaluation, as well as for management and contracting. However, this cannot simply be appended to an otherwise unchanged FCO. The policy and leadership needs for pursuing long-term global objectives and using ODA cannot be underestimated. FCDO should continue the emerging practice of appointing talented DFID officials to senior positions, including as heads of mission, and its own senior staff will need a quality crash course in the challenges and management of using ODA for long-term change.


Not a centaur, but something better


Ultimately, treating the new department as a new entity with new potential borne of the specific objectives it pursues is the only positive way forward. Simply grafting an existing infrastructure for development onto a short-termist diplomatic service will end in tears, as it has before; after all the Centaur is an agent of chaos, not stability. Instead, cultivating the right set of objectives, understood and pursued over the long-term, focusing on impact and making full use of the capabilities available can make a success of the new department. The recommendations we have made here set out how.


This blog was originally published on Center for Global Development to accompany the note written by the authors.


Stefan Dercon is Professor of Economic Policy, Blavatnik School of Government, University of Oxford and a non-resident fellow at CGD. He was Chief Economist of DFID from 2011 until 2017.


Ranil Dissanayake is a DPhil in Public Policy student at the Blavatnik School of Government and a policy fellow at CGD. He worked in DFID from 2011 until 2020, and was a senior adviser to successive chief economists.


* Charles Kenny, Masood Ahmed, and Ian Mitchell made excellent comments on an early draft of our note. Errors remain ours alone.