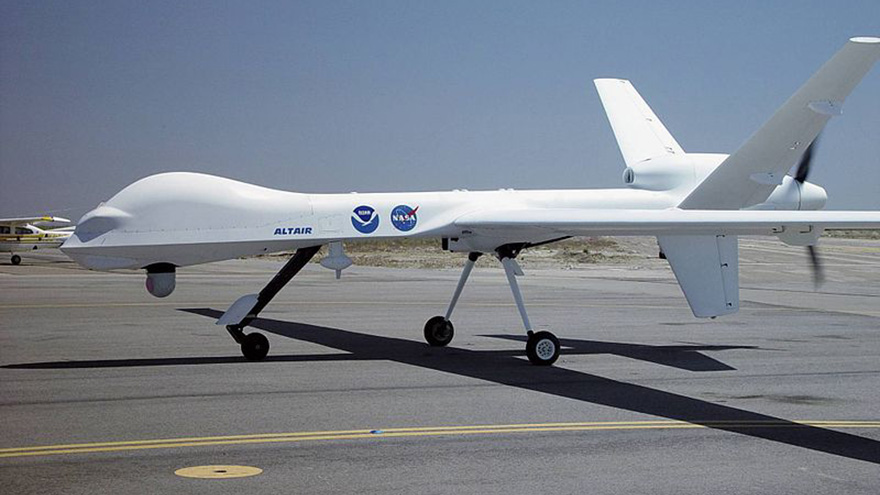 Published by The Intercept website as The Drone Papers, the slides are accompanied by comments from the unnamed source of the leak. The site’s approach is a campaigning one, shown by the decision to label the drone strikes as “assassinations” – but this obscures the significant moral issues the growing use of drones actually raises.

Framing these operations as assassinations, against the bland military lingo of “targeted killings”, is not just a matter of words. Assassination is killing a non-combatant, such as a scientist or politician, for political purposes. It is unlawful under most law – and by most accounts immoral.

But hunting down and killing someone is perfectly legitimate on other occasions, most notably when you are at war. Snipers are trained for exactly that. In evaluating whether a killing is permissible what’s important is the social context in which it occurs. This is a guide to the degree of threat the target poses – and thus their liability to attack.

For instance in war you can attack an enemy soldier who does not pose an immediate threat, because it’s understood they intend to harm you. In civilian contexts, the threat usually needs to be immediate and unambiguous. Operation Haymaker, the drone strike programme in Afghanistan, occurred in a declared war and targeted Taliban and al-Qaeda combatants. Those killings were not assassinations. In fact seeking to kill commanders if that will cause the deaths of fewer soldiers during the course of the conflict is a more moral choice. Enemy lives matter, too.

Another issue is that of the technological change that has made remote-controlled, GPS-guided drone strikes even possible. Does this change the rules of what might represent “assassination”? This is plausible, because the US can identify each target by their name, by combining intelligence from human sources or communications surveillance. This is also akin to how we naturally think of an assassination, where the target is named.

In contrast, in the classic instance of legitimate killing, of a soldier by another soldier, the target is identified only by their uniform and location on the battlefield. Yet the fact the US can identify its enemies by name really shows only the extent to which our use of technology, the records it leaves behind and the ease of surveillance now mean that the US knows more about its foes than ever before. It doesn’t reveal anything about the morality or otherwise of that action.

However, there are no declared wars in Somalia and Yemen. Does that mean the drone killings there are assassinations? Not obviously. The problem is a deep contemporary one. When states had a near monopoly on violence there was a clear distinction between war and peace – and the military and criminal justice systems ensured security in each. But a toxic mix of poisonous ideologies, globalisation, new technology, and failed states raises the question whether this institutional apparatus is still adequate.

In unconventional conflict – the grey area between war and peace – the inherited controls on the use of force that, broadly, balance accountability with security do not easily apply. The problem is: should we stick to the inherited principles, retaining a strict division between war and peace? Or do our moral and legal frameworks need to expand to include lethal force that is short of war? There are pros and cons to each, but the issue needs to be addressed explicitly – an approach that is conspicuously lacking in its treatment by The Intercept.

My own view is that the challenge is not to establish the moral justification for killing Islamist terrorists. They have plenty of blood on their hands – and the avowed intention of staining them a deeper red. Calling their killing “assassination” is a gross misdescription. Instead the challenge is to create sufficient institutional oversight to prevent wrongful targeting.

The agony of civilian deaths

Indisputably the most significant disclosure from this report is not in the leaked documents. It’s a direct quote from the source in the accompanying write-up regarding the possibility of disproportionate numbers of civilian deaths. The justifiability of the programme relies on statistics regarding the numbers of civilians killed alongside legitimate targets. If other people are with a terrorist leader when attacked, and are killed with him, it matters who they are. The official statistics assume, without evidence, that they are engaged in terrorism. The source states:

This method is clearly dubious, runs counter to Obama’s declared requirement of “near certainty” of no civilian deaths and should be the subject of serious investigation.

Even so, it’s laughable to suggest that this leak is a “new Snowden”. Snowden revealed a surveillance capability that was previously hidden, of wide-ranging significance for how everyone uses the internet, including details of collaborations with big corporates that had previously only been suspected.

In contrast, the structure of the drone programme has been common knowledge for some years. The numbers of people affected by drones are still significant – but those affected are already well aware of the fact. Even the dealings with other governments are also known.

It’s sexy to see classified documents, no doubt. But “secret” is the routine level for military operations. In this respect, we should not be deceived by The Intercept’s Hollywood-esque air of uncovered conspiracy.

Tom Simpson is Associate Professor of Philosophy and Public Policy at BSG. This article was originally published on The Conversation on 20 October 2015. Read the original article.
Conflict and stability Technology