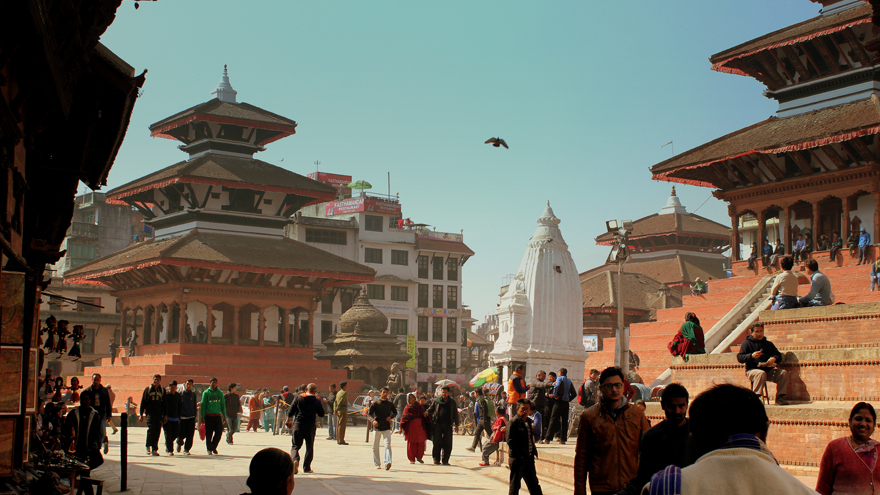 Kathmandu, the capital of Nepal and home to an estimated 2.5m people, sits in a zone of high seismic activity. The city has historically been hit by a major earthquake every 70 or 80 years. The last big one was in 1934. The eight-magnitude quake destroyed most of Kathmandu’s houses, killed more than 10,000 people and injured thousands more. Experts say we are dangerously close to another earthquake – only this time the impact would be much bigger. The city itself has grown massively in the last few decades: houses have been built without consideration to building codes, the city features fewer open spaces, and there are few if any signs of urban planning and disaster preparedness.

Walking through the narrow lanes of inner Kathmandu, where daylight struggles to penetrate and houses stand precariously in front of one another, the city looks like a catastrophe waiting to happen. If an eight-magnitude earthquake were to rock Kathmandu today, the damage would be unprecedented. The Nepal Society for Earthquake Technology (NSET) estimates that 60 per cent of the buildings will be destroyed, more than 100,000 people will die and twice as many will be injured. The majority of roads, bridges, hospitals and airports will collapse making rescue and rehabilitation extremely difficult. Water mains will be destroyed, there will be no power and phone lines will not work.

The importance of a preparedness plan cannot be stressed enough for a city like Kathmandu. Nepal has to act soon, and on a war-scale if it wants to avert tragedy. For a country that has seen prolonged political instability, long-term planning is a concept difficult to grasp: that’s part of the reason why disaster management failed to become a priority for successive governments. It is also worthwhile to remember that Nepal hasn’t conducted local elections since 1997. Not having elected mayors or elected representatives at the village and the district level has eroded accountability at all levels of governance, and relegated pressing issues like disaster planning to the backseat of governance.

However, the realization of the danger ahead seems to have set in and the government has been able to take some concrete steps. In 2009, Nepal rolled out a National Strategy for Disaster Risk Management. A few years back Nepal’s international partners came together to form the Nepal Risk Reduction Consortium. The consortium works with the government to reduce vulnerability to disasters by retrofitting schools and hospitals, providing emergency preparedness and response, training communities and strengthening policies and institutions.

NSET estimates that 60,000 schools in the country need retrofitting. Although the cash-strapped government might not be able to retrofit them all, thousands of lives can be saved if the government can at least ensure the schools follow building codes. There are also other urgent tasks, especially of preparing for the aftermath. Equipping hospitals to deal with earthquake emergency, stockpiling of medicines and essential supplies, and making sure there is enough water, food and fuel for the city in the first few days following the earthquake is critical.

In the long run, however, what Kathmandu needs is an action plan to build resilience against disasters and a strong political will to see that through. That would mean building earthquake resistant infrastructures, enforcing strict building codes, increasing awareness about disaster mitigation and safety, and bringing disaster management to the centre of urban planning. It also means having to rethink our idea of what “development” consists of: accepting the constraints imposed by nature, and finding ways to reconcile growth with sustainability.

Rubeena Mahato is from Nepal and she is studying for a Master of Public Policy at the Blavatnik School of Government. This post first appeared on CityMetric as part of our partnership for the Challenges of Government Conference 2014.
Public sector Development