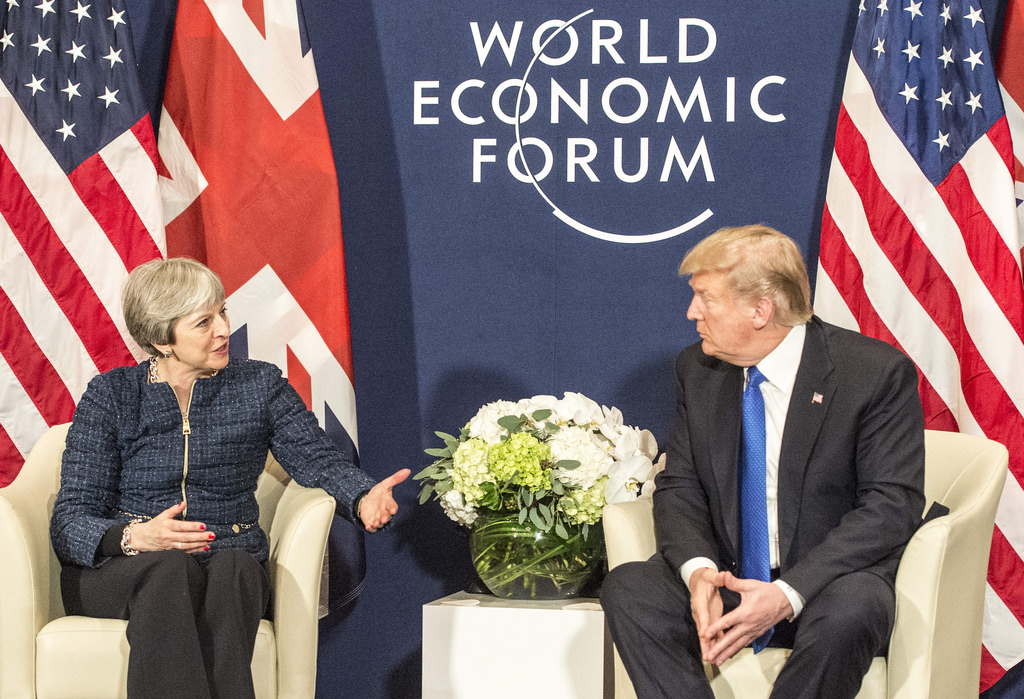 After decades of serving as the backbone of a rules-based global order, the United States, under President Donald Trump, is touting an “America First” agenda that extols narrow economic nationalism and distrust of international institutions and agreements. But a new type of international cooperation may be emerging – one that works around Trump.

To be sure, as the Trump administration continues to repudiate long-established patterns of cooperation, the risk to global stability is becoming increasingly acute. For example, at the World Economic Forum’s annual meeting in Davos last month, US Secretary of the Treasury Steven Mnuchin spoke positively about a weaker dollar as a way to boost US trade.

For a country that relies on foreign demand for strong dollars and Treasuries to finance its rapidly expanding deficit, this is a foolhardy perspective. Moreover, it amounts to a betrayal of the longstanding US commitment to uphold a rules-based monetary system that discourages competitive currency devaluation.

In foreign policy, US Secretary of State Rex Tillerson has endorsed the revival of the Monroe Doctrine – the nineteenth-century assertion of US primacy in the Western Hemisphere that aimed to keep out European competitors – in Central and South America, in order to curb China’s growing influence. Tillerson’s nostalgia for 1823 was not shared south of the border, where, as one Mexican commentator pointed out, the Monroe Doctrine “served to justify gringo interventions,” and where China’s increasing engagement is viewed as a counterweight to the US.

The Trump administration has also unveiled a new, more aggressive nuclear policy. Its Nuclear Posture Review proposes using nuclear strikes in response to non-nuclear threats, and deploying new “low-yield” nuclear devices that would deliver by submarine a nuclear bomb equivalent in power to those that destroyed Hiroshima and Nagasaki in 1945. This policy – aimed, according to Defense Secretary James Mattis, at convincing adversaries that “they have nothing to gain and everything to lose from the use of nuclear weapons” – amounts to a reversal of 40 years of US leadership on reducing nuclear stockpiles and encouraging non-proliferation.

Unsurprisingly, other countries are quickly losing faith in the US as a stable partner, much less a reliable leader. According to a Gallup poll, trust in US leadership across 134 countries has dropped from a median of 48% in 2016 to 30% in 2018, plummeting by 40 points (or more) in Canada, Portugal, Belgium, and Norway. Meanwhile, disapproval of US leadership has surged by 15 points, to a median score of 43%, compared with 36% for Russia, 30% for China, and 25% for Germany.

As faith in America’s international leadership declines, so may countries’ commitment to cooperation – trends that could culminate in an economic race to the bottom or even violent conflict. After all, a country is unlikely to play by the rules if it does not believe that its opponents will do the same. Japan, for example, will more likely refrain from devaluing its exchange rate if it believes that the US will also refrain.

Of course, some of the Trump administration’s declarations might turn out to be mere bluster. During President Ronald Reagan’s first term in the early 1980s, he also questioned the international monetary order; took a tougher line on Latin America; and expressed doubts about nuclear deterrence (preferring the idea of nuclear superiority). But, by his second term, Reagan had come to embrace international cooperation.

At that time, however, US leadership was virtually guaranteed, given that the only other global superpower – the Soviet Union – was in sclerotic decline. That is not the case today. But that does not mean that international cooperation is doomed.

In his 1984 book After Hegemony, the American scholar Robert Keohane argued that international cooperation could continue, even without US global dominance. Keohane’s core insight was that the creation of institutions like the International Monetary Fund, the World Health Organization, and even ad hocinstitutions like the G20 may require a clear leader, but running them may not.1

Indeed, thanks to such institutions, the burden of leadership is now lighter. If governments seek to benefit from rules-based systems, such as those governing global trade, they can do so through existing multilateral institutions. This enables a more diverse array of governments to assume leadership in different areas.

In January 2017, after Trump announced that the US was withdrawing from the Trans-Pacific Partnership – the ambitious US-led initiative to create a massive trade and investment bloc encompassing 12 Pacific Rim countries – many assumed that the TPP’s days were numbered. But a year later, the remaining 11 countries announced that they would be moving forward, based on the so-called Comprehensive and Progressive Agreement for the TPP.

Likewise, after Trump announced last June that the US would withdraw from the Paris climate agreement, many observers feared the worst. By the end of last year, every other country in the world had become a signatory to the agreement. Moreover, 15 US states formed the US Climate Alliance, which is committed to upholding the objectives of the Paris agreement.

Finally, Trump’s public questioning of NATO, the US-led security alliance, has spurred Europeans to forge ahead with their own common security plans. The US, fearing that it could be side-lined, has now raised objections to these moves.

That is not surprising. The form of international cooperation that is now beginning to emerge promises to reflect more diverse views and interests, with countries adjusting their policies based on a variety of international considerations, not just the preferences and interests of the US. The result could be new cooperative coalitions, along with updated global institutions. As for the US, the Trump administration may well find that “America First” really does mean “America Alone.”

This piece was originally published by Project Syndicate on 20 February 2018.

Ngaire Woods is the founding Dean of the Blavatnik School of Government and Professor of Global Economic Governance at the University of Oxford.
Global cooperation Trade
...
Democracy and politics