How to build a ‘digital nation’: Perspectives from Mongolia 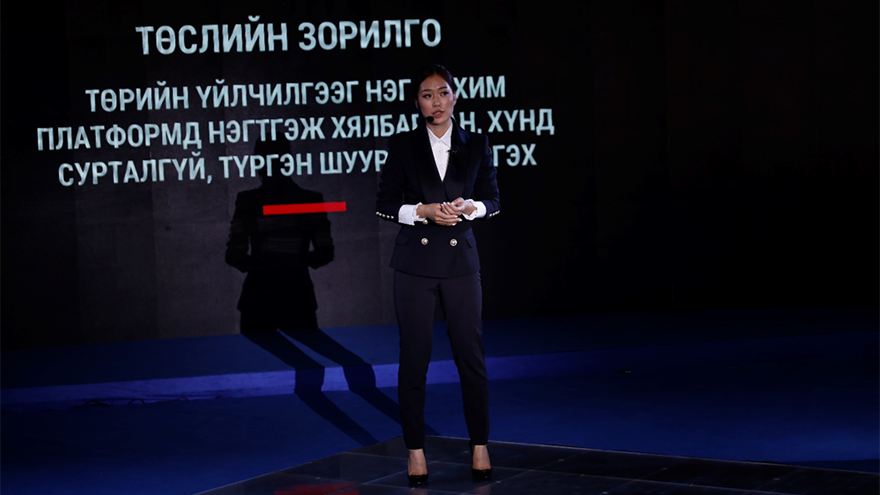 In 2020, the Mongolian government set out its five-year mission to build a ‘digital nation’, harnessing data and technology to facilitate innovation, streamline public services and diversify Mongolia’s mining-reliant economy. In July of that year, I was appointed as the Chairwoman of the Communications and Information Technology Authority of Mongolia and, in the three months that followed, oversaw the implementation of the first step in our journey towards becoming a digital nation: the launch of the e-Mongolia platform.

E-Mongolia is an online platform which currently provides 181 of the most in-demand government services – from getting an ID card to ordering a passport or applying for a business licence. The benefits of such digitalisation are numerous, both for individual citizens and for the public service as a whole. With the click of a few buttons, citizens can now access services that might previously have required lengthy journeys across town, time taken off work for appointments, and dealing with multiple government departments or organisations. According to recent government research based on the total number of public services accessed in 2019, citizens are expected to save a total of 3,581 hours per year as a result of the 181 services currently available through e-Mongolia.


Moreover, this digitalisation enables us to streamline public service delivery by reducing bureaucracy, decreasing duplication of effort between government organisations and suppressing public frustration. As a result of e-Mongolia, red tape bureaucracy was significantly reduced, as well as lower- and mid-level corruption. Complaints regarding bribery decreased by 20–30% in the last three months. What’s more, it is estimated that a total of MNT 24 billion (approximately USD 8.2 million) will be saved annually through reduced paperwork, postage, fuel costs and labour. Another remarkable result is the direct and indirect positive impact on the environment. It is estimated that, as the platform currently stands, it will save 5,913 trees, 11,880 tons of greenhouse gases and about 1 million tons of water per year.


Today, over 500,000 Mongolians use e-Mongolia to access government-provided services. The timing could not have been better – from November 2020, Mongolia started to see domestic transmissions of COVID-19. E-Mongolia enabled citizens to access services online and have ID cards or passports delivered to their homes during the lockdown. We also worked to develop and integrate a COVID-19 ‘test and trace’ tool on the platform, so citizens can stay informed of transmission rates in their local area. The launch of the e-Mongolia platform is therefore considered to be one of the major measures against the pandemic.


The successful launch of e-Mongolia was the result of widespread collaboration between the Minister and Chief of the Cabinet Secretariat and the Communications and Information Technology Authority, and other stakeholders across both the public and private sectors. The next step is to ensure that the ICT sector’s legal and regulatory environments are equipped to deal with ongoing digital development: Mongolia’s newly formed parliament has established the Innovation and Digital Policy Standing Committee to drive ICT development, and new laws covering key issues such as personal data protection and cybersecurity are being submitted to parliament for approval. These laws are key to establishing the ecosystem of a digital nation, and creating an environment to accelerate technology-based start-ups and innovations, as well as encourage investment in them. The Government of Mongolia is currently discussing the establishment of a data centre in the countryside with various corporations from Silicon Valley as part of its efforts to establish a friendlier environment for foreign investors and tech companies.


As one of the most sparsely populated countries in the world – and one which has retained its nomadic cultures – digitalisation in Mongolia offers an important opportunity to increase accessibility to government services and make the public service work better for its citizens. Mongolia's new prime minister, Oyun-Erdene Luvsannamsrai, has affirmed that building a digital nation is currently Mongolia’s top priority. With the successful launch of e-Mongolia, and plans to add 500 new services to the platform in 2021 now under way, we are well on the way to achieving our five-year goal of becoming a digital nation.


Bolor-Erdene Battsengel is an alumna of the Blavatnik School of Government (MPP class of 2016), now the Chairwoman of the Communications and Information Technology Authority of Mongolia. Her work to implement Mongolia’s digital nation strategy builds upon a toolkit project she undertook with the Blavatnik School-based Pathways for Prosperity Commission (now Digital Pathways at Oxford), which assessed the current digital development of the country and prepared a Strategy Primer for the Mongolian Government to transit to the digital economy.