Growth and grief in recent times in Brazil 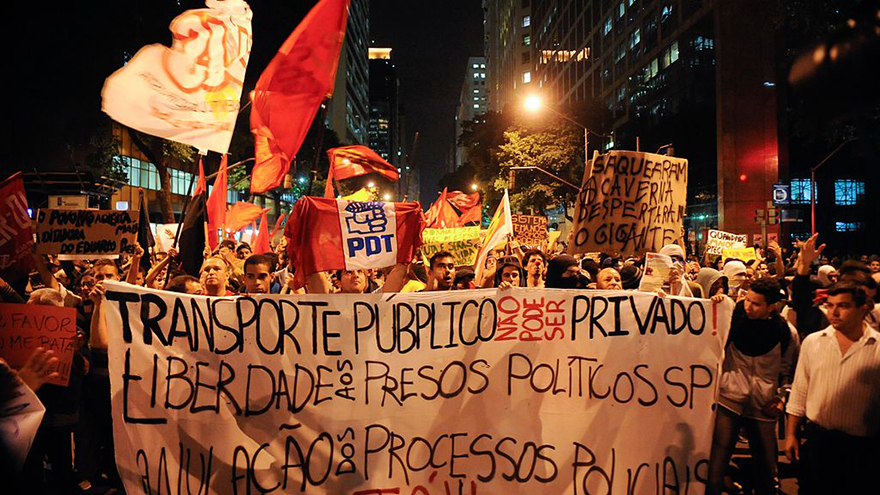 There is much discussion on possible causes for the unrest of people around the world, even in countries with good macroeconomic performance. A common cause seems to be the sense of exclusion, either because of the perception that other groups are doing better or for fear of losing political rights and freedom of expression.

Recently, Professor Andres Velasco from the London School of Economics and former minister of finance of Chile suggested a possible cause for the unrest in his country. In a talk at the Blavatnik School of Government at Oxford University he noted that many feel labor markets in Chile were not open enough. Too many graduates from low income households felt they were not getting the jobs they deserved and were prepared for since they did not have the right connections. In these circumstances people who paid for their education would find that they were excluded from the benefits of the economic growth that Chile enjoyed in the last few decades. Similar reasoning can be found among those displaced by globalisation and other structural shifts. Such sentiments are not restricted to groups at the bottom of the income or social ladder and their impact goes well beyond civil unrest. It probably has contributed to several election outcomes in the last few years.

In Brazil there has not been any civil unrest, despite numerous peaceful demonstrations since 2013. But a major shift in sentiment such as the distancing of the middle class from the left and even from expressions of support to social inclusion began around that time (Couto, 2014). There are many motivations for the distancing from the left, starting with the revelation of corruption at the top of the most important state company, with billions been doled out to parties and prominent politicians from across the political spectrum. The combination of low economic growth and the feeling that government policies might have been favouring the extremes of the income ladder and not providing positive prospects for those in between is also likely to have disenchanted middle class electors. This feeling, as most feelings captured by disquieted voters and citizens around the world, has some empirical basis. And the lack of opportunities for the middle class can have lasting implications for economic development.  How serious is the issue and what can be done?

The sentiment of being left behind is stronger when economic growth slows down. The share of GDP earned by middle income groups in India, for example, has declined from close to 40% to below 30% in 2000-2014 (The Economist, 2018/01/11) and this trend has probably not been reversed since the change in the party in power, given the recent increases in taxes affecting the middle class (Gupta, 2019). But with average growth around 6% a year this has not become a prominent issue so far and middle-class support to the government majority was confirmed in the 2019 election. By contrast, economic growth has been lacklustre in Brazil since the global financial crisis. Despite very large fiscal and para-fiscal stimuli, average growth was barely above 2% in 2011-14 and proved unsustainable. By 2013, employment excluding the public service or in public works was already shrinking, and banks had become increasingly cautious in lending. GDP started to contract in 2014 and dropped substantially in the following year when government stimuli were reduced, utility and fuel prices were freed, the extent of corruption cases emerged and a political movement to oust the president gained traction. In the following years the government led by the former vice president stabilised the economy and the Central Bank used the decline in inflation due to a persistent GDP gap and the flexibility in prices earned in early years to skilfully lower interest rates. Investment, however, remained at low levels, largely because of political uncertainty, and unemployment rates remained twice as high as those in the previous decade. In this environment, small businesses and private sector employees saw their income shrinking while public employees enjoyed job stability and the poor were partially protected by the modest social safety net built since the 1990s. Personal experience for those facing headwinds reinforced what the numbers from the statistics bureau IBGE had been telling about changes in income distribution.

It is well known that albeit income inequality remains very high in Brazil, indicators improved in 2000-2015. The Gini coefficient dropped from 0,55 to 0,49 in 2005-15 (IBGE, 2016) and surveys indicated that the share of the 50% poorest people in aggregate income rose from 11% to 13,6%, an increase of 23% on top of average income growth (IBGE, 2016; Grafico 6.6). According to the statistics bureau, the share of the 40% of the population immediately up in the income ladder, i.e., the middle 40% in income distribution, rose by just 2.5 percentage points (from 43.6% to 45.9%) in the same period, i.e., only 5% faster than aggregate income. According with IBGE surveys, the share of the top 10% incomes absorbed these changes, declining from 45% to 40%.  When these surveys are adjusted using tax, insurance, social contributions and other relevant information, it is estimated, however, that the share of the top 10% income group was actually stable, with a 2 percentage increase in the share of the top 1% (Morgan, 2017). By contrast the share of the middle 40% income group showed a persistent decline, dropping from 34% to 31%, while the rise in the share of the bottom 50% group was reaffirmed, climbing from 12.5% to 14.0%. Morgan (2017) also estimates that the bottom 50% of population captured 20.7% of total income growth in 2000-2015, while the middle 40% income group captured only 16.7% (Morgan, 2017).  Hence, the 40% of the population in the middle group and those in the top 10% group excluding the top 1% incomes had losses in the period. These groups correspond roughly to the upper- and middle-middle class in Brazil.

While the bottom of the top 10% and the middle 40% groups saw their share in the aggregate income contract, there was much celebration about the rising of a “new middle class” from the bottom of the income scale. This new group corresponded broadly to households earning between R$1.800 and R$ 7.800 a month, i.e., USD 500 and USD 2230 in 2016 prices (Bradesco,2018). Nery (2010,2011) argued that the share of population in this low-middle class surged from 38.1% to 55.1%, driven inter alia by the increase in the minimum wage and the 10 million jobs created during the period. Albeit a positive development, this afflux of workers to the middle class was contemporary to stagnant productivity and low growth, with increases in average wages lagging those in the minimum wage.

A major puzzle of the Brazilian economy is the low productivity observed in many sectors in the last 20 years. Agriculture is an exception, with production rising and employment shrinking (from 16.6 million workers in 2005 to 13 million in 2015) on the heels of low taxation, abundant credit and long-term policies that have promoted capital deepening and technological innovation in the sector. In contrast, industry, which faces a higher tax burden, has not fared well, which implied fewer opportunities for better paid jobs in a typically high-productive sector. The duality in interest rates in the period, with tight monetary policy and below-market lending rates to select groups had a moderate only impact on total investment (Barboza e Vasconcelos, 2019) and did not lead to optimal capital allocation (BNDES, 2018).  Also, several policy choices adopted by the government after 2010 proved to be poorly designed and costly, notably in the oil and gas sector (Pessoa, 2019).  These inefficiencies muffled the positive contribution that improved education might have provided to growth and incomes, contributing to a further sense of crowding out for the middle income group, as a larger share of students from low income households got access to public and private universities and joined a job market whose top segment was not expanding fast enough. The pressure continued as the economy did not recover in 2016-17 and 5% of the upper middle class was thrown down to the income bracket of the “new” middle class (Bradesco, 2018).

Considering the international experience, frustrating economic performance, the feeling of lack of progress vis-à-vis other groups and the perception of failings in public governance can be credible reasons for voters to shift their loyalty. Some of these factors no doubt have been present in the Brazilian landscape, but the academic analysis of the possible drivers of the political expressions and outcomes in the last five years is in its infancy yet.  Santos and Tanscheit (2019) suggests that the process around the replacement of the president itself could have motivated a desire for renovation of political names.  Samuels and Zucco (2018) have pointed out that many Brazilian voters are “negative partisans”, i.e., people who dislike a given political party or orientation but do not identify themselves with any other particular group. These voters are open to broad simple negative messages in social media, and can more easily be attracted to newcomers. Their sentiments are not always easy to pin down, as they may like a policy until they realise it is supported by the party they dislike (Samuels and Zucco, 2018), but they need to be understood (Anderson, 2019). The challenge for economic policy makers in open societies is therefore to recognise genuine concerns, diagnosing their causes and responding to them, while moving neither towards policy solutions that would impinge on the general welfare and the well-functioning of the economy nor yielding to expressions of bigotry or antagonism to social inclusion.

Responding to the sentiments of the middle class is a challenge in Brazil. Institutional stability and transparency in the turn of the century helped attract more sophisticated businesses that could offer higher-paid work opportunities, but increasing tax and regulatory complexity as well as ineffectual technology and research policies have stalled productivity growth and contributed to the stagnation of modern manufacturing in the last decade. For skilled workers, entrepreneurship without capital and wrestling with red tape seldom resulted in growing, high-productivity businesses; training without institutions all too often fails to bring enough innovation. Addressing these weaknesses, by facilitating legal business activities and strengthening the governance and capacity of the state can be powerful tools to help reducing anxieties in the middle class and raise standards of living for all, furthering the process of inclusion of low income people that is essential to keep the integrity of the country. However, even if technical solutions exist in a world facing major technological and climate changes, progress in implementing them can only start with genuine listening and clear arguments in an often noisy and hostile environment. Not surprisingly, that has been the experience of mankind from the classics to Abraham Lincoln. It is also the only effective way to promote sustainable growth of jobs and incomes in Brazil, under the rule of law and in a fully democratic space that has served the country extremely well in the recent decades.

The author is grateful for the insightful comments and suggestions from F. Saldanha and other colleagues.