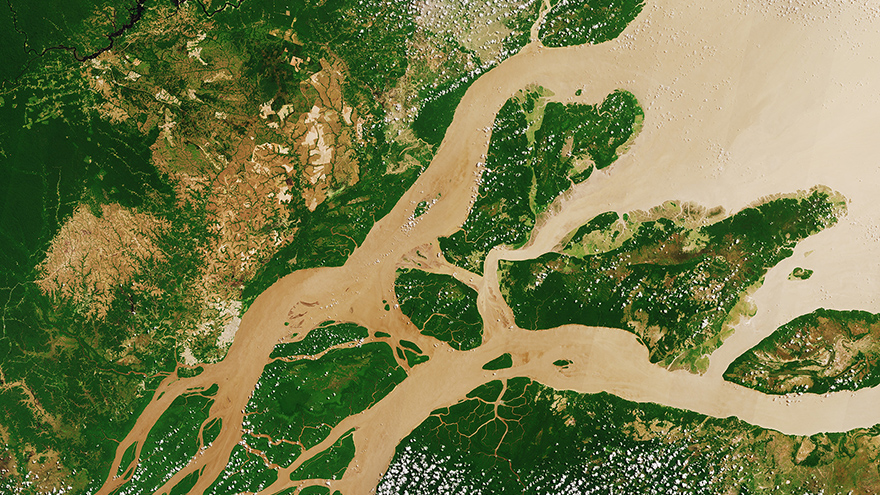 We all want to see the recovery of investment in Brazil. The fall in investment has been a major factor in the weakness of our GDP, and its resumption is the path to more jobs and social peace. Despite the clouds in the global trade arena, several elements favouring investment recovery are coming together, as the current Congress votes an important part of an agenda aimed at improving fiscal conditions and the functioning of markets in the country, which has become virtually consensual in recent years. Perhaps it is time, therefore, to start thinking about what kind of country we want in ten or twenty years from now, and what investments can get us there.

It is worth being ambitious, because the Brazil of today is very different from the one of 30 years ago. We have a more educated population and less poverty, despite the shortcomings still present. It is also worth considering key factors in any future scenario. Among them, along with the increasing influence of artificial intelligence and other aspects of information technology, are the prospects of global warming due to emissions of carbon dioxide (CO2) and other greenhouse effect gases by human activities.

Evidence of their impact has been most visible in recent years and if these emissions do not fall sharply over the next ten to fifteen years, the productivity of economies, trade flows, and return on investment will be increasingly affected. The good news is that, with the help of technology and the private sector, Brazil has excellent conditions to grow while overcoming these challenges.

Brazil may double its GDP while becoming a leader among countries that want to achieve net-zero CO2 equivalent emissions, such as the UK. The country has already shown that it is possible to greatly reduce CO2 emissions without damaging the economy, when we fought fires and reduced deforestation rates in the Amazon after 2004. There is no indication that this success has slowed the growth rate of our economy. On the contrary, it was contemporary with a large expansion of our agricultural exports and the international consolidation of our livestock business. More recently, despite the near stagnation of GDP, wind and solar energy plants have multiplied, creating jobs and income in the remotest places of Brazil. A careful analysis of the main sources of carbon emissions and profitable investment opportunities in Brazil will show that there is plenty of room to continue reducing emissions while creating jobs, increasing trade and attracting domestic and foreign capital.

A strategy for Brazil to reach net-zero carbon emissions begins with increased livestock productivity. The sector has already reduced the slaughtering age of cattle. It has also improved feeding and pasture practices and avoided animals whose breeding is associated with deforestation. These are key initiatives to stay afloat in international markets, lower financing costs, and maximise profits in the face of competition from food alternatives. They also reduce methane emissions, whose climate impact is quite greater than that of CO2, and help capture carbon, especially in the soil. Expanding these practices will create good jobs and reduce the sector's share in Brazil's CO2 equivalent emissions, which according to the Gas Emissions Estimating System from the Brazilian Climate Observatory — SEEG, reaches 23% of Brazilian total emissions using the GWP methodology.

Methane emissions from the decomposition of solid waste (garbage) have also caused sanitation to account for 11% of emissions not originating from deforestation or agriculture. Despite the complexities of the waste management business, it is worth taking advantage of private investors' interest in the sanitation sector to develop integrated business models or to include electricity generation or other activities in new projects. There is plenty of room to increase the safety, transparency, and cost effectiveness of treating waste, creating better jobs, and changing living conditions in our cities, including in their poorest neighbourhoods.

Renewables, which already account for more than 40% of our energy mix, are another key driver for achieving net-zero CO2 emissions. These include mainly hydroelectric, wind and solar sources, as well as biofuels such as ethanol, sugarcane bagasse, soybean and palm tree derivatives, and biogas. Most of the expansion in energy production is likely to come from renewable sources, owing to their complementarity, which can create dynamic forms of energy storage along the day and the year. Their growth does not imply any bias against natural gas, especially in industry and possibly in transport.

Natural gas availability is expected to double in the coming years and could triple, due to the huge amount of gas associated with oil production in many fields in the Pré-Sal oil province and the very low marginal cost of extracting it. The big question is how to bring this energy to the shore and get it around the country. That is why the pipeline privatisation efforts, which began in 2015 and are about to be completed, have been so important. It has not escaped the government attention that greater availability of cheap gas can help our industry, not the least by lowering the cost of the supply chain of the chemical sector. It can also lower CO2 emissions by displacing coal and stimulating electricity cogeneration. The potential for gas, biofuels, and electricity to displace oil-based products, which account for a third of current CO2 emissions, could bring other savings by allowing the vehicle fleet to expand without further investment in refining. Producing electricity offshore, a concept that has received increasing attention, can leverage our natural gas reserves and reduce the carbon footprint from this energy if the CO2 resulting from burning the gas can be captured at the bottom of the sea, especially in the case of fields with high rates of associated carbon dioxide. Many of these investment opportunities are very attractive, and the art will be to create an environment in which the transition toward new energy sources does not create undue subsidies or harm to sectors that require time to adjust.

These examples demonstrate the feasibility of reducing CO2 emissions significantly through investments in proven and profitable technologies as well as in disruptive innovations. This perception is what is attracting large multinationals in the energy and transportation sectors, investment funds, and other sources of capital to many areas in Brazil. However, these initiatives alone will not be enough to reach net-zero CO2 emissions and double GDP in 20 years. To do so, we have to further reduce deforestation and reforest large areas. The economic benefits from deforestation are very small, and its costs keep growing. The meagre benefits are illustrated by large areas in the Amazon that are abandoned just a few years after being deforested and used as pasture. And the costs include the risk that the multibillion agriculture business in the Cerrado will suffer from the disruption of the rain cycle and the transport of moisture from the Amazon as the forest shrinks. Indeed, the risks brought by deforestation should always be considered along with the financial sustainability and gas emissions whenever investment decisions are made, especially regarding logistics and the Amazon.

Reforestation is the cheapest form of carbon capture, and there are tens of millions of hectares of land with little or no economic use in the Amazon and along the Brazilian shores that can be used for this purpose. Reforestation may or may not have commercial goals. Natural or aided restoration of landscapes, including with direct seeding, can lower the cost of helping nature do its work. Several techniques can also create income streams for smallholder farmers.

Expanding planted forests — a strategic industry in the US — creates many jobs and helps the construction sector to get a predictable supply chain, in addition to strengthening our pulp and processed wood exports. Here too, the interest of domestic and foreign investors is strong, and investments depend essentially on a business-friendly institutional environment that avoids unfair competition from illegal logging and gives the confidence required to make investment with long maturity horizons profitable.

We need now to consolidate the excellent knowledge available from many researchers, consultants and organisations, especially from Brazil, to create the roadmap to achieve carbon-neutral growth. Brazil's total CO2 emissions are small as a proportion of global emissions, and we are aware that all the biomass in the Amazon rainforest is equivalent to the amount of carbon in just a few years of the oil produced around the globe (which exceed 94 million barrels a day, quite more than 10 years ago). So Brazil moving towards the zero net CO2 emissions goal is not a strategy to please our foreign partners, even if a growing number of them are likely to commit to these goals in upcoming Climate Change Conferences. It is a national security strategy that creates opportunities for safe investment, underpins economic freedom, meets the demands of a growing number of consumers, and makes us more competitive and resilient even if the world goes in an undesirable direction.

Carbon neutrality can be an excellent organising principle for our investments, fostering efficient choices and avoiding white elephants and regrets. With the advantage that technology changes and falling interest rates in Brazil and abroad make these investments increasingly attractive. Therefore, heavy state intervention should not be needed to move forward, as long as government just provides an environment of trust, openness, and clarity for the private sector.

This article originally appeared in Valor Económico on 20 August 2019.