Finding order in chaos: Six months after the blast, what’s next for Lebanon?

MPP alumna Melanie Anne Cremona looks at the current state of Labanon and how recent events are shaping a new Lebanese identity. 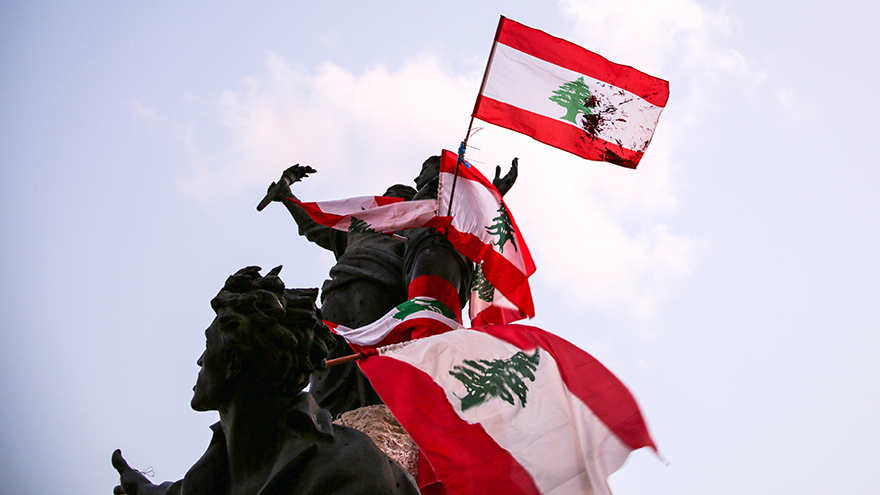 Beirut, 4 August 2020. In the midst of what came to be one of the biggest non-nuclear explosions in history, an image of a young nurse holding three premature infants while clutching a telephone, surrounded by blood, chaos and destruction, went viral. The picture not only spoke of the young woman’s brave calmness in times of crisis; it became the poster for much-needed hope on the long road Lebanon has to travel.

February 2021. Six months later, what has happened? A widespread pandemic, incompetent public policies, a deepening economic crisis and a herd of tone-deaf politicians. While the international community has provided much-needed aid, the gesture falls flat when the funds land directly in the pockets of corrupt politicians, rather than those of the people. After the recent assassination of an outspoken political activist, Lokman Slim, Lebanese people are wondering where to go next.


People not only elect politicians into office for policymaking; they also seek solace and leadership in them, especially in difficult times. In Lebanon, the absence of leadership rings loudly, prompting people to take things into their own hands and come together as one community. In the absence of hope, and the greyness that envelops Lebanon, hope must be created.


A new Lebanese identity is on the rise, making way for a mindset shift and a truly different, united future.


Despite their long history of wars and disasters, the 2020 explosion tested Lebanese people’s identity like nothing had done before. For years, political corruption, external interferences in the country’s political affairs and the deliberate erasure of its history from school curriculums have created and exported the country’s most natural and essential resource: its youth. The consequence of this self-imposed exodus has been to leave Lebanese expats dispersed and detached, often finding it difficult to reconnect with their Lebanese identity.


The blast, unintentionally, brought their spirit closer to home, mobilising efforts across the world to come to their homeland’s aid.


The rise of social media movements during the October 2019 Revolution, which brought people closer together, has now allowed them to directly engage in larger debates and conversations about an assortment of issues – something that has never happened in the past. Social issues which were considered taboo, like the open criticism of politicians and of confessionalism (a system in which political and institutional power is distributed proportionally among religious and ethnic lines), have now become mainstream conversations, with the relentless efforts of the online community shifting the debate on what role the diaspora plays.


The unity that Lebanese expats showed after the blast displayed great signs of a stronger future, exhibited by people’s hunger to reclaim their past, learn about it, then learn from it.


Creating hope rather than waiting for it to come.


Amongst chaos, it is difficult to have faith in a brighter future.


However, undermining the powerful impact of small, meaningful actions can cut the stem right before it’s about to grow from the soil; Rome wasn’t built in a day, and Beirut won’t be rebuilt in one either.


Forming a sovereign and united front will ultimately come down to the Lebanese people’s fight-or-flight response and finding that hope will come through acknowledging how far they’ve come.  As long as societies and issues evolve, like everything in the world, solutions need to be adapted as well. While people wish to believe in good practices, the complexity of the context gives them no other choice but to look to the ones before them, in history and in the world, who stood up and fought for the survival of their nation, which oftentimes came with many sacrifices. Lebanese people are no stranger to sacrifices.


Slow and steady: Solutions in times of despair.


There are no simplified solutions for a deeply complex systemic issue but rather a series of efforts led by individuals across the world who believe that the only thing to do is to persevere. No action is too small and it is never too late to move forward – ever.


When in doubt, the Lebanese people need to recognise their efforts and celebrate their victories: the election of an independent lawyer as the head of the Bar Association, the rise of female-led movements, and other notable accomplishments.


With the widespread use of technology and social media platforms, opportunities for discussions and debates with world leaders can prove powerful and can relocate the revolution to the internet. The Lebanese diaspora, the media, the elites, the intellectuals, the artists, the celebrities and the civil activists now have the honourable burden and great responsibility to write the country’s narrative moving forward.


The international community as a real, informed ally – not an intruder.


Ensuring ethical narratives also comes with an international community which genuinely listens to the needs of the people on the ground and offers sustainable support. For a long time, the aid sector has operated on a self-sustaining model, often causing more damage to the cause it’s fighting for.


Support needs to assist the most vulnerable groups: the domestic workers laid off waiting to be repatriated, the refugees, the homeless and the hungry with no hope, but also the hospitals, the grassroots movements and the emerging independent media platforms which can ensure that people get back on their feet. Last but not least, Lebanese people need justice and accountability.


Darkness, just like light, is only temporary and cannot sustain itself forever. It is through the images of people like the young nurse, the mothers that have lost their children and the survivors that refuse to leave their country that one can find the power to persevere – to not be erased, diminished or shoved to the side.


We owe it to them, the fighters and the survivors.


Melanie Anne Cremona (MPP 2019) is an alumna of the Blavatnik School of Government.