The end of Colombia’s armed conflict is close: What policy challenges lie ahead? 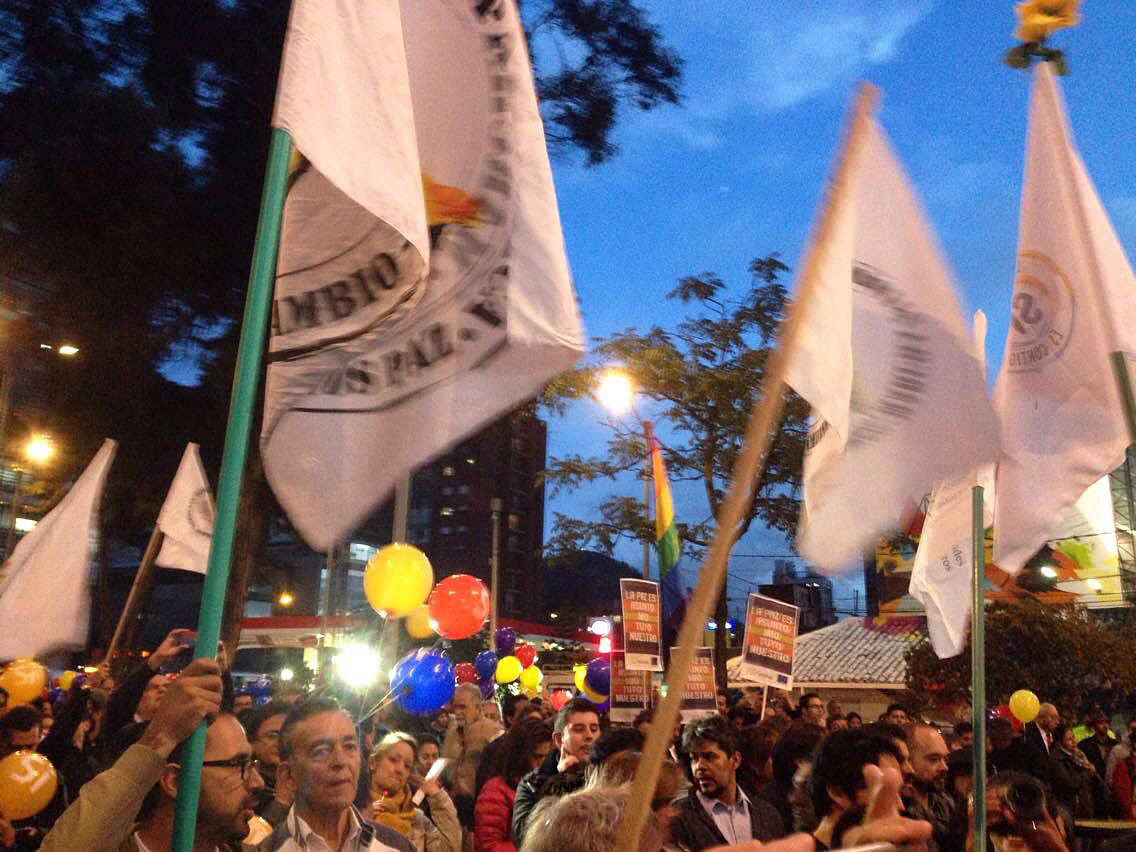 Colombians witnessed a historical moment yesterday when the national government and the FARC guerilla signed an agreement to finalize a fifty-year old armed conflict. Thousands of people celebrated in city squares and the social networks were swept by a tsunami of messages about the peace accord.

However, not everyone supports the concessions granted by the government to FARC and there is a staunch opposition by key political leaders, including two ex-presidents. Moreover, the peace accords are still subject to the result of a plebiscite that will take place on October 2. Most surveys project a lead by the “Yes” vote, but the advantage is not overwhelming and the “No” supporters have been quite effective at campaigning. Finally, even if the peace accord is a success and FARC rebels demobilize, there are other smaller, but powerful, non-state violent groups that will continue threatening peace.

Nevertheless, as most local and international media reported, the agreements reached yesterday convey a message of hope for Colombia. The end of the armed conflict opens avenues of opportunities to focus on addressing myriad problems. Among others, reducing poverty and deep economic inequalities, improving the provision of health and education services, building a decent transport infrastructure network to connect the country, curtailing judicial impunity, repairing nearly 8 million victims of the conflict, demobilizing and reintegrating to civilian life to at least 17,000 FARC combatants, and dealing with other non-state armed groups that are financed by illegal gold mining and drug-related businesses.

In light of all these pressing needs, it is quite difficult to prioritize what policy challenges should be addressed in the years following the end of the armed conflict. And the first problem that should be tackled is precisely related to the policy-making process and the management of expectations after the peace accords. The prioritization of the policies for the post-conflict scenario and their implementation require a transparent debate and enhancing citizen participation. In a politically polarized context, the policies carried out at the national and subnational level require the legitimacy rendered by open debate and effective accountability. Moreover, the government has raised huge expectations for civilians and combatants about the aftermath of the conflict. Empowering people to participate in the decision-making processes may be a way of indirectly managing their high hopes.

Secondly, the government does not have a great record in the delivery of its promises in previous demobilizations of armed groups. Not surprisingly, this has generated new sources of violence related to organized crime. If the Colombian economy is not capable of absorbing the demobilized combatants the country may face the so-called “peace paradox”: the end of the armed conflict, but a subsequent increase in criminal activities. Although unemployment in Colombia is relatively low, currently averages 8.9%, at least 47.5% of the workers carry out informal employments. Hence, it is urgent to implement policies that create new jobs and improve working conditions that allow the absorption of the former combatants by the labor market.

Finally, to add more pressure to the melting pot, the plummeting of the prices of oil in mid 2014 generated a fiscal deficit that makes very difficult to secure the US $16.8 billion required in the next 10 years to implement post-conflict policies. The national and subnational governments cannot rely anymore on oil and mineral revenues to finance their budgets. The government will have to consider a more diversified basket of sources of income to ensure the continuous flow of resources required for post-conflict policies. Certainly that’s easy to say, the real question is how to mobilize these resources.

And that takes me back to the first policy problem that I addressed, about prioritization and public debate. Implementing post-conflict policies and closing the developmental gaps of Colombia will require a significant increase of tax revenues. That is why right after the Colombians vote the plebiscite about the peace accord (and assuming the “Yes” camp wins), the next debate will take place in Congress and will deal with a tax reform. Colombians will have to discuss what price they are willing to pay for peace and what pockets will be affected.

In summary, after Colombia is able to pass the page of the armed conflict, many policy challenges will lie ahead. But there are at least three of them that must be addressed to avoid relapsing into conflict: improving the quality of political debate, particularly to discuss the prioritization of post-conflict policies and programs; generating economic opportunities, to ensure the absorption of former combatants into the labor market; and, securing diversified sources of revenues to finance the long term commitments of peace.

Juan D. Gutiérrez-Rodríguez is studying for a DPhil in Public Policy at the Blavatnik School of Government.
Global cooperation The School
...
Conflict and stability