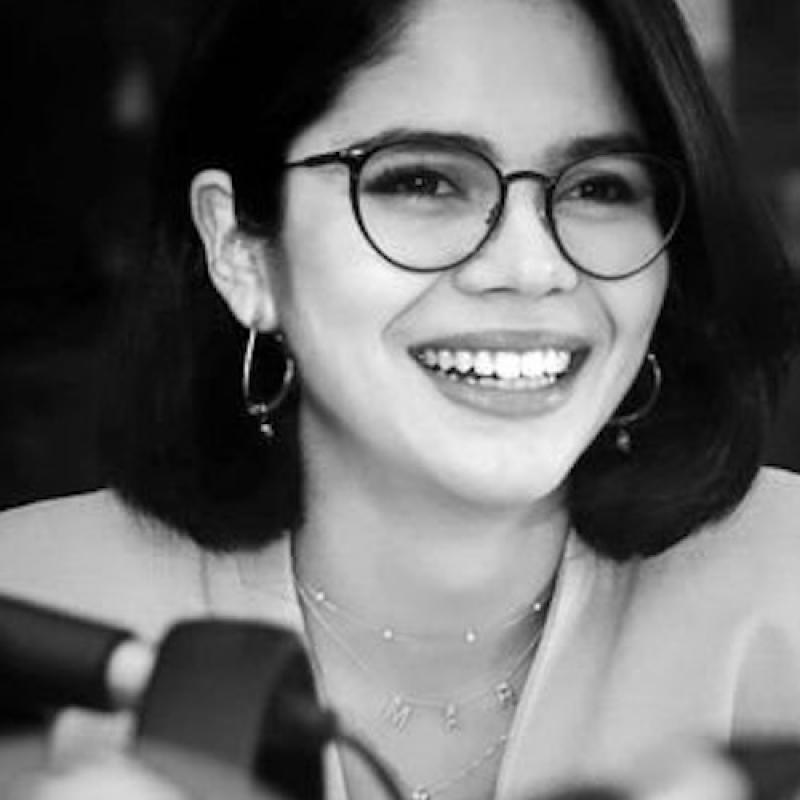 Elections in Honduras: the end of a 12-year regime 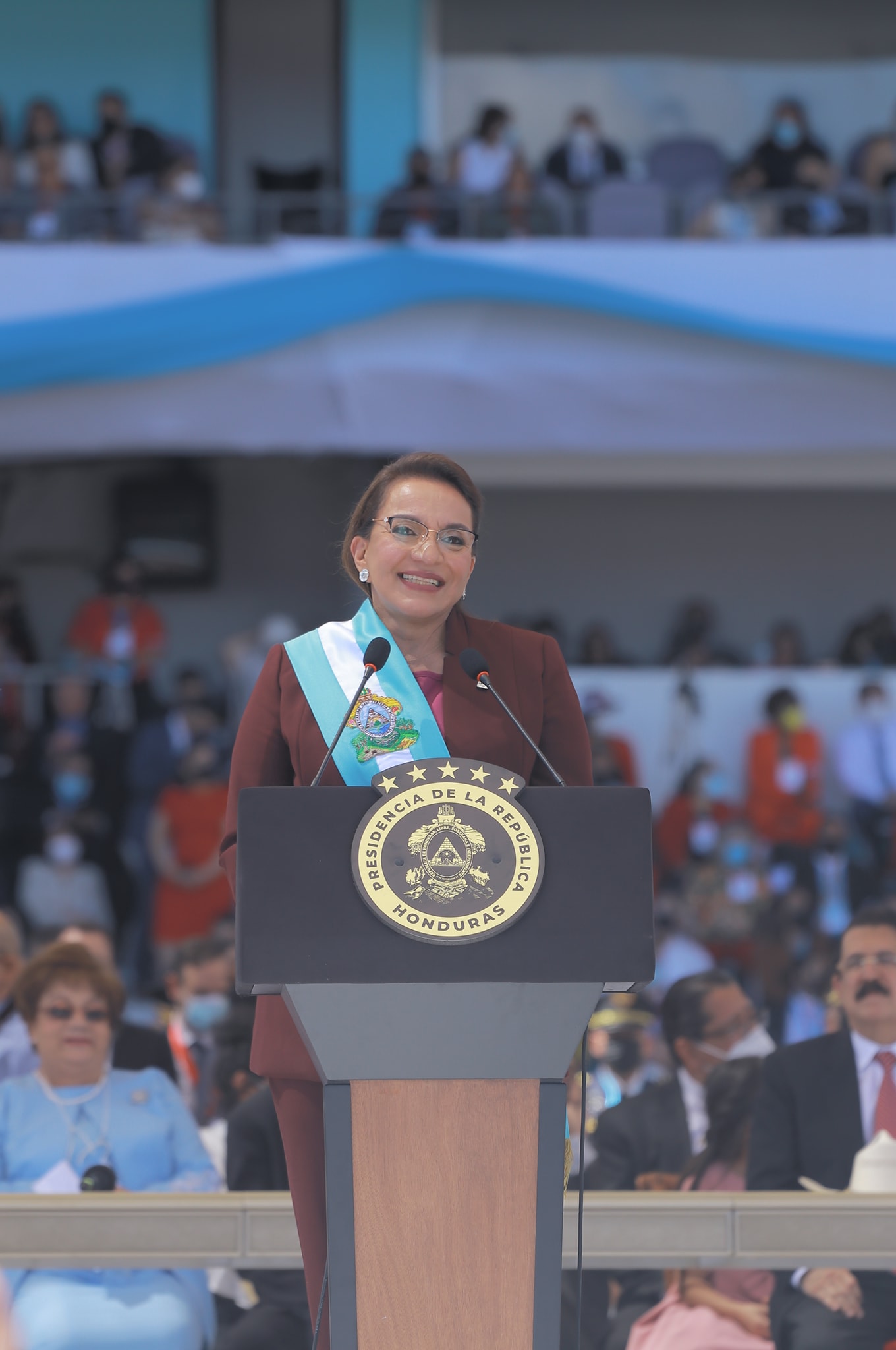 Xiomara Castro during her presidential inauguration on 27 January 2022

In November 2021, Honduras elected a new president, marking the end of an era marred by electoral fraud, social unrest and widespread public distrust in the country's democratic processes.

The election of Xiomara Castro as the constitutional president of Honduras this past November represents the end of a 12-year-long regime that began with the coup that occurred in 2009. Not only is Xiomara the first woman elected as President in the history of Honduras, but this is also the first victory of LIBRE, the leftist political party that was created by the people who condemned the 2009 coup.

It is impossible to illustrate what this victory represents without referring to the struggle for reforms that have allowed the electoral process to feel legitimate for the first time in 12 years. The struggle for electoral reforms has been part of the political agenda in Honduras since 2011 when ousted President Manuel Zelaya was allowed to return to the country. This agreement meant that the party created by the people who condemned the coup were to integrate electoral institutions. This agreement was followed by a second agreement reached in 2013 that meant that whoever was elected as the President in 2013 would have to promote the necessary reforms to achieve fair and transparent elections.

Not only were both agreements breached, but this was also followed by the decision of the Supreme Court of Justice to allow Juan Orlando Hernandez, the Nationalist Party candidate, to pursue re-election in the 2017 electoral process. In Honduras, presidential re-election is outlawed by the constitution and therefore can only be granted through a plebiscite or referendum.

Hence, for the 2017 electoral process, there were once again no significant reforms, and the process was doomed to be qualified as fraudulent and illegitimate. International observers such as the Organization of American States and the European Union stated in their reports that the census used for the elections was unreliable amongst other irregularities that jeopardise political rights. A dissenting member of the then electoral entity publicly confirmed the serious irregularities in the process that were pointed out by other observers and opposition members.

Soon after Juan Orlando Hernández was declared the winner, the country entered an almost two-month social revolt against the official results. These protests were violently repressed by the military and resulted in the deaths of more than 20 people.

The elections in 2017 were the last straw. Along with vast corruption scandals, the sentencing of Juan Orlando’s brother for drug trafficking in the US and the government’s mismanagement of the pandemic increased distrust in the government to an extent that the ruling party was unable to contain.

With the support of civil society organisations and especially opposition members of the National Congress, the first significant electoral reforms began in 2018 with the updating of the National Register of People. These updates aimed to recreate and therefore clean the population census and deliver new ID cards so that the right to vote would be better protected. Following this, new electoral entities were created: the National Electoral Council and Electoral Justice Court. The National Electoral Council is responsible for the administrative, technical and logistics actions and processes to make the elections possible. The Electoral Justice Court is responsible for jurisdictional procedures and actions on electoral subjects. A Special Legislative Committee named by the National Congress selected the representatives of both institutions in September 2019.

Both institutions faced major challenges. Some were inherent to the pandemic regulations that began in 2020. Other perhaps even more significant challenges came in the form of attempts to endanger the electoral reform process through the promotion of traditional, irregular practices that had previously resulted in untrustworthy election results. This influence was publicly coming from members of the National Party. However, political actors that formerly held major control over the elections prior to the creation of these institutions were also pushing against the new rules set by the Electoral National Council above all.

Updates to the National Register of People faced the challenge of carrying out all the fieldwork to clean the current census and providing new ID cards while pandemic restrictions were in place. Even though the plan was to update the data of five million citizens, they reached four million citizens with some irregularities in the data collection. On the other hand, the National Congress – in particular the Nationalist Party representatives – delayed the approval of the budget for the new institutions, and therefore access to the equipment that was required to provide quick and transparent results.

Despite this, primary and general elections successfully took place on 14 March and 27 November 2021.

Members of grassroot movements have described that celebrating the electoral process and its results felt very unreal, stating that even though they are aware that further progress will come with time, at least the severe irregularities of the electoral process of 2017 were not repeated and therefore, there were no protests against the result. The electoral process enjoyed credibility and trustworthiness. This was possible thanks to the public commitment of the members of the National Electoral Council, especially the members that represented the Liberal Party and LIBRE Party in opposition to the National Party.

The electoral process still has a long road ahead in pursuit of the fairest conditions possible. There are still aspects of the electoral process to improve in 2026, for example, the proper regulation of the electoral justice mechanism, amendments to the national census and increased transparency of the bidding processes. On a lower level, traditional practices such as vote-buying also continue to be a challenge. However, there are four important lessons to keep in mind from this experience in the meantime:

Marcela Arias Moncada (MPP 2021) is currently studying for a Master of Public Policy at the Blavatnik School of Government.

Democracy and politics
Honduras
...
Latin America and the Caribbean