Confronting the global threat to democracy 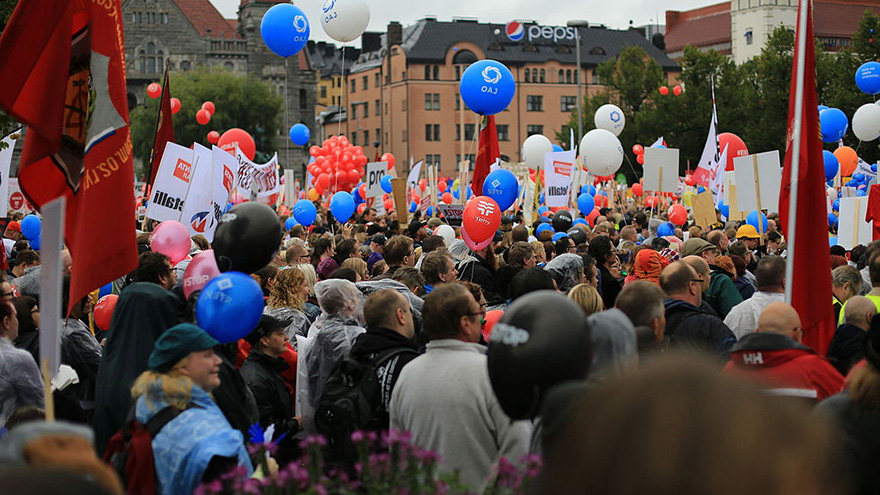 Across the world, populists are attracting votes with their promises to protect ordinary people from the harsh realities of globalization. The democratic establishment, they assert, cannot be trusted to fulfill this purpose, as it is too busy protecting the wealthy – a habit that globalization has only intensified.

For decades, globalization promised to bring benefits to all. On an international scale, it facilitated the rise of the Asian tigers and the BRICS countries (Brazil, Russia, India, China, and South Africa), produced rapid growth across Africa, and facilitated the boom in developed countries through 2007. It also created new opportunities and augmented growth within countries. But since the 2008 crash, many rich countries have been locked into austerity; the Asian economies have been slowing; the BRICS’ progress has been stalling; and many African countries have fallen back into debt.

All of this has contributed to rising inequality, which is now fueling discontent. Emmanuel Saez and Gabriel Zucman calculate that in the United States, the wealth gap is already wider than at any time since the Great Depression, with the richest 1% of households now holding almost half the country’s wealth.

In the United Kingdom, the Office for National Statistics reports that in the period from 2012 to 2014, the wealthiest 10% of households owned 45% of total aggregate household wealth. Since July 2010, the top decile’s wealth has increased three times faster than that of the bottom 50% of the population.

In Nigeria, astonishing economic growth, averaging 7% per year since 2000, may well have reduced poverty in the southwest of the country; but in the northeast (where the extremist group Boko Haram is most active), shocking levels of wealth inequality and poverty have emerged. Similar trends are apparent from China to Egypt to Greece.

Alongside inequality, declining public trust fuels the revolt against globalization and democracy. Across the developed and developing worlds, many suspect that the rich are getting richer because they are not held to the same rules as everyone else.

It’s not hard to see why. As the global economy slows, breaches of trust by those at the top become more apparent. In the United Kingdom, Amazon, Starbucks, and Google attracted public outrage in 2013 for using loopholes to pay almost no tax, prompting the UK government to lead a G8 tax announcement aimed at reducing tax evasion and avoidance. In 2015, an audit of the state-owned Nigerian National Petroleum Corporation revealed that about $20 billion in revenue was never remitted to the authorities under the previous administration.

And the problem appears to be systemic. This year, the Panama Papers exposed how the global rich create secretive offshore companies, permitting them to avoid financial scrutiny and taxation. And the world’s largest banks have faced unprecedented fines in recent years for brazen violations of the law.

But, despite the negative publicity generated by such cases, the public has seen virtually no one held to account. Almost a decade after the global financial crisis of 2008, only one bank executive has gone to prison. Many bankers instead followed a path similar to Fred Goodwin, the head of Britain’s Royal Bank of Scotland, who racked up £24.1 billion ($34.2 billion) in losses, then resigned with a huge pension. Ordinary people – like the father of three who was imprisoned in the UK in September 2015 for accumulating £500,000 in gambling debts – do not enjoy such impunity.

All of this helps explain why anti-establishment movements are gaining momentum around the world. These movements share a sense of disenfranchisement – a sense that the “establishment” is failing to give ordinary citizens a “fair share.” They point to election results “bought” by special interests, and to arcane legal and regulatory frameworks that seem rigged to benefit the rich, such as banking regulations that only large institutions can navigate and investment treaties negotiated in secret.
Governments have permitted globalization – and peripatetic wealth-holders – to outpace them. Globalization requires regulation and management. It requires responsible business leaders. And it requires deep and effective global cooperation. When governments failed to cooperate in the 1930s, globalization came to a crashing halt.

It took a series of careful, highly managed efforts after World War II to open up the world economy and permit globalization to take off again. Still, while many countries liberalized trade, capital controls ensured that “hot money” could not race in and out of their economies. Meanwhile, governments invested the returns on growth in high-quality education, health care, and welfare systems that benefited the many. As the business of government grew, so did the resources put into it.

By the 1970s, wealthy countries’ leaders in both government and business had become complacent. They took on faith the promise of self-equilibrating, self-restraining markets that would deliver continued growth. By the time this new orthodoxy spread to the leveraged financial sector, the world was on a crash course. Unfortunately, many governments had already lost the capacity to manage the forces they had unleashed, and business leaders had lost their sense of responsibility for the welfare of the societies within which they were flourishing.

In 2016, we are re-learning that, politically, globalization needs to be managed not just to permit the winners to win, but also to ensure that they do not cheat or neglect their responsibilities to their societies. There is no place for corrupt politicians pandering to corrupt business leaders.

Restoring confidence will be difficult. Business leaders will need to secure a “license to operate” from society at large, and contribute visibly to sustaining the conditions that support their prosperity. They can start by paying their taxes.

Governments will need to distance themselves from the companies that fail to do their part. Moreover, they must overhaul their own operations, to prove their impartiality. Robust regulation will require significant investment in government capacity and the legal services that support it.

Finally, global cooperation will be crucial. Globalization cannot be undone. But with a strong, shared commitment, it can be managed.