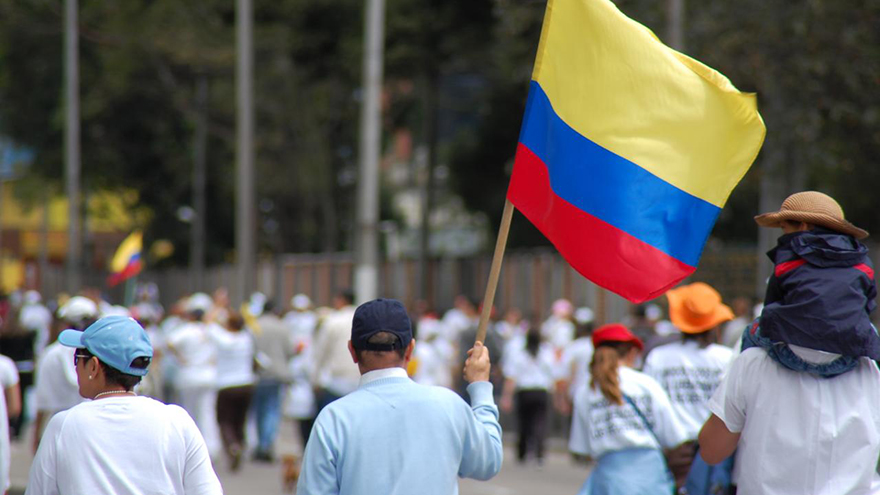 This Sunday Colombians will vote to approve the peace agreement between the National Government and the Armed Revolutionary Forces of Colombia (FARC). The day of the signing, probably the country’s most important day in its modern history, followed the announcement of a definitive ceasefire made by President Juan Manuel Santos on August 24th, and is already regarded by the international community as a milestone on the road towards reconciliation.

It was after 1,439 days of public negotiations held at La Habana that the two parties reached a consensus on the five points agreed in the agenda: 1) rural reform; 2) participation in politics; 3) ceasefire and reincorporation to society; 4) tackling illicit drugs; and 5) justice for victims.
The agreement puts an end to the longest and last remaining armed conflict within the Americas, which during 52 years resulted in a total of more than 220,000 homicides, five million people displaced, and eight million victims (according to official data from the Presidency of the Republic), as well as the third highest rate of impunity in the world, according to the Global Impunity Index (2015).

The conflict began as a struggle between Marxist-Leninism and Liberalism and slowly transformed into subsequent terrorist acts that found in illicit drugs and kidnapping a reliable sources of financing. It wasn’t until 2002 that the Colombian State was able to start to shift the balance significantly in its favour, mainly through the modernisation of military forces with foreign resources from aid programs such as “Plan Colombia”. Ultimately, it was this that allowed Santos’ government to effectively seize the opportunity to engage in peace negotiations while convincing FARC that they would do much better by returning to civilian life and becoming a political party than staying as rebels.

This is the first time in the history of armed conflict resolution that the parties involved agree, by consensus and not by external impositions, to establish a transitional justice mechanism framed in principles of truth, justice, reparation and non-repetition, and whose task will be that of investigating, judging and sanctioning committed crimes – by both FARC and the military – according to national regulations and international standards. It is through this transitional justice mechanism that victims hope to find acknowledgment and reparation.

Nevertheless, it is only with the implementation of the agreement that the joint work between the Colombian Government and the demobilised population will prove successful. There are still many challenges remaining, such as the lack of opportunities for rural inhabitants, the deficit in land tenure and demining landmines, a process which stands as the most urgent. Furthermore, the fight against illicit drugs has so far proved ineffective, as shown in recent data from the White House highlighting an increase of 42% and 68% from 2014 to 2015 in coca crops and production.

As the authors of the final draft of the deal wait for democracy to legitimate what has been agreed, regardless of the results, Colombia’s biggest challenge remains in its high levels of impunity. Recent data from Colombia’s Attorney General show that from the 3.5 million crimes committed in 2015, in only 6% of the cases a guilty verdict was produced. In order to change this, deep reforms within the judiciary system will have to take place, but there must also be a true commitment from those who once caused terror to show the world how real change can be accomplished.

This article first appeared on Reaction on 30 September 2016. Read the original here.

Felipe Montoya Pino is a Master of Public Policy student at the Blavatnik School of Government, University of Oxford.
Democracy and politics Conflict and stability