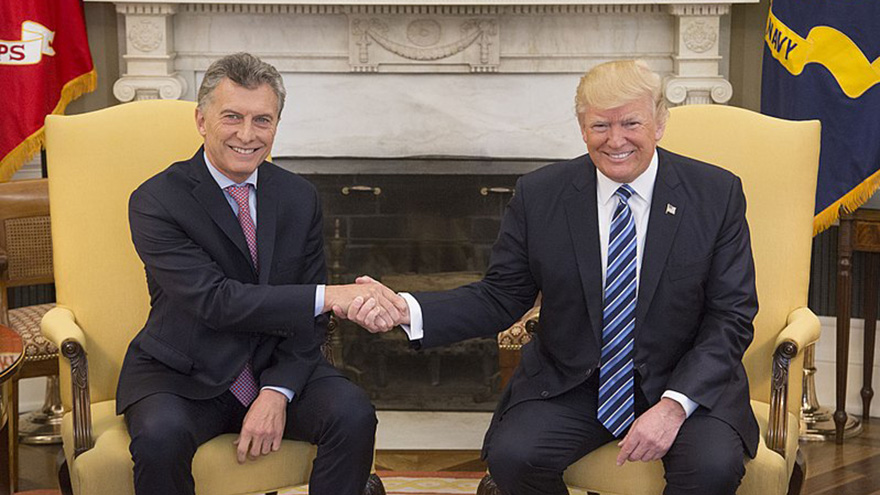 Argentina’s peso has lost around 50% of its value against the dollar this year. In an attempt to explain the situation, BBC World News has recently released a report which compares the country with a fragile eggshell. “Economic fragility is the result of very technical issues —explains BBC journalist Daniel Pardo—, but it can be summarised as follows: foreign investors do not trust in Argentina. This happens because, unlike countries with an economic policy that survives governments, Argentine rulers change their model every 10 or 15 years.”

If countries were animals, Argentina would be a chameleon. Chameleons have the ability to change their colours, which can be an asset in a dynamic context if combined with contextual intelligence — or a weakness if not.

Over the course of its history, Argentina has rarely combined its colour-changing skin (namely, volatility of domestic public policies) with detailed diagnosis of international contexts. The implications of the latter have been an erratic domestic and foreign policy, and a consequent lack of credibility at the global level.

When it comes to explain the volatility of domestic public policies, an obvious intuition is that Argentina has been consistently designing ineffective public policies. Why? Long story short, due to corruption. Although possible, that is a very simplistic approach to the problem. The explanation might lie in the process of policymaking itself.

Even though the economic weight of the City of Buenos Aires is overwhelming if compared with the rest of the twenty-three provinces of the country, the process of policymaking in Argentina takes place within the context of a highly decentralised federal system. Simplifying a bit, then, it can be said that: (a) political power is distributed but resources are concentrated —and mostly managed— by the President; (b) unpopulated and poor provinces are overrepresented in institutions such as the Congress.

In light of the above, imagine now you are the President of Argentina and you need to pass a law because you do not hold the majority in the Senate. X is a low-income province that has 500,000 inhabitants and three votes in the upper chamber of the Congress. Y is a middle-income province, but it has 15,000,000 inhabitants and the same number of votes. In a trade-off for three votes with a provincial governor, it would be ‘cheaper’ for you to budget a public policy in province X or Y?

Presidents always want to promote their own agendas and governors are always in need of resources. The policymaking process in Argentina, then, does not take place in the Congress but is instead the result of exchanges between the president and provincial governors — that is to say, between politicians that try to maximise benefits before short-term elections. In a nutshell, the institutional design of Argentina incentives volatility and undermines long-term policies — whether they are fiscal, economic, social or foreign policies.

In the absence of significant attributes of power, the colour-changing ability of the chameleon has a purpose: pragmatic camouflage. But what if the chameleon changes its colour and the new colour does not match with the environment? That has been repeatedly the case of Argentina’s foreign policy, which has always been tied to the negative externalities of its domestic scenario.

After the neoliberal decade of President Menem and the great depression of 2001, Argentina faced a serious lack of access to international credit. The situation persisted for many years and, when President Cristina Fernández de Kirchner (CFK) took office in December 2007, she implemented a long list of measures to strengthen the domestic market. To reinforce this path, she later adopted protectionist policies and aligned the country with China, Russia, Venezuela and, to a lesser extent, other South American countries. In CFK’s view, it was important to reduce the dependence on superpowers’ agendas because, eventually, the liberal order would decline. The only problem for that diagnosis was the context: the Obama-led (very liberal) international order.

When CFK left office in 2015, the liberal order was still there, and so the new elected President Mauricio Macri decided it was time for Argentina to be back on the (liberal) world stage. Therefore, the chameleon changed again the colour of its skin by adopting free-trade economic policies and by showcasing the will to lead both multilateral and minilateral forums. What followed is known to all: Donald Trump became President and it was the US the country that started to question the liberal international order it had once promoted.

María Lasa is currently studying for a Master of Public Policy at the Blavatnik School of Government.
Public sector Economy
...
Democracy and politics Global cooperation