Brexit: Opportunity or peril for trade with small and poor developing economies? 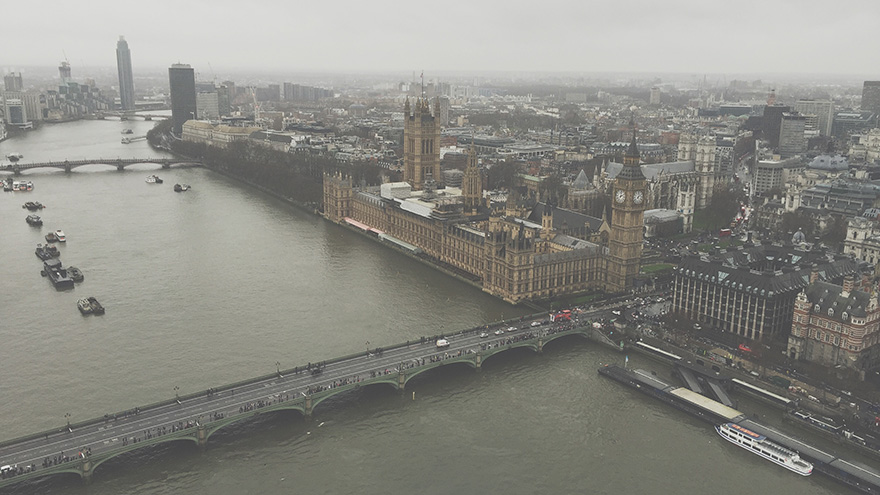 The UK is rethinking its position in global trade. In the wake of the UK’s EU referendum and the vote to “leave,” the government has created a new Department for International Trade and is busy re-deploying several hundred civil servants to staff it. Yes, after more than 40 years, trade negotiations are seeing a revival in the UK. They are suddenly all the talk in town.

Crucially, if the UK does exit the EU, then under all conceivable scenarios it will need to renegotiate its trade relations with third parties. This is vital for developing countries as they all access the UK market on preferential terms, through a myriad of agreements that have been brokered by the European Commission. If the UK leaves the EU, these agreements will no longer apply, and quick action will be needed to avert the severe trade disruption that faces some developing countries. Yet Brexit may offer a silver lining: precisely because new trade arrangements will need to be agreed, it provides developing countries with an opportunity to restructure and improve their trade relations with the UK.

Trade with the UK is vital for some developing countries

These countries typically export a narrow range of products that would not be competitive on the UK market in the absence of preferences. Alternatively put, were the UK to exit the EU without a mechanism in place to safeguard existing preferences, garments and textiles factories in Bangladesh, cane sugar producers in Mauritius, Fiji, and Belize, and smallholder banana farmers in St Lucia could go out of business overnight. As these economies are heavily reliant on external trade, the economic impact of any disruption could be substantial. By way of illustration, exports of goods and services as a percentage of GDP in 2013 were 61 for Belize, 49 for Mauritius, and 57 for Fiji.

All developing countries currently have preferential access to the UK market under the EU’s Generalized System of Preferences (GSP) scheme. Under this scheme, developing countries pay lower tariffs than developed countries to access the EU market, while the latter have to rely on the EU’s most-favoured nation (MFN) tariffs which are agreed at the WTO.

By far the most valuable aspect of the EU’s GSP scheme is the Everything But Arms programme that has provided duty-free quota-free access to the EU market to all least developed countries since 2001. This scheme has been particularly important for cultivating new revenue streams in some of the world’s poorest nations, including Bangladesh and Cambodia, which depend on the scheme to export garments.

Many developing countries also have valuable preferential access to the UK market through EU free trade agreements. At present, the EU has trade agreements with just over 50 countries, most of them developing. These include Mauritius, Fiji, Belize, and St Lucia.

In the event of a UK exit from the EU the EU’s GSP scheme and the EU’s free trade agreements will no longer apply. In the absence of a new arrangement developing country exporters will no longer have preferential access to the UK market.

While the debate in the UK is focused on the differences between these various scenarios for the UK economy, they all have similar implications for the structure of UK trade relations with developing countries. To see this, it is helpful to examine the Norway model, which from the UK’s perspective is the closest to the current status quo.

Under the Norway scenario the UK would be part of the EEA and would stay in the EU single market. The vital difference is that under this and all the other scenarios the UK would manage its own external trade relations. Like Norway, the UK would not be party to the EU’s preferential trade agreements with third parties. The UK may decide to devise a new scheme for granting developing countries access to its market; Norway has its own Generalized System of Preferences, which is modelled on the EU’s and includes duty-free quota-free access for least developed countries.

The UK would also need to negotiate its own free trade agreements and economic partnerships. If the UK joined EFTA it could negotiate free trade deals together with Norway, Iceland, Switzerland, and Liechtenstein, which have free trade deals covering 38 countries. Alternatively, and more likely, the UK could go it alone to strike its own deals.

The UK would no longer be party to the EU’s common external tariff. Instead, like Norway, the UK would have discretion over the MFN tariffs it sets. If the UK dramatically lowers its MFN tariffs, or declares “unilateral free trade” as some Brexit supporters have advocated, this will create winners and losers among developing countries. While many would welcome increased market access, countries that currently enjoy high margins of preference into the UK market would face preference erosion.

A temporary bridging agreement will be needed

The costs of trade disruption from “Brexit” could be very high for some small developing countries. Yet brokering new free trade agreements with these nations and devising a new GSP scheme is unlikely to be top of the UK’s priorities as it focuses on averting its own trade disruption. The ball is therefore squarely in the court of those developing countries that stand to be most affected by a change in UK preference arrangements following withdrawal from the EU.

To ensure trade is not disrupted developing countries could club together and work with legal experts to identify a creative “bridging arrangement” that the UK government can implement while a more permanent solution is worked out. For instance, it may be possible for the UK to simply replicate the EU’s GSP schemes for a limited period, pending the development of its own. Given how stretched the UK government will be, any solution will need to be relatively simple, and quick to implement. Developing countries have ready allies in the UK for this task, ranging from the UK’s Department for International Development, to non-profit groups that have championed fair trade, and British businesses whose supply chains would be disrupted.

Developing countries also have an interest in the nature of UK-EU trade relations after Brexit. The Norway scenario is the only option that would continue to provide almost seamless access to the EU’s single market and under which the UK would mirror most EU regulations. Other scenarios offer varying degrees of integration and alignment of a myriad of rules affecting trade between the UK and the rest of the bloc.

This matters for developing country exporters and investors. If rules and regulations in the UK and EU start to diverge, exporters from developing countries will have to keep abreast of, and comply with, new requirements ranging from rules of origin, to product standards, and labelling. Brexit may then require a reconfiguration of business models by developing country investors that use the UK as a base for smoothly accessing the EU market. Jaguar Land Rover, one of the UK’s largest car manufacturers and majority owned by the Indian company Tata Motors, is a case in point.

As the UK and EU start to negotiate new trade relations, developing countries will need to identify the implications for their exporters and investors, and look for ways to shape or respond to these negotiations.

Emily Jones is Associate Professor at the Blavatnik School of Government, Deputy Director of the Global Economic Governance Programme and a Fellow of University College.

Sources: Trade data is sourced from http://comtrade.un.org/ accessed via on 14 July 2016. Exports to GDP data sourced from World Bank national accounts data and OECD national accounts data files accessed on 15 July 2016. Calculations are the authors own. Data was averaged over the most recent five years for which data is available (2011-2015). Where data was missing, it was averaged for the available years.  On EFTA’s FTAs see here. On Norway’s GSP scheme see here.

This piece first appeared on the International Centre for Trade and Sustainable Development blog on 26th July 2016.
Economy Global cooperation
...
Democracy and politics