Are we living in an Orwellian state? 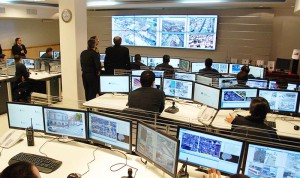 Edward Snowden is now a household name. Judgements about his actions vary: is he a traitor or heroic whistleblower? Regardless of your views, his revelations are having the effect he intended. In an interview just after the initial disclosures, he claimed that “My sole motive is to inform the public as to that which is done in their name and that which is done against them”, because what the NSA is doing poses "an existential threat to democracy". The public is now informed, and key political debates are beginning to happen in Washington and London. In mid-January, Obama addressed the issue of surveillance in a speech, endorsing important principles and outlining steps that could lead to significant change. In the UK, the Intelligence and Security Committee (ISC) has called for evidence for an inquiry into the adequacy of the laws which regulation data interception. Explicitly on the agenda is the balance between privacy and security.

The central facts now known are: (i) the NSA and GCHQ have successfully ‘hacked’ the Internet, gaining access to data which its originators did not authorise through a variety of ‘upstream’ and ‘downstream’ means, and is collecting vast quantities of metadata; (ii) this has happened largely without the awareness of the Parliamentarians responsible for overseeing the agencies. This is mostly for systemic reasons to do with lack of time available for oversight and deficient technical knowledge, perhaps ‘regulatory capture’ such that the security agenda is basically agreed with, and perhaps occasionally a disingenuous lack of disclosure. For most of us, most of the time, this surveillance has no effect on our actual lives. But it is not difficult to see how it could.

The point is not just that less benign rulers could make use of this technology for significant oppression. It is whether this kind of practice is itself compatible with liberal democracy. What may be done legitimately in pursuit of security? My own view is that such bulk data collection practices are not necessary for adequate security. (I have argued it too in a submission to the UK's Intelligence and Security Committee of Parliament - ISC.) It is worth noting that I was surprised to come to this conclusion. My instinct is one of sympathy and support for those who do the difficult and often sacrificial job of protecting society, where there is usually only criticism when things go wrong. It is a task which I have taken part in myself. Nonetheless, this degree of privacy intrusion is not compatible with liberal democracy. Why not? Because democracy requires freedom of association and freedom of reading; both are compromised if I worry that the government may learn who I have met and what I have read. The Obama proposals are welcome, however, and go a long way to answering these concern—crucially the commitment for data storage to be by non-state institutions.

It is worth recalling the famous exchange between Mrs. Powel of Philadelphia and Benjamin Franklin, upon the signing of the US Constitution. “Well, Doctor, what have we got, a republic or a monarchy?” Franklin’s reply: “A republic, if you can keep it.” We are at one of those moments where keeping an open society requires dismantling parts of the institutions which protect us. This means foregoing some security, and we must be clear-minded in recognising that lives may be lost as a result. But the risk is worth it.

Further reading: the US President’s Review Group report (Dec 2013) is here. Helpful description of the significance of metadata is here.