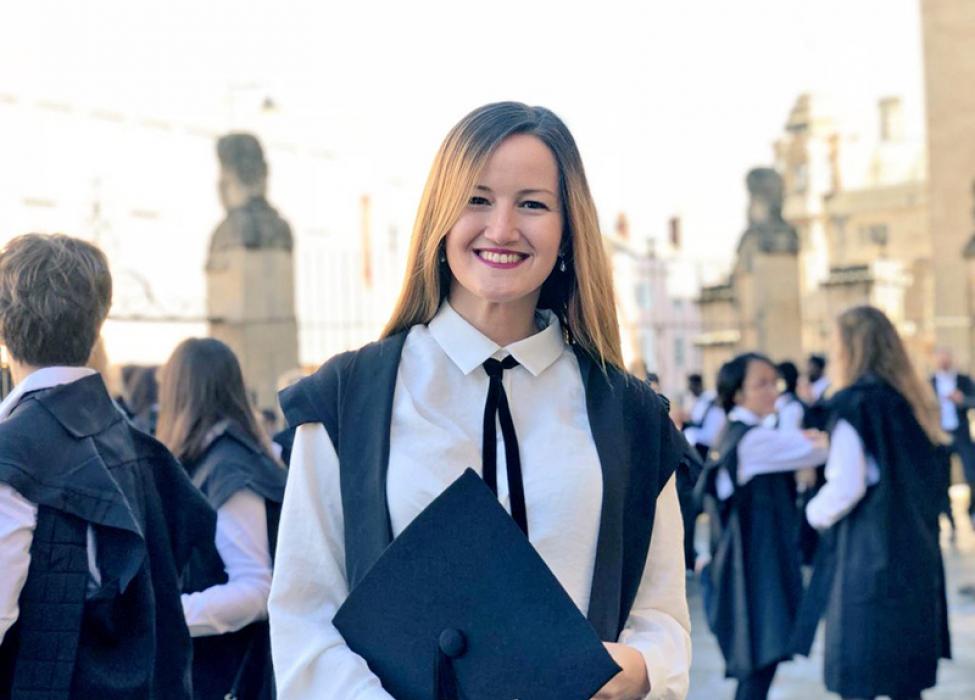 After serving in the Paraguayan government, Soledad relishes the chance to keep learning on the MPP

Appointed as Paraguay’s Minister of Housing and Habitat at just 31, Soledad Nuñez (MPP 2018) became the youngest person ever in the cabinet, and the first woman to hold this position. She joins the MPP programme following her four-year term in office.

From an early age, Soledad felt a strong commitment to improving her country. By studying civil engineering, she hoped to tackle the lack of infrastructure in Paraguay. Her work in construction led her to the NGO sector, where she headed up a project building emergency housing in very low-income communities.

“We mobilised over 15,000 young people in an effort to eradicate poverty in our country. I learnt a lot about the needs of citizens, and realised how fortunate I was to have studied at university. This increased my determination to strive for a more egalitarian society.”

Under her leadership, the project team built over 4,000 emergency homes, and following this success, the President of Paraguay appointed her as Minister of Housing and Habitat. “It was a huge challenge as I didn’t have a political background, and corruption has given politics a bad reputation among young people. I accepted the role so I could try to change the system from within.” As a young woman in office, Soledad was in a minority, but this didn’t stop her asserting herself or pursuing ambitious goals. “You can’t be timid when the wellbeing of thousands of people is at stake; you have to think big.” By the end of her time as Minister, Soledad’s team was working with a record 30,000 families.

Following this success, Soledad decided to take a step back to reflect on the huge changes she still believed necessary to make the political establishment fairer.

“This is why I’ve come to the Blavatnik School of Government. I need to be better prepared in order to better serve my country, and I felt inspired by how the School is shaping leaders around the world.”

The multidisciplinary MPP is giving Soledad the background knowledge needed for pursuing her goals. “I learnt so much in my first term. I can see already how these tools would have helped me better achieve objectives in my work.” She will use these skills directly when she returns to Paraguay. “After studying philosophy, I will think more clearly about the decisions I make. Economics is essential too. As a minister, you need to be able to express yourself in economic language.”

Following the course, Soledad will devote herself to creating a more just and effective public service in Paraguay. She encourages other professionals to follow her example and take the time to gain fresh perspectives. Returning to university after holding a high-level position was a significant change, but she quickly adapted to the new rhythm.

“This programme allows diversity in many ways – not just nationality, but also age, background and level of experience. Some people are anxious about returning to education, but there’s no time limit. Even if you are a minister or a CEO you can always learn something new.”