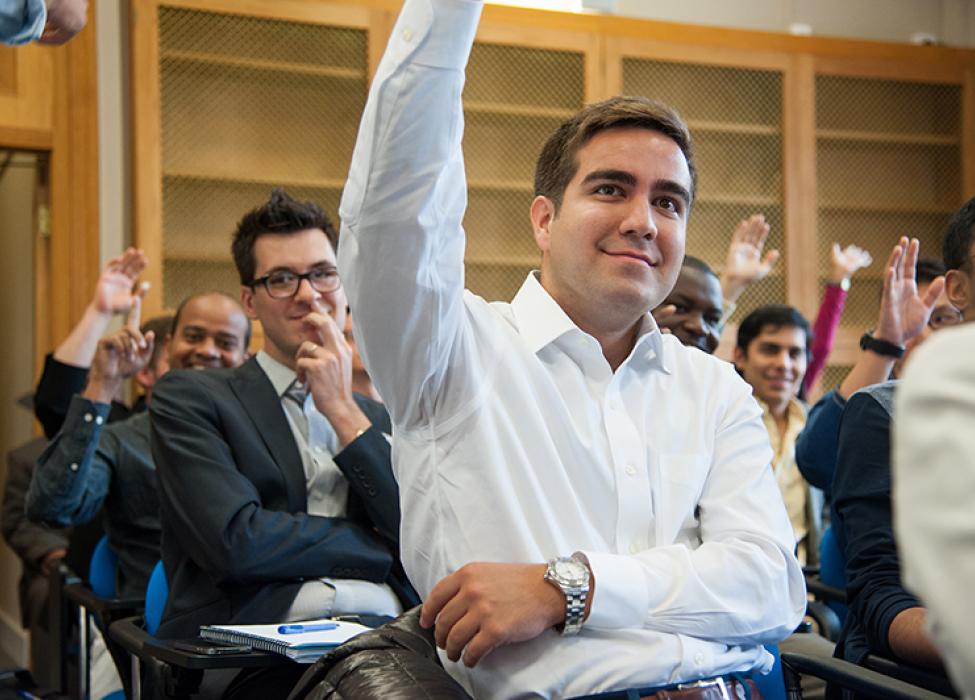 Levent Tuzun (MPP 2013) is a former investment banker who grew up in Istanbul, Turkey. He was awarded a scholarship to take up his studies at the Blavatnik School. It is a joint scholarship between the University-wide Weidenfeld scholarships with the support of the Louis Dreyfus Foundation and the UK government’s Chevening programme. The scholarship is specifically for MPP students and requires a separate application to be considered for the award.

Levent studied at Yale University and completed a double major in Economics and International Studies. After graduating, his work in the Financial Institutions and Governments Group of a major investment bank would occasionally bring him to confront public policy questions. This reinforced his interest in the wider challenges of public policymaking, and led him to apply for the MPP at the Blavatnik School of Government.

It would have been difficult for Levent to come to Oxford had he not been awarded the scholarship. The surprise for him has been that his scholarship has brought more than just financial assistance. “A major pillar of my Oxford experience has been the set of opportunities given to me by the scholarship. There is a community of Weidenfeld scholars at Oxford. A lot of events go on throughout the year, and there is career-mentoring scheme for those who wish to be connected with professionals in the areas that they want to work in. There is also an umbrella organization, the Institute for Strategic Dialogue which also welcomes students to work on its projects.”

He has found returning to life as a student a positive experience.

“It has been refreshing and thought provoking. Because the MPP is globally recognised as a professional degree, I think it made sense for me to first work and then come back to school. When I was working, especially in a high-pressure environment like investment banking, it is often too easy to forget the big picture. Even if you are working in a policy related area, and in my case I was as I was dealing with international banks and their ways out of the financial crisis, it is hard to keep up to date and do something about larger policy questions. Being at the Blavatnik School has helped me recalibrate where my interests lay, and what I can learn going forward, and what I can do on a wider scale.”

Levent had always hoped to be able to one day complete an MPP. “I saw the Blavatnik School of Government and thought it had something really unique to offer. I wanted a new country and a new challenge so I applied to the School. It has been a great mix of academic or theoretical work and practical application-heavy work. That is what I was looking for, ranging from a foundations of government and political theory course to an applied government course where we write weekly memos.”

Levent’s immediate aims are to return to the private sector working in a position that deals with public policy questions. He maintains an interest in Turkish politics and has a strong interest in contributing to Turkish policy making and politics in the future.