Juan David Gutiérrez and Diana Dajer, two of a kind 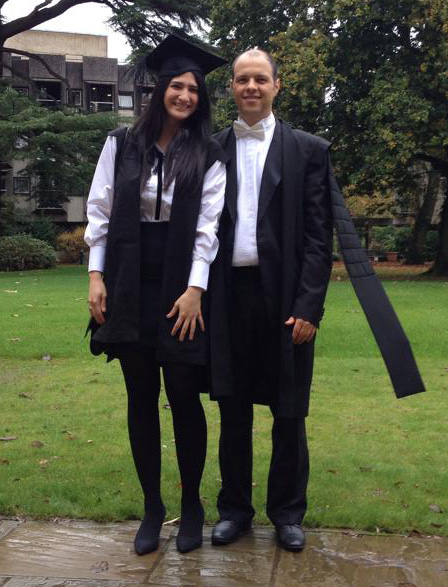 A couple with a strong commitment to improving government

The students who decide to bring their family to Oxford when they start an MPP or a DPhil with us are not rare, but the story of Juan David Gutiérrez (DPhil 2014) and Diana Dajer (MPP 2014) is quite unique – they are both Blavatnik School of Government students, and are married.

They met at Javeriana University in Bogotá, where Diana was studying and Juan was working as a lecturer. Strongly committed to public policy, both JD and Diana held roles as advisors within the Colombian government and followed with interest the development of the Blavatnik School from the start. After they got married in March 2013, they started planning their move to Oxford. “Coming to the Blavatnik School of Government together became our first project as a married couple. We feel very blessed for making our dream come true,” says Diana.

Diana’s interest in peace building led to advising the government on the peace process with FARC guerrilla: she is now seeking to expand her experience with an MPP. Juan David is one of the first DPhil students at the Blavatnik School – his research focus is public policies for the management of non-renewable natural resources, having experience within the extractive sector and as advisor to the Minister of Justice.

According to the couple, there are plenty of advantages in sharing the student life as a couple. “Besides benefitting from studying simultaneously and exchanging our thoughts about what we have learned, we also enjoy the small pleasures of our everyday life at Oxford” says Juan David. Diana thinks that sharing the student experience is an incredible prospect.

“Experiencing the Blavatnik School of Government alone is certainly a unique opportunity, but being able to share it together is even better than what we could ever imagine! We advise other couples that think about studying together to plan ahead and aim at having this kind of experience.”

Diana and Juan David are very active within the School: for example they have both been involved with our Challenges of Government Conference, helping with writing articles, summarising sessions and translating for a Colombian guest, the Mayor of Medellín. They have also started a series of interviews with high-profile experts on pressing policy issues in Colombia in collaboration with politics news website La Silla Vacía.

Although not immediately – the DPhil requires a commitment of three years – Juan and Diana plan to go back to Colombia and participate in the country’s public policy and development debates using the skills and insights they gained at the Blavatnik School. “We owe it to all the people that did not have the opportunity to study in a world-class university like we did. We like planning together, and we have been thinking that one of our next joint projects may be to set-up a non-partisan think-tank that contributes to raise the level of public debate and propose implementable strategies to have a more equitable society. Likewise, at some point we would like to work again in the government.”

Read the full interview with Juan David and Diana in the Blavatnik School blog. 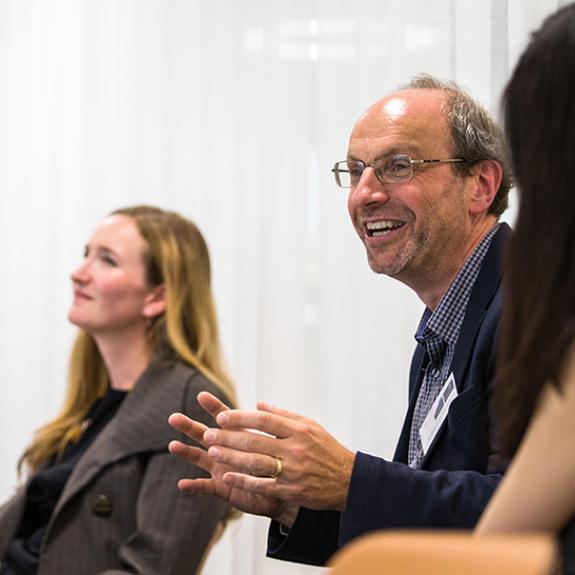