An experienced lawyer takes time out to hone her policymaking skills 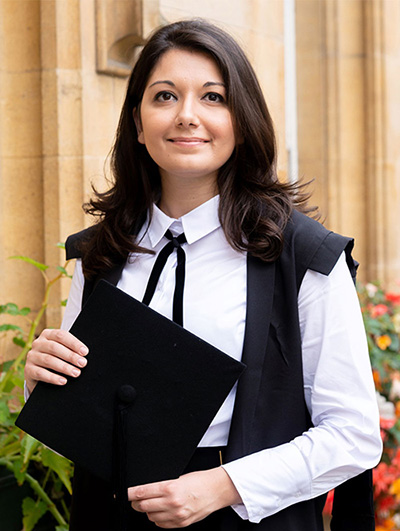 Anna Abela (MPP 2018) qualified as a lawyer in Malta, but always aimed to combine law and public policy in her career. An internship at the European Commission in the final year of her law degree sparked her interest in European Union (EU) policy, and she went on to specialise in EU law and politics in London and Belgium. Subsequently, she worked for the European Union’s Delegation to Jamaica, co-designing a €24 million programme to reform the Jamaican justice sector. It was through her counterparts and colleagues in the Jamaican diplomatic community that she first thought about formally studying public policy.

“Many of the diplomats and development practitioners I was working with had done a Master of Public Policy or a Master of Public Administration. In my job, I was already doing many things that are part of the curriculum here; monitoring and evaluation, and designing public sector reform programmes and policy interventions, but I wanted to gain the academic foundation.”

After finishing her role in Jamaica, she moved back to Brussels, to serve her country Malta during its first Presidency of the Council of the EU.  There, she worked to reform the Common European Asylum System against the backdrop of the high number of asylum-seeker arrivals in 2015-2016, including by leading negotiations to establish an EU Agency for Asylum. Her last job before joining the School was at UNHCR, the UN Refugee Agency, working for its representation to the EU.

With her career already well underway, Anna thought carefully before taking a year out to do the MPP. “It’s a very difficult decision to leave your job, particularly if, as I did, you find your work to be deeply rewarding, but unlike other similar programmes the Oxford MPP is only a year long. For me, this was a big plus as it meant that I would quickly return to my career after gaining this qualification.” Speaking to an MPP alumnus she had studied with in London convinced her that it was the right course to choose. “He told me that his cohort was the most inspiring he’d ever been in. His personal recommendation really made the difference for me.”

The MPP allows her to fill in gaps she has identified in her skill set. “Knowledge of economics and statistics is vital to design effective policy. As a lawyer, I did not have a quantitative background before I came to the School. I also wanted to learn how to evaluate the success of policy interventions, build high-performance teams, and manage large budgets.” By gaining a wider range of skills, she will be able to broaden her professional horizons.

“As a trained lawyer, employers often channel me towards roles requiring legal skills, whereas I prefer to work at the intersection of law and public policy. This degree will demonstrate that I’m equally capable in both legal and policy analysis.”

Anna has benefited from the experiences and knowledge that her classmates bring to the programme. “Here, many of the students have as much or even more substantial work experience than I do. The Class of 2018 includes former Cabinet ministers, high-level diplomats and civil servants, members of the military, and policymakers from UN agencies and international financial institutions, among others.  Our professors draw upon the wealth of professional experience in the classroom during lectures and tutorials. Outside the classroom, I have benefited immensely from my conversations with classmates, many of whom have shared with me the lessons they learned from some of the most defining moments in their careers.”

Her time at the University of Oxford is giving Anna space to plan her next step. The University Careers Service and her academic supervisor have been helpful, and she has signed up for the professional mentoring scheme at the School through which she has been able to discuss her career development with a highly regarded barrister and legal scholar. She’s looking forward to being able to make a more informed contribution to policy formulation after graduation, and relishes the breadth of possibility the MPP curriculum provides.