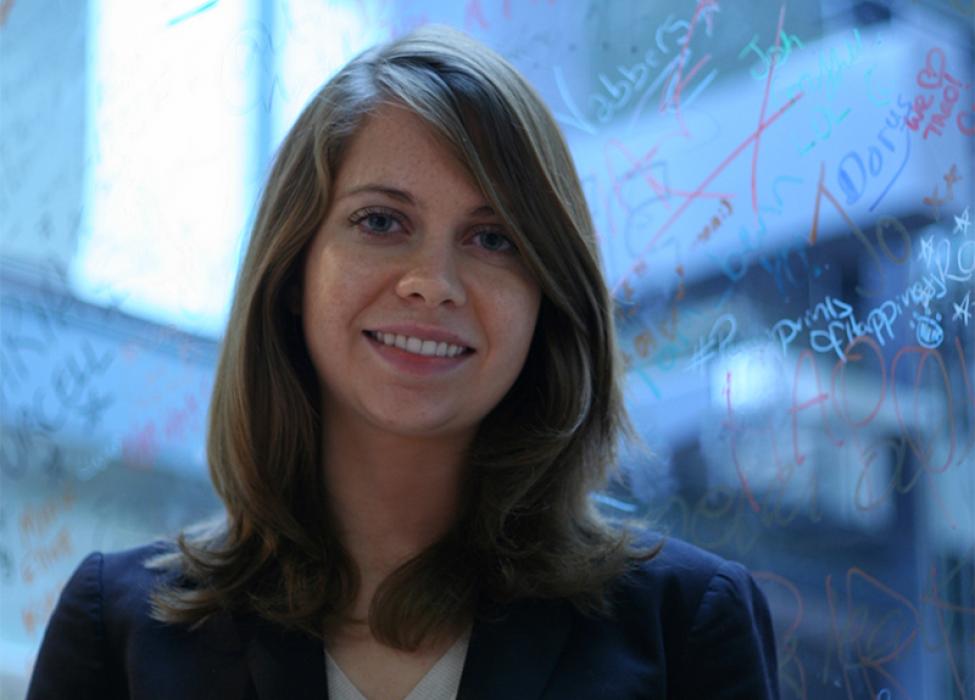 With a Master’s degree from Oxford University’s Internet Institute, following her Master of Public Policy with a government-focused job at Facebook was the ideal career move for Alison.

Always interesting, often diverse: these are the paths chosen by our students after they leave us and become officially Blavatnik School Alumni. Alison Cies has moved into the world of social media with her post-MPP role at Facebook in London.

Alison is part of Facebook’s Politics and Government Specialist, which focuses on training and advising politicians, government officials and agencies, diplomats and embassies on how to engage with citizens through social media. The team operates in the EMEA region (Europe, Middle East and Africa) and is often on the road to meet with politicians and governments. Their work ranges from training up constituents on how to use Facebook, through to informing them about the power of social media and the direct, two-way conversation that platforms like Facebook enable politicians and citizens to have.

“A big part of what my team does is focusing on the ‘big moments’ – elections, debates and similar” says Alison. “Recently, in the run-up to the Scottish Referendum, we worked with campaigns on both sides and as part of that we held the first ever Facebook debate.”

In addition to providing training and advice, Alison also serves as the data lead for politics and government in EMEA. During major political events such as speeches and TV debates, people take the discussion to social media – the so-called ‘second screen engagement’. Alison’s role is to look at the topics that resonate the most with Facebook users and to analyse how the discussion develops on Facebook. This data not only helps advise politicians and campaigns on how to best use Facebook, but it is also used in the press to illustrate the interaction that takes place on social media between citizens and their elected officials during elections and other major political events.

Alison started her work at Facebook thanks to the MPP’s Summer Project placement, during which she worked on the company’s first Transparency Report.

“The most immediate way in which the MPP helped me was obviously the Summer Project – it opened so many doors! I’m constantly referring back to what I learned at the School, in particular how to approach questions with critical thinking and how to use data to make informed decisions – both very relevant skills in my role now.”

Above all, what Alison cherishes the most from the MPP experience is the sense of community she felt from her fellow students. “I look back at that time so fondly. I think the School does a great job at bringing together a group of people from so many different background and interests. Everyone comes with their own experiences and the small group learning means that you really get to know each other’s perspectives. I learned so much from my class in such a short space of time and I feel I’m really part of a global community now. And of course, Facebook keeps us close – we can see what people are up to, their travels and achievements, and feel like a community – even remotely!”