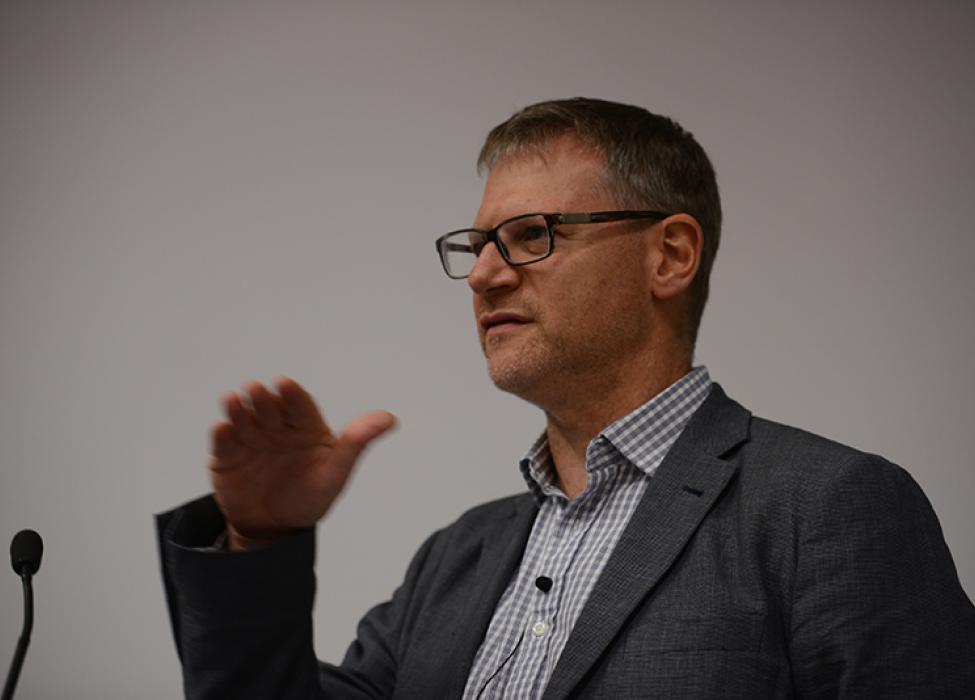 From drug regulation to disability, Professor Jonathan Wolff has already covered a huge range of policy areas in his career. He has worked as both a political philosopher and a policy adviser, with a particular interest for questions of equality, disadvantage and social justice. At the Blavatnik School, he is the Blavatnik Chair in Public Policy.

For the first half of his career, Jonathan was a traditional political philosopher, looking at distributive justice, the obligation to obey the law and exploitation, among other things. This changed around 15 years ago, when he was invited to join a government committee reviewing gambling law in the UK. It was not a case of simply applying philosophical principles to politics – this would lead to implausible policy recommendations – but of adapting his approach to thinking about policy. While writing the report, Jonathan immersed himself in the field of gambling regulation to gain a thorough technical understanding of the area.

Since then, Jonathan’s career has been divided between his role as a traditional political philosopher, focusing on disadvantage and inequality, and his work on public policy issues. He has been approached by organisations to advise on a vast array of policy areas, including railway safety, the regulation of recreational drugs, experiments on animals and criminal law to name but a few. His 2011 publication, Ethics and Public Policy, summarises the wealth of policy areas he has tackled.

Jonathan encountered certain constraints during his policy work, with those who had commissioned the report sometimes unreceptive to recommendations. This was an issue when he was a member of a committee looking at drug regulations in the UK. The committee suggested simplifying the classification for drugs, distinguishing between ‘hard’ and ‘soft’ drugs with regards to sentencing, rather than the current ABC system, but the proposal was considered too radical. Nonetheless, Jonathan believes that collaboration between policymakers and academics from all fields is essential. Many academics are used to working individually, so the transition to working in a collaborative, policy-focused way can cause a culture shock. “It is a different discipline, you have to make compromises,” Jonathan says.

Currently, he is writing a series of papers on anti-poverty policy, and has started a new project on inequality and the city, analysing what makes some cities feel more equal than others.

Jonathan is particularly interested in how poverty is defined and experienced. As he explains, it is common to envisage a poverty line of basic needs: two meals a day; having a warm bed and so on. However, the public often identifies surprising other “basic needs”, such as being able to visit friends and family in hospital. Jonathan argues that such things are essential for a “human” existence.

We’ve tended to think of basic needs in terms of what you could call an “animal existence” – what you need to get by from day to day without extreme discomfort. I’m much more interested in what we need to live a human life.[…] Some people will skimp on food and clothing in order to have what they regard as a more human life […] being able to present yourself in a human way is a very basic need for a lot of people.

According to Jonathan, a challenge facing poverty researchers is to make the media and public more receptive to the idea of an ‘expanded’ poverty line, rather than defining poverty in terms of the most basic requirements. This includes thinking about people’s need to lead an ordinary social life, and the idea that the occasional luxury can be a necessity for any type of human life.

Equally, Jonathan is interested in poverty alleviation. Sometimes collective goods, for example a better transport network, are required to lift people out of poverty, rather than a simple transfer of funds to individuals. Jonathan’s current project, ‘Poverty and Social Inequality’, asks what it would take to give everyone a decent life, and how much redistribution, investment in public goods and structural and cultural change is required. This is something he intends to pursue for the foreseeable future.