A reporter who aims to demystify EU policy in Brussels 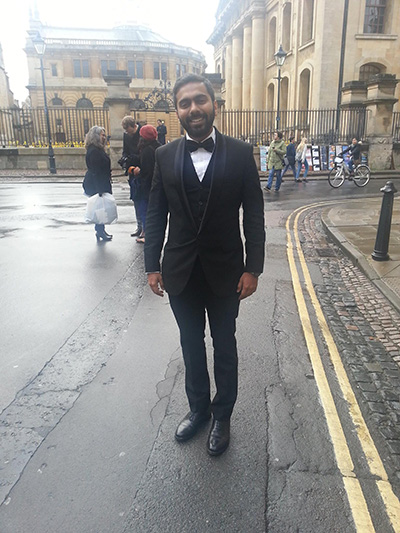 Saim Saeed, MPP Class of 2015, is a Transport Reporter at POLITICO Europe, a European affairs online newspaper based in Brussels. POLITICO was founded in Washington D.C. over ten years ago, filling the need for a newspaper with a focus on specific policy areas and the people who make policy. The European branch opened in 2015 and concentrates on issues relating to the European Union.

In his first year in the role, Saim has covered the full spectrum of policy issues, from trade, transport and tax policy, to elections in different EU countries. After this breadth of experience, he was keen to gain a deeper understanding of a particular policy area, and currently works on shipping and aviation.

POLITICO’s reportage elucidates the whole process of policymaking and is therefore a vital tool for anyone involved – not just the policymakers themselves, but also anyone working for the EU, as well as diplomats, lobbyists, lawyers and NGOs. Saim’s reporting helps these diverse stakeholder groups understand the different stages of a policy’s development.

“We provide a microscopic lens on policy. One of the key aims is to create transparency about how decisions are made and implemented. The European Union is perceived as a dense institution so we are trying to highlight that real people with personalities are involved in the policymaking process. It’s an opportunity to deconstruct policy decisions and remove some of the mythical opacity surrounding the EU.”

The understanding of the policymaking process gained on the MPP has been particularly relevant to Saim’s work at POLITICO, and he has built on the knowledge acquired at the Blavatnik School. “In the Politics of Policymaking module, we looked at the various actors involved in the process. Now, I analyse EU legislation and the different stages it goes through, and try to understand what it means for people, policies and industries.”

Another aspect of the course that he has found useful for his current role is the focus on science.

“I was surprised by how directly relevant it has been. Here at POLITICO I have reported on transport, fuels and scientific regulations, and the theories and strategies we discussed on the course, such as the precautionary principle, have been helpful for understanding the issues. In general, I expanded my knowledge base on the course; both inside and outside the classroom. My world was a lot smaller before.”