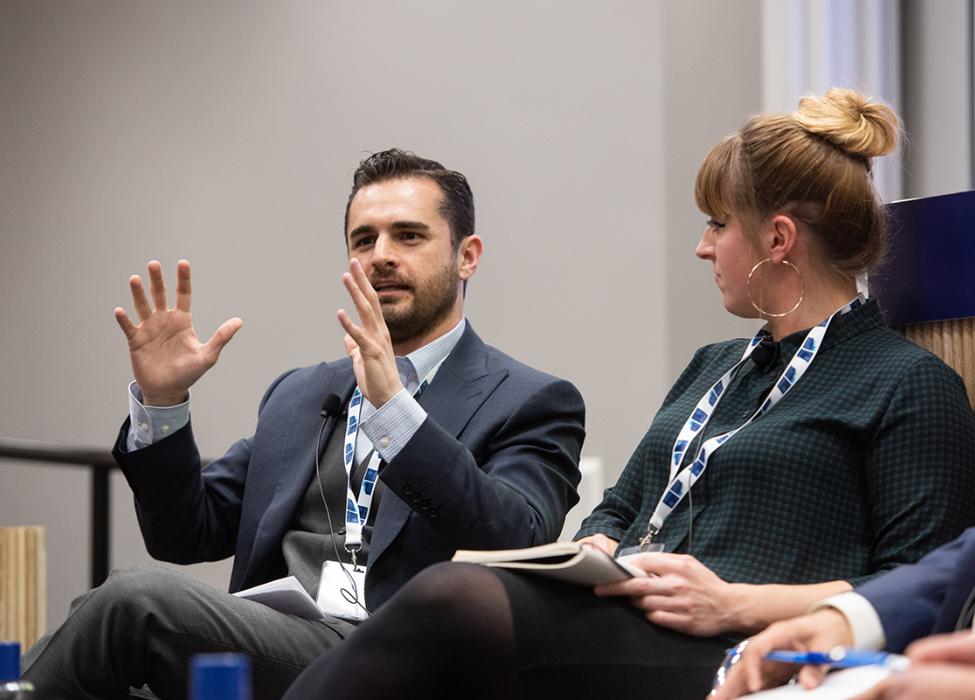 Enrique at our 2019 Challenges of Government Conference. Photo by John Cairns

Enrique Zapata, MPP Class of 2012, is General Director of Open Data at the Office of the President of Mexico. His decision to apply for the MPP course came five years doing trade negotiations with North America in the Ministry of Economy.

“Studying was a way to take a step forward in my career. The course gave me mental frameworks to build on, and I’ve been applying them since then; not just in my professional life, but more generally in how I approach problems and address them.’

Although he had intended to continue his work in the Ministry of Economy after the MPP, an unmissable opportunity arose with the change of government in Mexico. “When I was finishing the course in the summer of 2013, I met people in the government transition team, and we discussed the creation of a digital innovation/delivery unit within the President’s Office. This was unprecedented in the country. I was asked to join the team immediately following the course.” The new institution took on responsibility for the coordination of a national digital strategy.

As General Director of Open Data, Enrique is directly involved in the whole policymaking process, from policy development to implementation and evaluation. He leads the team working on innovative technologies, data driven government and artificial intelligence, creating digital initiatives which can be applied to all policy areas, ensuring more effective public services and better responses to challenges such as corruption. The use of open data and artificial intelligence to improve government was a revolutionary idea in his country and the successful implementation of the policy has been a highlight of his role so far.

“This was something very new in Mexico. At first, people didn’t see how data was relevant to government. We came up against opposition, but we proved that digital is part of the solution to many policymaking issues. This ground-breaking approach to innovation in governance paved the way for a new way of thinking and delivering better serve citizens. Today, we are global leaders in all data rankings.”

Other successes have included reforms in telecommunications infrastructure, implementing open contracting, the creation of policy and regulations to digitalise government services and save resources, and putting Mexico as one of only ten countries in the world to have an artificial intelligence strategy.

Looking ahead, in a transition year, Enrique is keen to continue his work on digital reform in government, while exploring other international initiatives to further promote digital innovation as the new normal in government.

“My main goal is to continue promoting delivery through digital innovation in government. We’re pushing for a new way of governing. It won’t happen overnight, but new generations coming into government see that it’s something worth pursuing.”