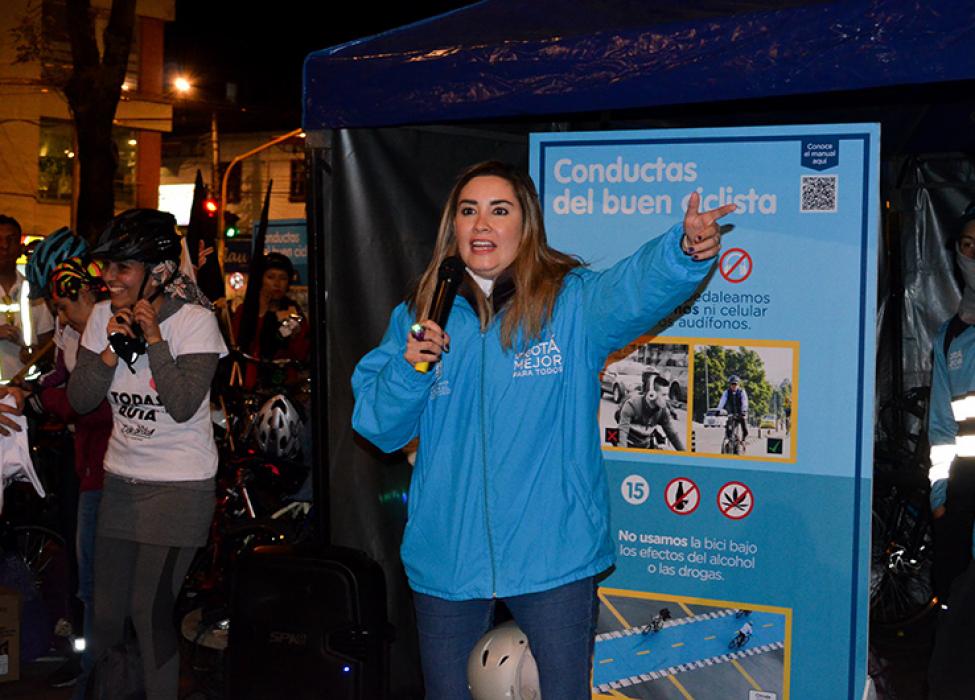 Image: Angela with groups of women who promote bicycle use as a sustainable form of transport

Both before and after the MPP, Angela Anzola, MPP Class of 2014, has shaped policy to create a fairer society for disadvantaged groups in Colombia. “When I started working in the Colombian government I was an advisor to the Vice-Minister of Education. I subsequently worked on peace negotiations, worked to promote the rights of the victims of the armed conflict, and I now focus on women’s rights. My career has spread across many areas, but I really believe that inequality is one of the biggest issues in Colombia. This has been the constant focus of my work – finding different ways to achieve equality across a variety of fields.”

From 2016 to early 2018, Angela held the position of High Counsellor for Victims Rights, Peace and Reconciliation for the Mayor of Bogotá, working on policies to aid those affected by armed conflict. A particular highlight for her during that time was the establishment of a public fund to give access to higher education to victims of armed conflict. In a decentralised country like Colombia, it was a great achievement to foster collaboration between the national government and city authorities. The fund goes beyond simply financing further study by offering both psychological help, and support with the transition to urban life.

“Not only have the victims suffered as a result of the conflict, having to relocate to a city can also be a massive upheaval for rural inhabitants. Often, they need to acquire basic skills for city living, like using public transport, and can also feel overwhelmed by the opportunity to study. At the High Counsellorship we help them to overcome setbacks and encourage them to keep going.”

Angela is now the head of the District Secretariat for Women’s Affairs, which was created in 2012. Her team works with women’s groups from across the 20 boroughs of Bogotá to help them translate their ideas and intentions into workable public policy.

Other responsibilities of the Secretariat include creating safe houses for women, where they and their children can escape threats to their lives, while gaining an education and benefiting from psychological counselling and legal advice. The people protected within these safe houses so far include survivors of gender-based violence, their children and other family members who depend on them.

Besides providing shelter in extreme cases, the Secretariat also offers free legal counselling for women who are experiencing any type of gender-based violence. Through Local Centres for Equal Opportunities for Women the Secretariat provides its services to women at a local level, along with a safe space for them to gather. Among the various activities that take place at the Centres, there are free courses, and workshops about sexual and reproductive rights. The Secretariat also provides a hotline, which has highly-trained staff available 24/7 for women seeking information, resources and a safe space to talk about gender-based violence. 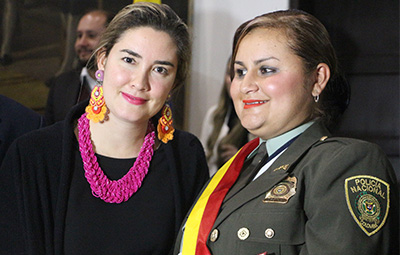 Angela works with a team of over 70 lawyers, all specialised in gender cases, who endeavour to get justice for women who have been victims of violence and abuse but can’t afford to pay for a lawyer. “The initiative has had an exceptional success rate. It represents a culture change in favour of women in our society.”

Throughout her policy work, Angela has drawn on her experiences at the Blavatnik School. “The MPP allows you to focus on areas of interest. I used the option modules to develop my knowledge of security issues. Sessions with expert practitioners brought the concepts we studied to life – we met people in office who explained how theory translated into reality.”

An understanding of the importance of science in all areas of policy is another way in which she benefited from the course. “Many public servants don’t have detailed knowledge of global issues such as climate change, which should be at the top of everyone’s agenda. In my work with women’s groups, I aim to keep environmental issues in mind whenever possible. We are helping women have an impact on how their city is defined, while remaining sensitive to the impact on the environment.”