Harnessing the power of local government to improve education policy 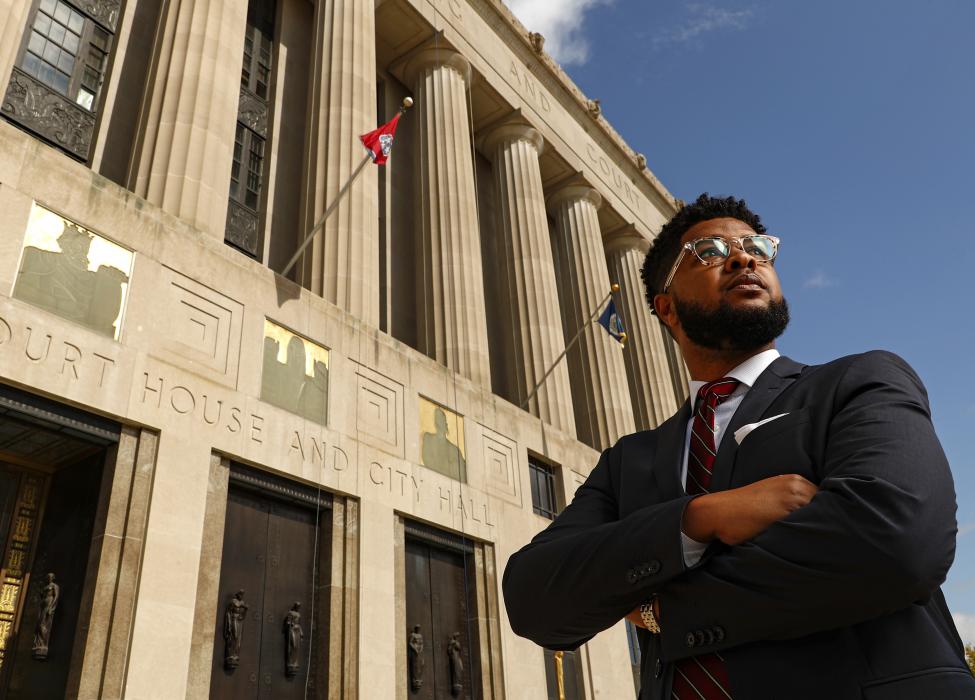 For many school children, the relationships they build with their teachers can make or break their interest in school and learning. Robert Fisher (MPP 2016) was not always lucky enough to get on with all of his teachers. In fact, it was an encounter with an unsupportive maths teacher in elementary school that began to shape his long-term interest in education. The teacher in question’s dislike of Robert was founded in prejudiced assumptions about what a Black student could achieve. Thankfully, his mother refused to accept this teacher’s baseless analysis of Robert’s future potential.

"Had I not had a mom who had the type of job that enabled her to go to the parent-teacher conferences in the first place, had she not had the wherewithal and the confidence to negate this ridiculous argument about the future likelihood of me not being a good student, despite being a good student at that time, who knows what would have happened."

Spending all of his education from kindergarten to college in the public school system in the US made Robert all too aware of how public institutions have the power to either provide or limit the opportunities of their students. Prior to beginning the MPP, Robert undertook an MSc in Education, also at Oxford. His research focused on the experiences of Black women on US university campuses, which cemented his belief that public institutions should be responsive to the people they serve, taking into account each person’s different lived experiences. The MPP, therefore, was the logical next step for him to learn how to build sustainable policies that improve opportunities for students in public education systems.

During his time as an MPP student, in addition to delving deeper into the policy questions his first master’s degree had raised, Robert got involved with many activities that aligned with his desire to promote equality of opportunity for everyone. As a Rhodes Scholar, he was co-convenor of the Black Association of Rhodes Scholars, which provides a space for recipients of the Rhodes Scholarship who identify as Black to discuss issues important to them, and to reflect upon the diversity of their experiences in their respective home countries and at Oxford.

When Robert’s time on the MPP came to an end, his desire to build his career in service of the public had only grown. Upon returning to the US, a course mate from the MPP sent Robert a fellowship opportunity on an education project in Memphis, Tennessee with the Government Performance Lab at the Harvard Kennedy School. With much of his family based in or close to Tennessee, the opportunity was too good to ignore.

Robert spent the next three years working with Shelby County Schools in Memphis on a project that connected schools and community-based organisations to provide support to students in areas of need. Among the priority areas of support were improving the students’ access to preventative healthcare and addressing chronic absenteeism – when a student is absent from more than 10% of their schooling. Robert’s interest and expertise in the intersections of education and local government caught the attention of the Mayor of Nashville, who approached him to offer him a role as senior advisor on education.

After nine months working in this role providing specialist advice to the Mayor on education policy matters, Robert was once again approached by the Mayor and his Chief of Staff with a new offer. In January 2021, Robert began working as the Mayor’s Deputy Chief of Staff, with responsibility for improving organisational culture, ensuring that policy priorities are clearly defined and that the right team structures are in place to achieve these priorities.

In each of these positions, Robert’s learning experiences at the Blavatnik School of Government prepared him to use data to inform the recommendations he makes to the Mayor and other senior stakeholders. The diversity of the MPP at the School also left Robert well-placed to work effectively with people whose values, viewpoints and lived experiences differ from his own, with the ultimate goal of achieving the best possible policy outcomes.

As Deputy Chief of Staff, Robert highlights the fact that he continues to learn every day as a highlight.

"Being comfortable saying I don't really know or I don't fully understand or that's not my area of expertise and being open to being coached on things and not feeling like I have to have an answer is something I really enjoy."

Being at the service of his immediate team as he supports their professional development and pushes them to achieve their full potential, whilst simultaneously working for the residents of Nashville to improve their public services are other areas that Robert signals as high points of his job.

So, what is next for Robert? "I'm still thinking most of my interests are pretty much state and local’ he commented, ‘but I've also thought about whether or not there's some federal-level experience it'd be worth exploring; maybe it's in government, maybe that's on the non-profit or think tank side." Whichever level of government Robert decides to pursue next, it is clear that his commitment to a career in service of the public continues to flourish.

Robert was a Rhodes Scholar.

Soon after this interview, Robert was appointed Senior Advisor at Results for America, an organisation which aims to help decision-makers at all levels of government harness the power of evidence and data to solve our world's greatest challenges.