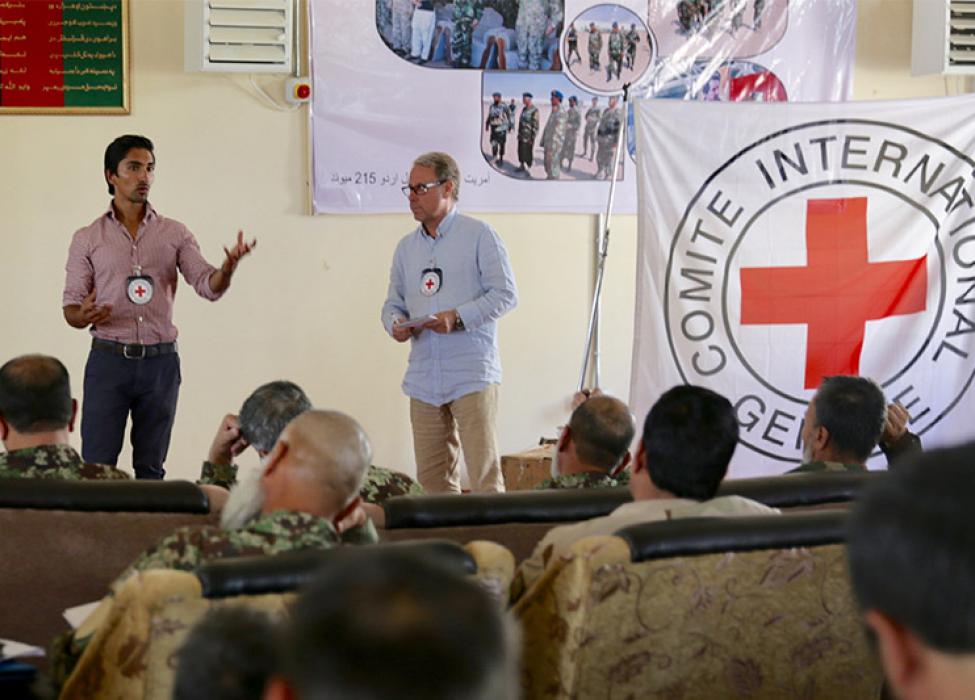 A corporate lawyer desiring a change of direction, Charles Deutscher joined the very first class of MPP students in 2012. “I wanted to re-engage with people and academic literature, but it was also a year with a vocational purpose.” Humanitarian work became Charles’ new focus, and since the MPP he has worked primarily for the International Committee of the Red Cross (ICRC) in crisis areas in Uganda, South Sudan, and Afghanistan. He is now Head of Office for the ICRC’s operations Eastern and Southern Shan State in Myanmar.

The ICRC supports people affected by conflict, and saw a huge surge in demand during the violence in Rakhine State, where Charles was asked to help coordinate the operation in the summer of 2017. “The ICRC’s presence had rapidly quadrupled in size. People were fleeing in their thousands every day and we had to act quickly to respond. In retrospect, it was a critical period in one of the biggest humanitarian emergencies in Asia at the time.”

Day-to-day, Charles manages the activities of the ICRC in Eastern and Southern Shan State, which involves overseeing the security of teams and the Office’s overall strategic direction to ensure that help reaches those who need it most. This includes access to healthcare and emergency assistance for people displaced by conflict or the presence of weapons bearers. Neutrality is crucial to the success of the ICRC, and so Charles makes this a priority when developing the organisation’s strategic policy in Shan State.

“It’s essential to build relationships on both sides of the conflict. To gain and maintain trust, we need to have confidential bilateral dialogue with people affected and with the authorities. When I was working in Helmand Province, Afghanistan, being recognised as neutral allowed us to provide safe passage for hundreds of people wounded and killed away from the frontline. The confidential approach may have its limits, but that’s how trust is built.”

The broad nature of the MPP gave him the foundations which he has since built upon in his career, preparing him to deal with the inherent moral and ethical trade-offs of the humanitarian sector, and understand the economic incentives which can arise in a conflict environment. The strong negotiation and communication skills developed on the course have helped Charles with prioritising in the face of conflicting demands; the use of evidence and evaluation in the policymaking component taught him to focus on methodological rigor and results when shaping the ICRC’s strategy.

With his involvement in creating policy to ensure the organisation identifies and meets humanitarian needs in Myanmar while minimising risk to those working in dangerous conditions, Charles often revisits the academic and professional aspects of the MPP in his work. However, it is not merely the course content that he considers to have been beneficial.

“Equally important is the personal level outside the classroom, where learning continued and friendships were made. At the School there is a genuine commitment to serving others and trying to make the world a better place. It was a privilege to learn from the best.”

In the future, Charles hopes to continue his field experience and use it in a more explicitly policymaking setting.