Will moderate Muslims please stand up? 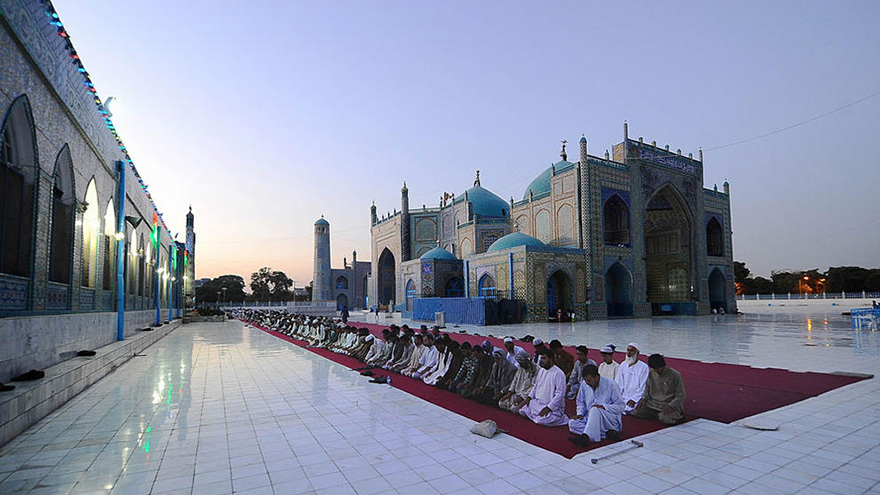 Each time a terror attack carried out by Muslim militants wrecks a Western country, Muslims from across the world take to electronic and social media to condemn the horrific act, dissociate themselves from the perpetrators and defend Islam as a religion of peace.

Despite these condemnations, moderate Muslims have neither been able to undermine the militants’ resolve to continue their ‘holy’ war against the ‘infidel’ West nor have they been effective in dissuading Islamophobes in the West from demonising Islam and painting moderate and extremist Muslims with the same brush. Consequently, it is no surprise that while both Muslim extremists and Islamophobes are increasingly dictating terms of debate on extremism, the so-called moderate Muslims are not only bearing the brunt of this aggravating polarisation, they are also losing influence and yielding the debate to extremists. Who is to blame for this?

Although moderate Muslims would like to apportion blame solely to the interventionist and imperialistic foreign policies of the West, they cannot completely exonerate themselves from responsibility for the current mess. The standard Muslim line that militant groups like the Islamic State (IS), the Taliban, Boko Haram and so on, are not ‘true’ representatives of Islam and that their brutal acts have nothing to do with religion is actually part of the problem. This approach indicates the denial on the part of Muslims to acknowledge that one of the root causes of terrorism is radicalisation through a very literalistic and distorted interpretation of Islamic scripture.

Before I elucidate my argument, it is worth emphasising that a radical interpretation of religion does not necessarily have to translate into violence. Instead, it is often a combination of politics and conservative religion that produces the vitriolic narrative and rampage that most Muslim countries are grappling with today. There might have been no IS had the US and the UK not invaded Iraq. Similarly, the rise of extremism in South Asia and the Middle East cannot be explained without mentioning the role of some key regional and extra-regional countries that used religion as a tool to further their strategic interests. Additionally, there is also no denying that colonialism, endless Western military interventions and decades of secular authoritarian rule, often backed by Western powers, have helped push the Middle East into violence.

While Muslims almost always talk about the politics that creates terrorism and rightly so, they rarely discuss its other important source, namely a radicalised interpretation of religion. This piece contends that politics alone does not explain the origin and sustenance of the likes of the Taliban, al Qaeda and the IS. Regardless of the conditions in which they originated, these groups derive their sustenance mainly from the obscurantist and retrogressive ideology that views the modern nation-state as a system of kufr and affirms the inherent, and perhaps exclusive, right of Muslims to rule.

Followers of militant groups such as the IS and al Qaeda are often devout Muslims with a reactionary and warped worldview. These groups come closest to what would be dubbed the religious equivalent of fascism in modern times. Be it stoning women to death or beheading and killing innocent people, they invoke scripture to justify these acts, which is clearly wrong.

Being a moderate Muslim, I know that the majority of Muslims do not share the ideology espoused by these radical elements. Nevertheless, the problem is that most Muslims do not even acknowledge that radicalisation is a problem and that something needs to be done about it. By asserting that the likes of the IS, al Qaeda and the Taliban have nothing to do with religion, the moderate Muslims let these radicals get away with their virulent perversion of religion and thus squander a potential opportunity for discrediting them publicly.

A segment of moderate Muslims does recognise the challenge posed by radical interpretations of religion and dispute the conservative and literalist reading of scriptures advocated by religious fundamentalists. Quranic verses, the moderate Muslims argue, are often misinterpreted and quoted out of context, including some verses pertaining to non-Muslims, jihad and various forms of punishments. The problem with this debate is that it only happens in drawing rooms and private gatherings of a tiny liberal, secular and left-leaning class. Publicly, most Muslims are reluctant to openly engage in critical debate regarding religion. Those who do so often pay a huge price for it. Indeed, most Muslim countries lack the conducive environment required for fostering such debates. The places where there is space for critical debates are the relatively advanced democracies of the developed world. However, in almost all such countries, Muslims are in a minority and often the victims of hatred and prejudice inspired by Islamophobia. Consequently, conscious of their minority status, moderate Muslims in these countries hold back their views on religion for fear of being seen as abettors of Islamophobia.

Defeating extremism requires a holistic and all-encompassing strategy that simultaneously addresses its social, economic and political causes. Reclaiming control of theological interpretation is just one part of the wider strategy.

Moderate Muslims need to come out of their comfort zones and actively contest and challenge the radical interpretations of scriptures advanced by extremists. In order to establish their position as the true representatives of Islam, the moderates need to provide a strong counter-narrative and win the war of ideas within the Islamic world. In pursuit of this goal, they should initiate an informed and open public dialogue about religion and rescue it from the grip of radicals. This may sound like a daunting task, but it is the only way moderate Muslims can ensure that their vision of a more tolerant and inclusive Islam prevails.

This piece was first published in The Express Tribune on 22 November 2015.

Rafiullah Kakar is a Blavatnik School of Government alumnus (MPP Class of 2013). Read more about him here and find him on Twitter @rafiullahkakar.