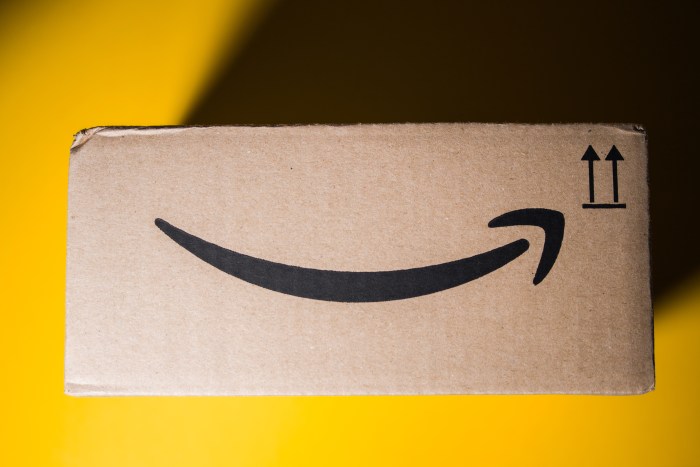 Any item you can think of delivered to your home in a matter of hours and at a low price; rides taking you from one side of the city to the other quickly and conveniently; staying connected to your friends and family, seeing their every update with the swipe of a finger.

These are among the most obvious examples of the convenience
offered by Amazon, Uber, Facebook and other ‘big tech’ platform companies. For
older generations, these firms have revolutionised the market, offering wider choice,
more convenience and better prices. Younger generations rely on them even more,
integrating them into the fabric of their lives from an early age – 50%
of US teens say Amazon is their favourite website, and in the UK Uber is more
popular among millennials than any other age group.


This extreme convenience has political consequences. People have
become dependent on the innovations delivered by the platforms. Regulation that
could limit the ability of platforms to deliver this convenience will not just
be opposed by platform companies. It will be opposed by many consumers too.


This power that tech companies hold – which Kathy Thelen and I call
‘platform power’ – presents governments with a novel regulatory challenge. In
the past, business was regulated by government to protect the interests of
consumers. In the case of tech companies that reach a certain scale, the
consumer interest argument is hard to sustain – Amazon delivers outstanding
value, even if it operates as a dominant player in online retail. The challenge
for government lies in the fact that consumers appreciate this convenience. As
a result, they can often be mobilised on behalf of those companies, implicitly (and
sometime explicitly) forming part of the bloc that supports such companies.


This power poses risks in terms of regulation and challenges for
governments and politicians. Who wants to be the politician who denies
customers the wonders of Amazon Prime? And yet, in the current moment there is
much talk of regulating big tech firms. If platform power is so important, how
can this be? We argue that the vogue for regulating big tech results from
fissures in the consumer-platform alliance, which can come about in two ways.


The first is when an event underscores that the platform firm’s
interests diverge from those of consumers. This is what happened with the Facebook
and Cambridge Analytica data scandal in 2018, when it was revealed that
personal data of millions of Facebook users were used for targeted political
advertising without their consent. This revelation generated a backlash against
the social networking site, with Facebook facing calls for tighter regulation
and its CEO Mark Zuckerberg called to testify before the US Congress. Perhaps
even more importantly, the public understanding of personal data and its power
changed, highlighting that the interests of tech giants were not as aligned to
the consumer as they might have thought.


Much the same dynamic lies at the root of the recent European
General Data Protection Regulation (GDPR). Just at the moment the GDPR
legislation was being considered by the European Parliament, Edward Snowden’s leak
of intelligence agency documents revealed that tech companies such as Google,
Microsoft, Yahoo and Facebook gave the US government access to their servers to
track online communications. The companies once seen as liberators were
revealed as government spooks.


The second way in which the consumer-platform alliance is broken
is priming people to think as citizens first, rather than as consumers. In
Denmark, a campaign against Uber pivoted around the risks posed to the welfare
state by a company whose model seemed to skirt the tax collection and social
rights of workers that prevail in the rest of the Danish economy. The Danish
public strongly values the welfare state – which is funded by taxpayers – and the
risk posed by a company like Uber, which was seen as not paying its fair share,
was enough to swing people in favour of regulation.


One of the interesting features of platform technology companies,
as compared with traditional firms, is that the
existence of platform power means that they are often in favour of having a
public political battle, as they think the public will be on their side.


In 2015 in India, for example, Facebook undertook a highly public
campaign to introduce ‘Free Basics.’ This mobile app gives free access to a
selection of data-light websites and services. Zuckerberg called it a way to
allow everyone with a phone to “join the knowledge economy while also enabling
the industry to continue growing profits and building out this infrastructure.”
And it could also could have created the possibility of a huge, captive market
for Facebook. A group led by Nikhil Pahwa campaigned against Free Basics,
highlighting that Facebook would dominate the internet and violate the
principle of ‘net neutrality’ (the concept that internet service providers should
treat all traffic equally). The case was decided in front of a regulator,
rather than the parliament. In the clash of citizen values – greater internet
access versus net neutrality – the regulator sided with the net neutrality
argument.


Independent regulators, which do not have to worry directly about
approval ratings and popularity, can maintain a level of independence from tech
companies that governments and legislatures may find harder to achieve.


Regulating platform companies is a complicated task because of
their close ties to consumers. Younger generations are often more trusting of big companies than they
are of governments, and yet they are the ones who will need to tackle
this challenge head on. Will the increasing number of privacy and data-related
scandals around the world politicise younger consumers – who are also citizens
– in favour of more stringent regulation? Or will they instead trust the large
companies who have brought them such incredible convenience and a seamless user
experience? The answer to this question will help determine the future course
of platform politics and technology regulation.


Pepper D Culpepper is Blavatnik Chair in Government and Public Policy at the Blavatnik School of Government.