Why are financial systems prone to crisis? 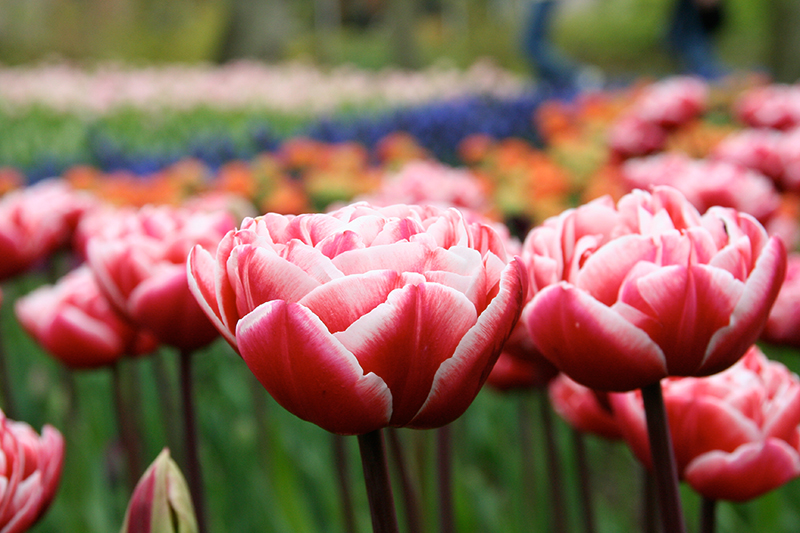 At the peak of the Netherlands’ “tulip mania” in 1637, one tulip bulb sold for 5,500 guilders per bulb—roughly the cost of luxurious house in Amsterdam, or $25,000 today. More than three and a half centuries later, economists continue to debate why tulip prices skyrocketed to stratospheric levels in the 1630s, much in the same way that the 2008 Global Financial Crisis remains a source of contention. Why have financial systems been so vulnerable to crises, and what role has regulation played?

In a chapter of the forthcoming Oxford Handbook of Financial Regulation, Frank Partnoy of the University of San Diego School of Law examines financial crises through an historical lens, arguing that scholars of crisis economics should move away from a heavily financial focus and place a heavier emphasis on the role of regulation in contributing to and preventing crises.

Partnoy considers the key theories of the roots and causes of crises, and subsequently reviews the potential of policy and governance mechanisms to mitigate crises. Acknowledging that regulation plays a critical role in alleviating and exacerbating crises, Partnoy suggests that research could improve financial policy by focusing not only on what elements of the regulatory toolkit work but also on the risk that certain kinds of regulation can pose.

Why do financial market crises arise? Partnoy argues that a combination of multiple causes likely explains the vulnerability of the financial system to crises. He points to the work of economists Charles Kindleberger, Hyman Minsky, Irving Fisher, and Charles Mackay, whose cognitive error theory proposes that panics proliferate in the financial system due to bounded rationality and investor psychology. According to the cognitive error theory, several stages characterize markets during the onset of a financial crisis: (1) a “displacement,” such as technological innovation, creating new opportunities for profit; (2) “credit expansion,” during which capital is heavily allocated to new profitable ventures; (3) “euphoria” as investors seize upon new opportunities to reallocate capital, entering a condition of speculative excess; (4) a “panic” whereby some signal such as a bank failure causes a few investors to sell, leading prices to plummet as more speculators exit the market; and (5) a “crash” whereby debts exceed what borrowers can pay off, causing the economy to contract.

Alternatively to the cognitive error theory, Robert Shiller, Zvi Bodie and Robert Merton propose that moral hazard in the form of government guarantees distorts investor behavior, leading to excessive risk-taking. In other words, the blame for financial crises rests squarely on regulatory instruments such as insurance protections, not on behavior by private actors. Yet, Partnoy points out that moral hazard cannot completely account for crises, as financial crashes were much more common before the existence of deposit insurance and lender-of-last-resort regulation, occurring almost every decade before the 1930s and becoming virtually nonexistent from the 1940s until 2008.

Partnoy next presents information asymmetry, agency costs, and the Efficient Market Hypothesis (EMH) as three additional market failures that potentially explain why the financial system remains crisis-prone. The information asymmetry argument proposes that the knowledge gap between investors and issuers—with the latter always possessing better information about asset prices and fundamentals than the former—primarily explains crises. Information gaps thus eventually lead to investor euphoria, ending in panic and crisis. However, Partnoy says that the theory does not take note of the fact that bank managers—much like investors—were also uninformed about mortgage and correlation risks prior to the 2008 crash.

In addition to the agency costs problem—which posits that managers and investors have misaligned incentives, leading to excessive risk-taking at shareholders’ expense—the EMH argument posits that in an ideal world, share prices will incorporate all relevant information; however, in practice, factors such as poor government and macroeconomic policies may lead to a misallocation of credit, triggering a crash.

Partnoy then asks how regulatory policy can help prevent and mitigate financial crises. First, he considers governance regulation in the form of imposition of monitoring and disclosure duties on boards of directors. While in theory these duties would help correct the incentive misalignment problem between managers and investors, Partnoy argues that such solutions are shortsighted in practice. In a large, publicly held company, he says, boards of directors are highly unlikely to have the capability to play an effective monitoring role. He highlights the Delaware Chancery Court’s decision in the Citigroup derivative case—which held the company’s board to a relaxed liability standard for monitoring and risk-related decisions—as an example of the reality that many risks simply cannot be identified or understood ex ante.

Partnoy says that bank capital requirements and capital controls also have serious drawbacks as regulatory instruments. Although the voluntary set of bank capital standards suggested by the Basel Committee on Banking Supervision (BCBS) is more appealing in its flexibility than a heavy-handed approach, Partnoy argues that bank capital requirements’ overreliance on privately provided credit ratings creates distorted decision-making, and banks’ ability to use derivatives to circumvent those requirements means that risk nonetheless remains high. Likewise, capital controls such as restrictions on capital inflows and outflows simply create incentives for financial institutions to engage in regulatory arbitrage. Yet another regulatory technique—the creation of currency boards—is unappealing in its rigidity because it limits a country’s central bank from setting monetary policy according to domestic considerations.

Partnoy concludes that financial stability is a “public good” that is non-rival in that one user’s consumption does not diminish another’s, and non-excludable in that it is difficult to exclude consumers from partaking in its benefits. Accordingly, financial stability—like other public goods—needs to be provided by regulation. Emphasizing the reality that financial crises are rooted in several types of market failures, Partnoy recommends that policymakers and academics carefully re-examine specific regulatory tools to see what works, while not forgetting about the potential risks of regulation.

Natalie Punchak is an MPP alumna from the inaugural class of 2012, now at the University of Pennsylvania Law School.

This post originally appeared on RegBlog, the online source of regulatory news, analysis, and opinion housed at the University of Pennsylvania Law School and affiliated with the Penn Program on Regulation.