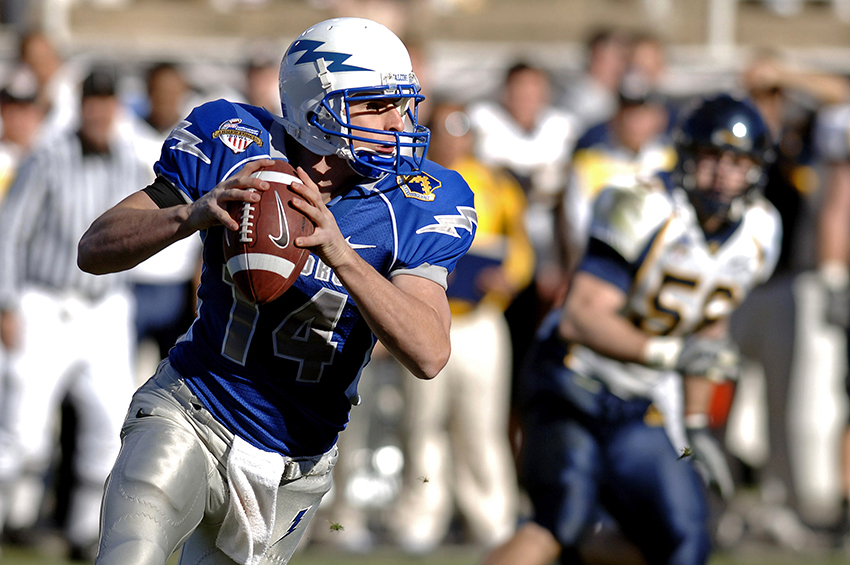 The ‘National Football League’ (NFL) – the premier body of American Football – is a behemoth organisation with its own constitution, by-laws and processes for governing the sport. But recent events have cast shadows over the integrity of the organisation. In this blog post, I argue that two recent player controversies highlight separate aspects of institutional integrity. An institution’s own rules can frustrate its ability to adhere to its overall purpose; and, an ambiguity of institutional purpose itself can itself undermine an institution’s integrity.

“The integrity of the game is the most important thing… something we will always protect. The rules apply to everybody. That is my job in particular, to make sure everyone from our players to our coach, to our fans and our partners, that they all recognise we’re going to play by these sets of rules, and that’s part of our values and standards.”

So said Roger Goodell, Commissioner of the NFL, after suspending star-quarterback Tom Brady for his alleged role in illegally deflating footballs (in order to give his team an unfair advantage). Two years after “deflategate”, the League suspended another star player, running back Ezekiel Elliott, on charges of engaging in “conduct detrimental to the integrity of, or public confidence in, the game of professional football.” In both instances, the players were deemed to have threatened the institutional integrity of the NFL.

But in an ironic twist, the institution charged with upholding the integrity of the sport has itself come under scrutiny for failures of integrity in the way it has dealt with these two cases. The NFL’s handling of Brady’s appeal has widely been seen as procedurally unfair; Elliott has been reprimanded by the League for alleged domestic violence allegations despite facing no criminal charges. As Sally Jenkins notes, writing for the Washington Post, Commissioner Goodell’s actions “make audiences question the integrity of the game on the field.”

Three questions deserve our attention. In the context of these controversial cases, what do we mean by ‘the integrity of the game’? Does the NFL lack institutional integrity with respect to these cases? And if so, why?

The Building Integrity Programme defines integrity as the extent to which the formal rules of an institution and the substantive practices of its members pursue its legitimate purpose, robustly across time and circumstance. Hence, any assessment of the integrity of the NFL must include some understanding of the NFL’s purpose. Usefully, Article II Section 2.1 of the NFL constitution explicitly lists these:

“To promote and foster the primary business of League members, each member being an owner of a professional football club located in the United States.”
“To do and perform such other functions as may be necessary to carry out the purpose and objects of the League.”

In the case of Brady, objections of procedural unfairness stem from the fact that the organisation’s rules grant the power to sanction individuals and to arbitrate disputes over sanctions to the same official, the League Commissioner.

This rule, on its own, however, is not a prima facie case of poor institutional integrity. Just because a procedure is unfair does not necessarily entail the institution lacks integrity so long as it continues to promote the purpose of the institution.

An institution lacks integrity when the League’s formal rules and substantive practices frustrate the institution’s ability to pursue its stated purpose. In the Brady case, while sanctioning foul-play is one crucial aspect of protecting teams’ interests, the sanctioned player’s team’s interest is separately harmed if the player is not provided with an effective arbitration process. The NFL has integrity only if it can effectively pursue both those functions.

It is not, therefore, the unfairness of the procedure that points to a failure of institutional integrity in the Brady case. Rather, it is the fact that the institutional design of the NFL fails to separate these two functions which undermines the League’s ability to pursue its overall purpose vis-à-vis all its constituent members. The NFL would plausibly not have received as much criticism were Brady’s appeal to be heard by a separate tribunal. This option would have protected his team’s interest of ensuring a fair outcome even if resulted in an upholding of Brady’s ban.

In the case of Ezekiel Elliott, on the other hand, the charges against him are not tied directly to League activity. Commissioner Goodell’s actions stem from his desire to protect the League from scrutiny were Elliott to be found guilty of criminal activity. The suspension, therefore, served to mitigate the reputational damage the player could inflict on the League.

While this objective is in line with protecting the business interests of NFL members, it seems to overreach the stated purpose of the NFL. Given the police had not charged the star, signalling insufficient evidence of Elliott’s guilt, Goodell’s actions went beyond simply protecting the reputation of the league. Importantly, he did not suspend Elliott pending law enforcement review but ran a separate, parallel investigation. The failure of integrity in this instance boils down to Goodell –acting as judge, jury, and executioner – going beyond the purpose of the NFL as a sporting institution by ruling on the guilt of Elliott in a domestic violence case.

In defence of the Commissioner, the public nature of the NFL forces the organisation to become involved in such cases. To ignore allegations of domestic violence would severely damage the League’s reputation. The League, even if it is just a sporting institution, should have a purpose defined widely enough to protect itself from public scandal caused by individual players.

The issue, however, is that this broadening of purpose risks becoming heavy-handed and over-reaching, blurring the boundaries of the NFL’s institutional purpose. Given the NFL is not a law enforcement agency, and its investigatory practices have come to be seen as flawed, such actions appear to damage the reputation of the institution. It begs the question: should the Commissioner be able to take extrajudicial action where law enforcement have not?

The ambiguity of the League’s purpose(s) speaks to an important aspect of institutional integrity. Knowing what the purpose of an organisation is, and adhering to it, is a crucial component of having integrity. Our framework of public integrity forces us to internalise questions about purpose – treating it as a factor to be assessed rather than a premise that is exogenously given. Under this framework, an institution with poorly-defined or conflicting purposes is not capable of possessing, or acting with, integrity.

Officials like Goodell, at the top of complex but highly-salient organisations, must pursue incredibly complicated balancing-acts. But it is precisely in these circumstances – where the rules and practices of an institution are legal but the outcome is seemingly incoherent with institutional purpose – that questions of integrity rise to the fore.

The power of this Programme’s concept lies in its ability to analyse these complicated situations in a novel and meaningful way. Sporting organisations are fascinating to study in this regard, precisely because their size and ties to the public make the issue of institutional purpose highly salient. Given the recent protests by players during the national anthem, a concern with institutional purpose and integrity has, once again, been brought into sharp focus.

More broadly, our hope is that a rigorous understanding of institutional integrity will enhance our ability to diagnose both positive and negative aspects of governance across a wide array of public (and semi-public) organisations.

This blog was first posted on 2 October 2017. It was written as part of the Building Integrity Programme at the Blavatnik School of Government.

Tom Robinson is a Research Assistant on the Building Integrity Programme and an MPhil student in Comparative Government at the Department of Politics and International Relations.
Integrity