What should come after ISIS in Mosul? 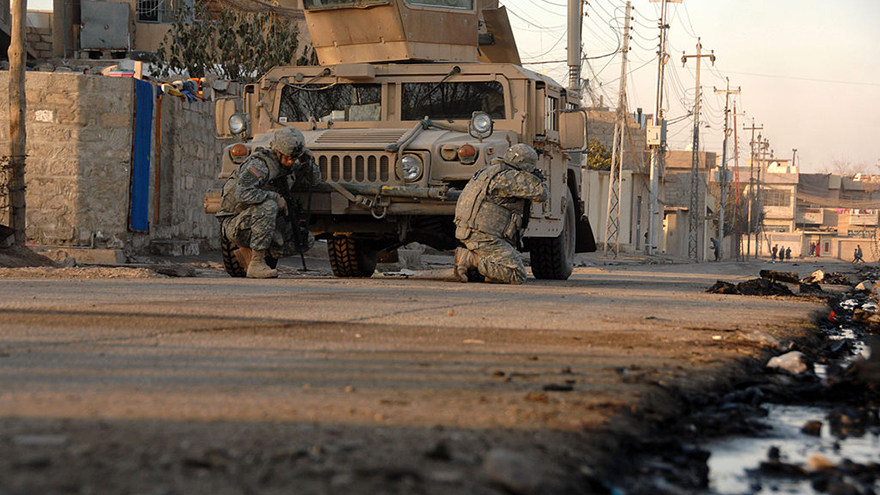 The military campaign for the liberation of the Islamic State’s stronghold city of Mosul, the capital city of Nineveh province, has begun today. After twenty-eight months of controlling the second-largest city of Iraq, ISIS’s chapter in Iraq will be brought almost to an end. Yet as the most diversified and pluralistic province of Iraq, the post-ISIS Nineveh needs to be divided according to the new realities on ground to be efficiently governed, which won’t come without challenges.

On October 17 nearly 30,000 Iraqi and Kurdish forces began the long-awaited Mosul city campaign, which sits only 51 miles from my home, Erbil. The city is now surrounded on the north, east and south. The west is left uncontrolled to allow the withdrawal of ISIS members into Syria, where they still have a strong presence.

The plan is for the Peshmerga and the Shiite-led Popular Mobilization Forces (PMF) not to enter the city itself to avoid sectarian and ethnic sensitivities, although the Peshmerga forces are now only 20 kilometers away from Mosul in some fronts. Instead, the Turkey-trained National Mobilization Forces of the Sunnis, federal and local police and the Iraqi army do this task. The US-led Coalition is striking the ISIS targets from the sky.

The US administration have pushed this operation for a while with the Iraqi government due to the November 8th presidential elections. The current Democrats administration wants to make the Mosul operation another achievement for the Democratic Party under President Obama and potentially to the next Democrats’ president.

This military campaign is divided into several long-stages and won’t be easy for two reasons:

First, although in its weakest morale, ISIS will be fighting to the end in the city they proclaimed their caliphate in June 2014. Ever since its firm control, it has strengthened its position and defense through massive landmines, networks of tunnels, and also oil-filled trenches. This fight will be particularly tough would ISIS have no escaping point into Syria and be obliged to fight only within Mosul, a plan the US officials doesn’t endorse.

Second, Mosul is larger in size than Amsterdam and there are around one million civilians still living in the city. The urban warfare for the newly trained Iraqi forces won’t be easy. There are also very large and wide desert areas to the southwest and west of Mosul which are uncontrolled and have been the hotbed of radical Islamic groups since 2003 for a long-time.

According to the military agreement between the US-led Coalition, the Iraqi government and the Kurdistan Region, no foreign force will participate in the offensive. The Turkish forces in Bashiqa, east of Mosul, were permitted to establish camps by the Iraqi government, but mounting Iranian pressure pushed the Iraqi government to call for their withdrawal. In return, the Iranians actively advocated the PMF forces to enter the city but this was objected by the Kurdish leadership, US and Turkey for fear of increasing sectarian tensions.

As a result of this operation, the UN expects - in the worst-case scenario - around one million people to seek refuge in the already-strained Kurdistan Region. Without tremendous international support, the Kurdistan Regional Government won’t be able to receive them as it is already hosting over two million refugees and internally displaced people (IDPs), which inflate the Region’s population by 32%.

Yet the main challenge for the post-ISIS Mosul and the wider Nineveh province is its nature of the most ethnically and religiously diverse province of all Iraq. The ethnic and religious groups lack the previously-weak trust to live peacefully together. In some liberated areas, the returned locals attack and confiscate the property of those they view as sympathizers or supporters of ISIS. This absence of trust is especially widespread among the religious minority groups, such as the Kurdish Yezidis, Christians and Kurdish Shabaks.

Inherited from the Mosul Villayet of the Ottomans Empire, the now-downsized Nineveh province includes many large towns which are rallying for their own provinces. Many administrative districts, sub-districts and villages have developed and swallowed others, making it the right time to change their statuses. For example, the sub-district of Sinone (al-Shamal) in north of Shingal has a population of approximately 150,000 people, and has long surpassed the conditions to become a district. In my conversations, many mayors and officials have complained how irresponsive their province’s officials are with regard to their requests.
Mosul itself is at the heart of such dispute between the Sunni and Shiite blocks. The Sunni, with the support of Turkey, Saudi Arabia and the Gulf countries, want to create a federal region for their areas in Iraq as a counterpart to the Shiite-dominated Iraqi government. In opposition, the Iranians do not want to see a homogenous Sunni-dominated region which could stand against their ambitions, particularly when it has shared borders with their Syrian Bashar al-Assad ally.

As for the Kurds, the Peshmerga forces of Kurdistan Region under the leadership of President Masoud Barzani have no plan to withdraw from any area they have liberated during the ISIS war. These includes the Yezidi-majority Shingal (Sinjar) town and much of the Nineveh plain, home to both Christians and Shabaks. President Barzani has already promised people of both these areas provinces for their own within the Kurdistan Region. Some other towns, like Makhmour and Sheikhan, have been part of the Kurdistan Region since 2003 but are administratively belonging to Nineveh province. The Kurds argue that 34.4% of Nineveh province are part of Kurdistan and form 15.3% of the Kurdistan Region. Indeed, in all the provincial elections since 2003, the Kurds have always won one-third of the votes.

Finally, and albeit most complicated, is Tala’far, to the west of Mosul. The town’s center is home to Shiite Turkmen but its rural areas are mostly Sunni Turkmen; the fate of this 300,000 populated town is also bitterly disputed by their sectarian groups. The antagonization between the local communities is very strong, particularly as a number of ISIS’s key leaders come from this town and have persecuted their fellow townspeople over last the two years. The town also sits amid a bitter dispute between both Turkey and Iran, over their ethnic and the sectarian identities, respectively. Its officials had a number of issues with the Mosul administrators before ISIS control, making their return to Mosul also hard. The Iranians and Baghdad will strongly resist any attempt to make Tala’far part of the new Sunni region.

It is unlikely that the Nineveh province will be the same again. Carving out new provinces from the current one will have better administrative and demographic reflections, and will also reduce the tensions between communities and their governing parties. It might also contribute to the solution of disputed territories issue between the Kurdistan Region and Baghdad.

Ari Mamshae is currently studying for an MPP at the Blavatnik School. He has been working in the Kurdistan Government since 2012.
Conflict and stability