What the emergency room taught me about being overworked 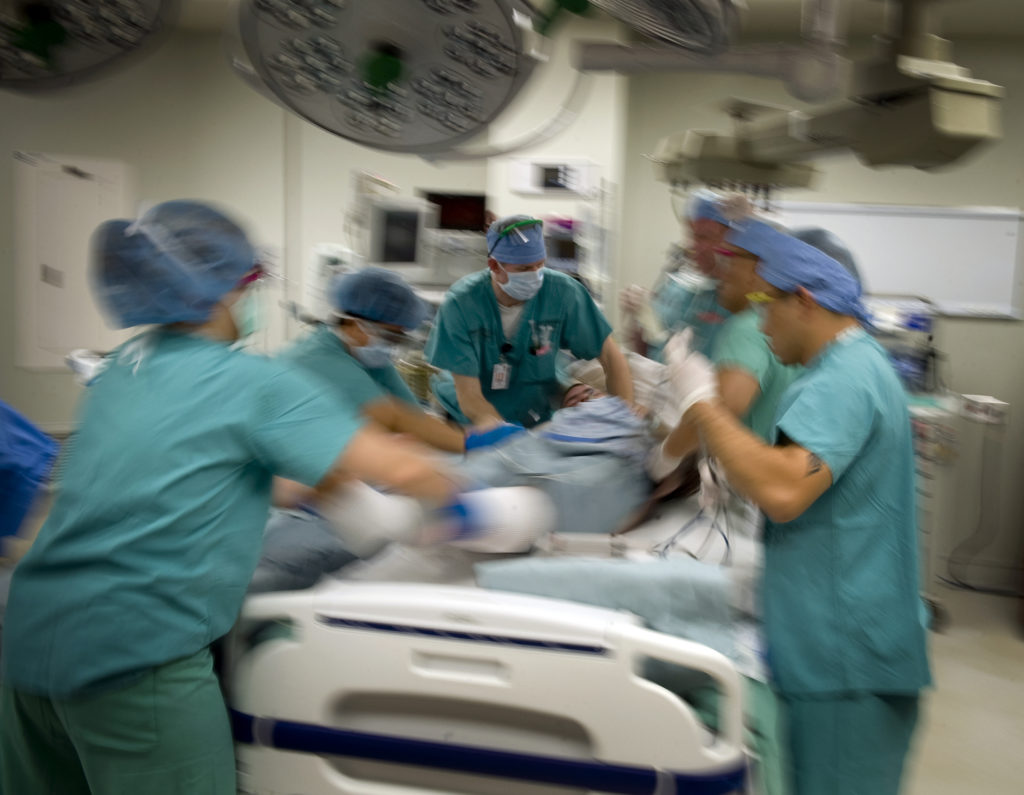 It was a hectic Saturday afternoon in the emergency room of a major Berlin hospital. The list of unseen patients was long, the hallways astir with nurses and doctors juggling diverse tasks and patients. I quickly greeted my busy colleagues and they briefed me on what had priority—no time for niceties right now. I looked at the ‘unseen cases’ shelf, where several patient files were neatly placed next to each other, each with a triage code and sometimes handwritten notes that indicated what had already been done.

In moments like these, an ER team’s primary task is to bring quiet to the storm by prioritizing problems and coordinating efforts. It also meant that I had to keep my discussions with the patients brief—at least for the moment. So when I rushed to my next patient (an athletic but miserable looking woman in her mid-forties laying on a stretcher), I began with an apology: “Hi! I’m your doctor. I have to be quick for now because we’re crowded, but I promise I’ll be back soon with the time we need. I’m here to draw blood and see if there’s anything you need urgently?” I was also assessing her at once: She was neither in pain, nor short of breath, or confused. However, her blood pressure was low and she did look ill. In fact, she had collapsed at home and was overwhelmed by sudden weakness.  A rapid physical exam revealed nothing special, neither did her EKG. After I had drawn blood and put the intravenous line in place, I asked the nurse to give her a drip while I raced on to the next patient.

An hour later that big wave of patients had been temporarily tamed. I was thirsty and my bladder needed emptying. But I was tensely toggling between typing my reports and checking for updates from the laboratory. Suddenly, the test results of the woman I saw earlier popped up. To my surprise they were… normal! Entirely normal!

I sat down next to her and told her that I now had time to talk. I paused, then told her, “the blood tests revealed nothing abnormal—and we analyzed many parameters.” she looked entirely unsurprised, so I added: “But, as you know, we treat humans, not lab values. So I was wondering if you have a hunch as to what may have caused your symptoms?”

Her reaction was a mix of relief and pain. She was a law enforcement officer when the influx of refugees fleeing the Syrian Civil War had reached impressive highs in Germany. All security agencies were working at full throttle to ensure things went well and she was one of their few female leaders. “I want to be on par with the men, but it seems to me that I’m just not strong enough, either physically or mentally.” “It’s funny you say that…” I replied “…because I regularly get high achievers like yourself telling me the same thing, they’re surrounded by silverbacks. Everyone thinks they are the only ones who struggle with the workload and feel pressured to constantly prove their stamina. I seem to see two types of people: those who are good at keeping shiny façades and those who get frustrated because they can’t see the others’ show.”

In the end, we were able to rule out any major physical illness which was very reassuring to her. But her entire emergency room experience had a much deeper therapeutic effect on her: if anything, it gave her a time-out to reflect on this warning her body had offered her. She took it as an impetus to start taking constructive action towards a healthier life and cultivate a more mindful spirit.

But she wasn’t the only case that I saw like that. I really kept seeing high flyers in their thirties and forties breaking under the pressure they bore at work, home, and elsewhere. Shortly thereafter, BMW’s CEO Harald Krüger was front-page news after he collapsed during a speech at a trade fair. I wanted to do something about this and wrote to a German magazine, offering to write pieces on healthy lifestyles. Weeks later, a gentleman from that magazine called me to tell me how much my words resonated with him. He had been brilliantly playing the career game until he reached the top, which resulted in his being exhausted and decreasing his productivity. He then decided to take a step back, just a little lower in the hierarchy and rapidly regained his joy at work, had more time for his family and discovered new perspectives that made him a better professional. “The time is over when taking a break is professional suicide…” he said, “…nowadays, it’s an advantage to possess diverse experiences and if you’ve made it to the top before, you will get back if you want to.” His understanding of choice impressed me. He knew he could opt out of this noxious game while others kept it alive by playing along because they were trapped in it. Opting out, then, had a double impact: not only did it make himself and his family better off, but he also highlighted to others the healthy power of listening to oneself and recognizing one’s limits of both capacity and desire to endure exhaustion.

“But am I really listening to my body?” I asked myself. I had been working full time on shift duty and also running side-projects during my free time. I often neglected my own most basic needs, such as eating meals and getting a proper night’s sleep. Having served in the airborne infantry, I knew I could function far beyond my initially perceived limits. I also use relaxation techniques that I learned from my father, a psychiatrist, who taught me how to feel rested with just five hours of shut-eye. But I couldn’t help but see the hypocrisy in treating patients who suffer from poor work-life balance all the while I was busy ignoring my own advice and needs. A study showed that most junior doctors in intensive care units have a worse urine output than their patients, implying that it is more difficult to manage our own fluid balance than that of our patients! Burnout rates among physicians are high and rising, which is appalling for a profession prides itself on promoting human welfare.

Fortunately, I regularly hear the warnings of senior doctors: “You need to know when it’s time to call it a day and rest.”, “Don’t miss meals.” and “Plan for a good time when you’re off duty”. You will even find these recommendations in books, like the Oxford Handbook of Clinical Medicine. Not many of my non-medical friends mention such advice coming from their bosses! Rather, they constantly feel blackmailed by their misplaced sense of guilt and insufficiency, leading them to work even more with often decreasing efficiency. They then voluntarily carve out additional waking time out of their sleep or suffer from sleeping problems (as seems to be the case in about one third of the general population).

Fortunately,  there seems to be a surge of great articles praising sleep as grace. Here again, my Oxford Handbook of Clinical Medicine tells me to “Remember that sleep is our natural state, in which we were first created, and we only wake to feed our dreams”. However, many of my  patients, friends, and colleagues dwell in a perpetual state of mental and physical exhaustion.  They push themselves to their limits at work and in private. That leaves little time and mental capacity to reflect and listen to oneself. We just rush up a career ladder only to discover decades later that it is leaning against the wrong wall.

“So do you think I should apply for a Ph.D. here?” I sat at the canteen of the Harvard School of Public Health when I asked this question to an absolutely inspiring woman: she was a full-time emergency room doctor at one of Harvard’s hospitals while doing a Master of Public Health on the side. She was the last person I expected to hear this answer from: “The best advice I can give you is to ask yourself if you would enjoy the journey? We all tend to be overly focused on the outcome of such a decision and forget that some career decisions will take years until we arrive where we desire to be. So the key question is: will I love the ride?”

Many young professionals are full of bliss and abundant enthusiasm for what they do, providing them with the energy they need to champion the pursuit of their dreams. That can lead to a beautifully fulfilling journey, full of memorable moments and insightful discoveries. So it’s perfectly fine to work hard, even for many years, as long as we stay connected and sincere to ourselves and others. To make this possible, we need to support a culture that is accepting towards personal limitations. We owe this not only to ourselves but also to our colleagues who compare their own stamina and ambition with what they think they see in their peers. So let’s stop bluffing, let’s stop obsessing with the goal and let’s begin to think more about how we can help one another have more beautiful days on our lives’ journeys.

This article first appeared in Mind This magazine on 21 September 2016. See the original article here.

Sven Jungmann is a BSG alumnus (MPP Class of 2013) and a medical doctor working on healthcare innovation and digitization for start-ups, the German Ministry of Health, and the European Commission. He is Director of the Exponential University’s Healthcare Initiative.
Health