The war in Yemen: where no one wins 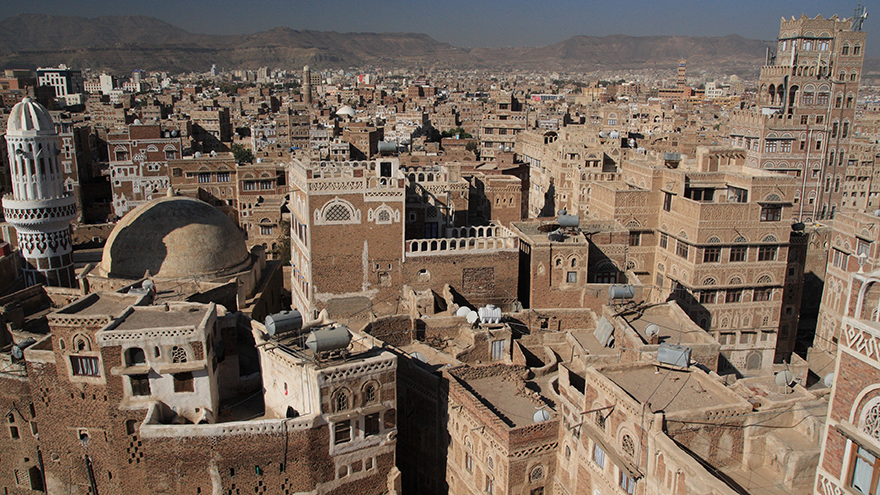 I will never forget the night of March 25th 2015, the day coalition forces started bombing Yemen. I rushed out of my safe Oxford library at 3 am to call my mother back in Sana'a. I could hear my always-strong mother scared of the unknown as she hid in the basement along with my father and brother. A coalition of 10 countries had suddenly started bombing my already improvised and unstable country. Not only was my country being attacked, but a blockade was enforced, immediately banning anyone and anything from entering or leaving Yemen. As the coalition strikes and blockade continue, people are now faced with one option: being caught in the cross-fire as they face an ultimate catastrophic security and humanitarian crisis.

I doubt intelligent policy makers in Saudi Arabia are ignorant of the catastrophic security and humanitarian consequences of this war, not just to Yemen, but the whole region. Is there even a plan for what comes next?

Even though Saudi Arabia claims that the targets of the war are the Houthis and forces loyal to former president Saleh, a list of the daily target sites shows that all that has actually been attacked is Yemeni infrastructure. Targets so far include all major airports, ports, at least five major private business factories, government buildings, gas stations, gas trucks, bridges, and believe it or not, wheat trucks! This list of course excludes the military bases and equipment, which if anything, are the building blocks of Yemen's strong national army, which guarantees future protection against militias and armed groups like the Houthis. In other words, the main victim of this war is the Yemeni population.

As I write this article, at least hundreds of civilian casualties are estimated. The rest of the population faces slow death as the blockade continues. Warships are implementing a full blockade on all Yemeni ports. Lately, they have even blocked a vessel carrying more than 47,000 tonnes of wheat from entering Yemeni ports. This is happening to a country that is heavily reliant on imports for its livelihood. Fuel is currently simply unavailable, except for a very limited and extremely expensive quantity in the black market. Electricity blackouts last for days. One can only imagine the impact this has on hospitals and other aspects of livelihood. If this blockade continues, it is only a matter of time before Yemen faces a many times worse humanitarian crisis than Syria.

Let's be clear. If the goal of the war is to combat the Houthi advancement and restore president Hadi, this war is doomed to be a failure. If anything, the Houthis are now controlling more areas than they ever did before, for the simple reason that you do not beat a militia with airstrikes. On the other hand, the controversial president Hadi is now hated more than ever after all the damage that the war has caused to the livelihood of millions of Yemenis. Do intelligent Saudi policy makers genuinely believe that Hadi could still have a place in Yemen after all that the war has inflicted?
As the war continues, there is only one party that will come out victorious: Al-Qaeda in the Arabian Peninsula (AQAP). Due to the chaos, the group has already been able to seize al-Mukala, a major port city in south Yemen.

The Houthis, whom Saudi Arabia claims this war is against, are an entrenched component of the Yemeni society. Some media outlets shallowly portray the group as a shiite extremism group that does not exceed being a puppet for Iran. But this is a narrow and inaccurate view. The group has formally participated in the Yemeni political scene since 2011. They have a lot of supporters, whether we like it or not. Politically, they have participated peacefully in the transition process through their engagement in the national dialogue during the past two years, and provided their rather advanced vision for a civil state along with other components. Additionally, singling them out along with former president Saleh as the only spoilers in the otherwise perfect Yemeni transition process bluntly ignores the hindering actions of other components and increases the domestic tension further.

In brief, the Houthis will remain a major component of the Yemeni society and the political scene. The question is, do we want to accommodate them through encouraging dialogue with them, or do we want to "push them back to the caves"? I strongly argue that the latter option, though extremely difficult and costly, would further radicalize the group and would only exacerbate the security threat that Saudi Arabia fears on its borders.

If I were an intelligent Saudi policy maker, I would step out of this war while it is still possible. It is only through a cease-fire and an unconditional dialogue that any victory can be achieved and peace and stability restored to Yemen. I would even take it a step further and look at opportunities for a pragmatic alliance with the Houthis to fight a common enemy: AQAP. Did I say an alliance? Yes. If anything, Yemeni tribes are pragmatic. The alliance between the Houthis and former president Saleh, who fought them for six years, tells us that.

And the last advice I would give Saudi Arabia is to stay away from allies that have no strong support on the ground and clearly no future. It is simply not in their best interest.

This blog first appeared on the Huffington Post UK. Alia Eshaq is studying for an MPP at the Blavatnik School of Government and can be found on Twitter @aliaeshaq
Conflict and stability