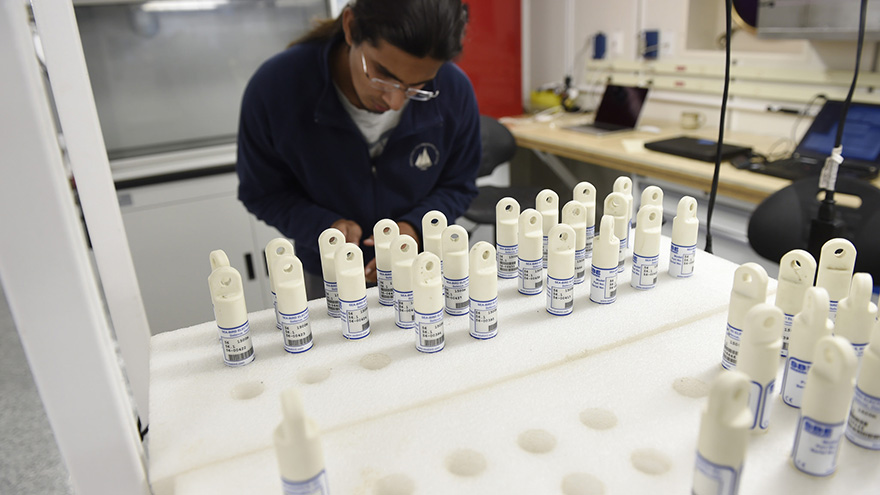 "Give me your tired, your poor,

The wretched refuse of your teeming shore.

Send these, the homeless, tempest-tost to me,

I lift my lamp beside the golden door!"

The United States of America was founded upon a legacy of free and forced migration into the country. According to the U.S. Census Bureau, only 2% of an estimated total population (as of 06 February 2017) of 324 million people in the U.S. identify as Native American (American Indian) or indigenous to the land now known as the United States.

Most individuals domiciled in the U.S. have foreign-born ancestors or were born abroad. Thus, our country was founded upon principles of openness, grace and mercy to all who suffer political, religious, ethnic, cultural, social, ideological, academic and other types of persecution in their home countries. Sadly for so many “huddled masses yearning to breathe free” seeking entry into the U.S. some days ago, the “lamp” went dark and the “golden door” was slammed tightly shut.

President Trump’s Executive Order, “Protecting the Nation from Foreign Terrorist Entry into the United States,” barred U.S. admission to individuals from Iran, Iraq, Libya, Somalia, Sudan, Syria and Yemen. The Executive Order has generated anxiety within the scientific community, as many of those denied entry are foreign students and scientists from countries affected by the travel ban. Whilst previously a safe haven for immigrant scientists and physicians who escaped violence, civil unrest and difficult socioeconomic conditions at home, the U.S. no longer guarantees a place for them to conduct their careers in safety. Thankfully, a federal judge issued a temporary restraining order against the immigrant ban.

In some countries, scientists and physicians face significant obstacles not only to their career success, but also threats and restrictions of basic human rights. Since the National Academy of Sciences released its 1993 report, “Scientists and Human Rights in Syria,” countless scientists and physicians have been denied basic human rights, arrested, kidnapped, tortured, jailed, or murdered. Many others have endured long stays in refugee camps. The Syrian Observatory of Human Rights states that five nuclear scientists were targeted for execution in 2014. Physicians for Human Rights estimates that 768 medical workers (32% were physicians) died violently from 2011 to 2016. The International Council for Science has spoken out on violence against hundreds of Iranian and Iraqi scientists. Sanctions have also presented challenges for Iranian researchers. Longstanding U.S. sanctions against Sudan have impeded the work of science professionals, and despite lifted sanctions, collaboration is much more difficult. Weather, difficult terrain and pirates have hindered Somali scientists and physicians.

Despite these obstacles, immigrant scientists have contributed significantly to medicine and science, technology, engineering and mathematics (STEM) fields. Iran’s highly prolific scientific sector – currently threatened by new sanctions – boasts hundreds of research collaborations and thousands of published papers. Although brain drain is a substantial concern (a combined 43% of Libyan scientists and engineers emigrate to Western nations, including the U.S.), scientists work at the highest levels of Libyan government. Yemeni and Libyan science and technology students and professionals visit the U.S. through scientific exchanges via joint negotiated agreements.

Immigrant student enrolment is also vital to STEM education. According to a Migration Policy Institute report and Institute for International Education study, approximately one million immigrants attended U.S. colleges and universities in 2014-2015. Close to 16,000 students were from nations included in the immigrant ban. Nearly 44% study STEM fields (including 77% of Iranian student immigrants). International students earn a larger percentage of graduate degrees in STEM than domestic U.S. students. The National Center for Science and Engineering Statistics recorded 33,498 immigrants (students with temporary visas) in postdoctoral scientific research positions.

Immigrants have invigorated discovery, research, and innovation for over 200 years with inventions and discoveries, for example the telephone (Alexander Graham Bell - Scotland), the theory of relativity (Albert Einstein - Germany), YouTube (Jawed Karim – former East Germany and Steve Chen - Taiwan), Google (Sergey Brin - Russia) and many more. Between 1901 and 2014, foreign-born individuals won 28 Nobel Prizes in Medicine, 23 Nobel Prizes in Chemistry, and 22 Nobel Prizes in Physics. Since the year 2000, immigrants have won 35% of all Nobel Prizes in the sciences. In 2016, not a single winner of the Nobel Prize in the sciences working at an American institution was born in America.

The immigration ban’s negative impact is being recognised across the science and technology sectors. A coalition of 171 science professional organisations submitted a letter to President Trump outlining the ban’s detrimental impact on the status of the U.S.  as a leader in science, technology and innovation. Companies including Google, Facebook, Microsoft, Tesla, Netflix, Apple have all denounced the ban.

A Science Solidarity List exists for immigrants with visa and entry difficulties in which foreign research and science centers host talented, but stranded scientists and physicians. As of 06 February 2017, nearly 900 institutions around the globe -78% of which are located in Europe, 15% in North America, 4% in Asia, 2% in Australia, and 1% in South America - had volunteered to sponsor a scientist or physician in need. Why is the U.S. government unable to follow their lead?

Immigrants should be carefully vetted as individuals and not broadly stereotyped as threats to America. As such, permanent exemptions must be made for highly skilled scientists and physicians at the very least. Furthermore, this ban creates an ominous precedent. What countries will be added to the list, next? It is a slippery slope. As President Trump fights the judge’s halt on the immigration ban order, I hope mercy will be extended to these scientists and physicians.

Dorkina Myrick is a physician-scientist and former Congressional staffer from the United States of America who specializes in health, biomedical research, and science policy. She is also an alumna of the Blavatnik School of Government (MPP Class of 2015). She may be found on Twitter.
Democracy and politics Technology